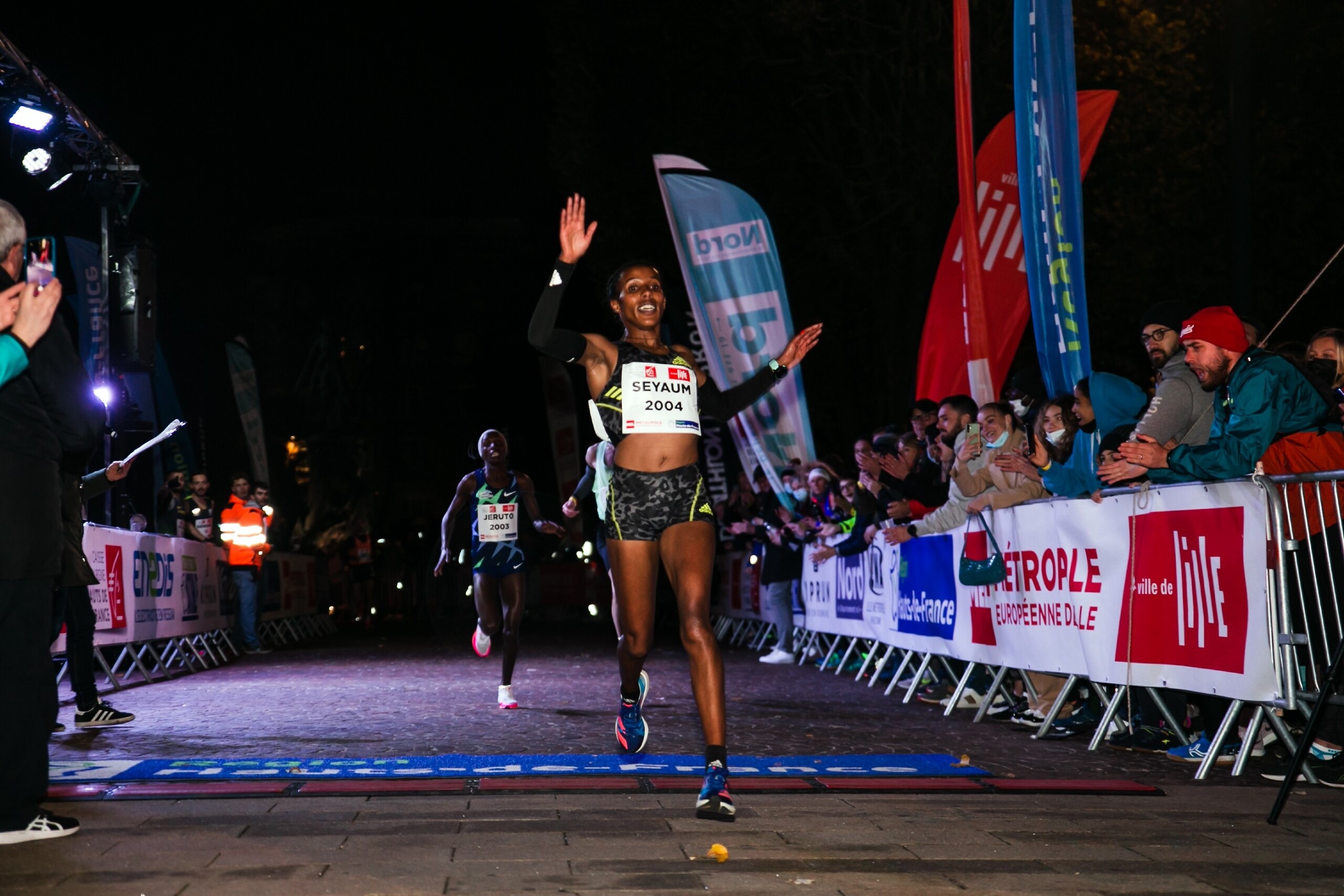 Ethiopian Dawit Seyaum stepped up in style in Lille / © delobelphotography

Ethiopia’s Dawit Seyaum took two seconds off the world record for 5km in a mixed race, winning at the Urbain Trail Lille event in France on Saturday with 14:41.

The 1500m specialist, who was contesting just the fourth road race of her career, had world-leading steeplechaser Norah Jeruto and African 5000m bronze medallist Meskerem Mamo for company through the early stages.

The trio covered 2km in 5:51 and 3km in 8:46, putting them well inside the schedule required to break Beatrice Chepkoech’s world record of 14:43.

The pace dropped slightly in the fourth kilometre as Mamo lost contact with Dawit Seyaum and Jeruto. Seyaum, however, picked up her cadence in the closing stages and pulled away from Jeruto to win in 14:41.

The performance comes just two months after Seyaum’s compatriot, Senbere Teferi, set a women-only world record of 14:29 for the distance in Herzogenaurach.

In the men’s race, Diamond League 5000m champion Berihu Aregawi of Ethiopia came within one second of Joshua Cheptegei’s world record, winning by more than half a minute in 12:52.

Hosea Kiplangat of Uganda was second in 13:25, finishing four seconds ahead of Ethiopia’s Yasin Haji.

There was further Ethiopian success in the men’s 10km as the relatively unheralded Chimdesa Debele Gudeta won in 27:16 from Kenya’s Kenneth Kiprop (27:25). 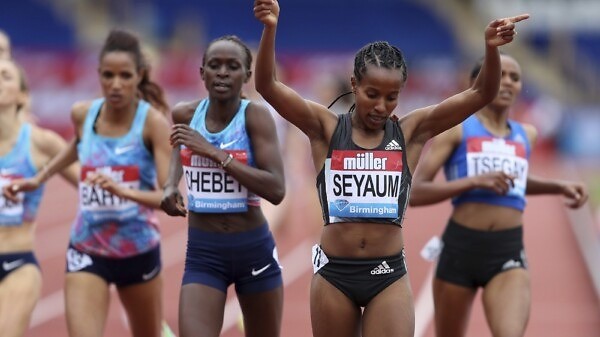 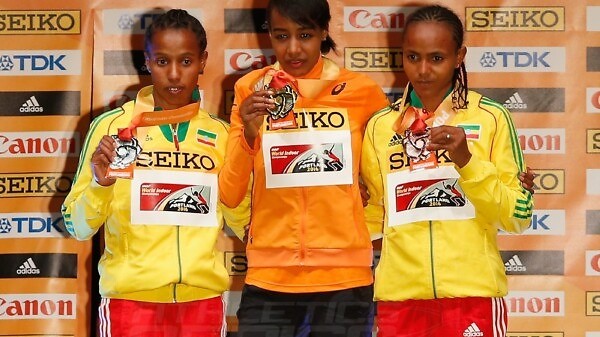 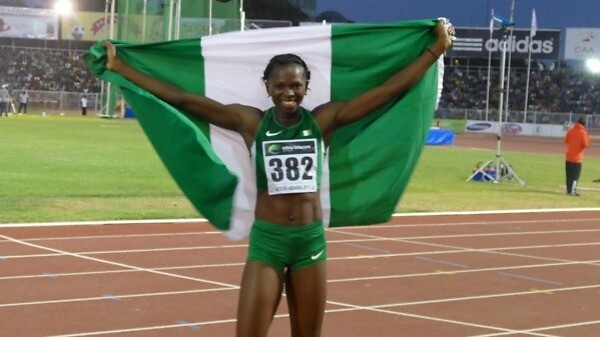