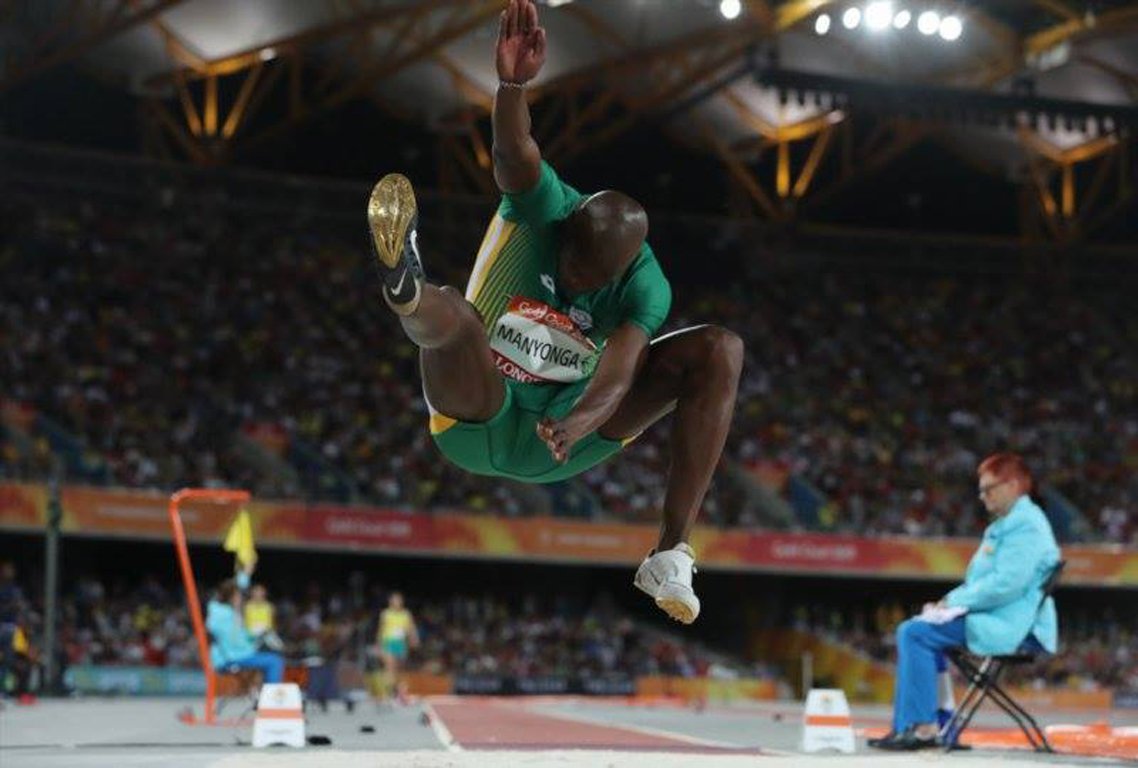 World champion Luvo Manyonga leaped to another major international title, taking gold in the Long Jump Men final as the SA athletics team bagged four more medals, on the fourth day of Track and Field competition at the Commonwealth Games in Gold Coast, Australia on Wednesday.

“This was my first Commonwealth Games and I got gold with the Games record. It was on my bucket list of major competitions,” said a delighted Manyonga.

Ruswahl Samaai added the bronze medal to the Team SA haul with a best attempt of 8.22m.

This is what we live for.

Representing our Nation proud and trying our best in HOPE to inspire others.

Sprinter Clarence Munyai booked his place in Thursday’s 200m final, finishing second in his semi-final in 20.36 and although countryman Anaso Jobodwana also looked to have progressed from his semi-final, he was later disqualified for a false start.

But the management of Team SA was set to challenge that disqualification which is deemed to have been unprocedural and outside IAAF rules. The letter of objection is challenging that the official who made the decision to disqualify has no jurisdiction to overrule.

“We are very proud of our athletics team, who have won four medals today including one in gold and smashing a Games record,” said a happy Aleck Skhosana, the President of Athletics South Africa.

“The board of ASA and the rest of the Athletics Family in the country is very proud of the work put by the athletes, their coaches and the support staff working behind the scenes.

“Once again, it’s proof that when we concentrate on the positive things, we can achieve good things and reach greater heights as a nation. These day-to-day high performances will surely inspire those athletes who are still in competition in the other events.

“Liquid Telecom and other partners must be praised for their sponsorship which is behind this phenomenal performances we see today because through the Athletix Grand Prix, our athletes were able to prepare to the fullest for this level of competition while at home.

“On the Jobodwana, we will await the outcome of that objection on a wait-and-see basis.”