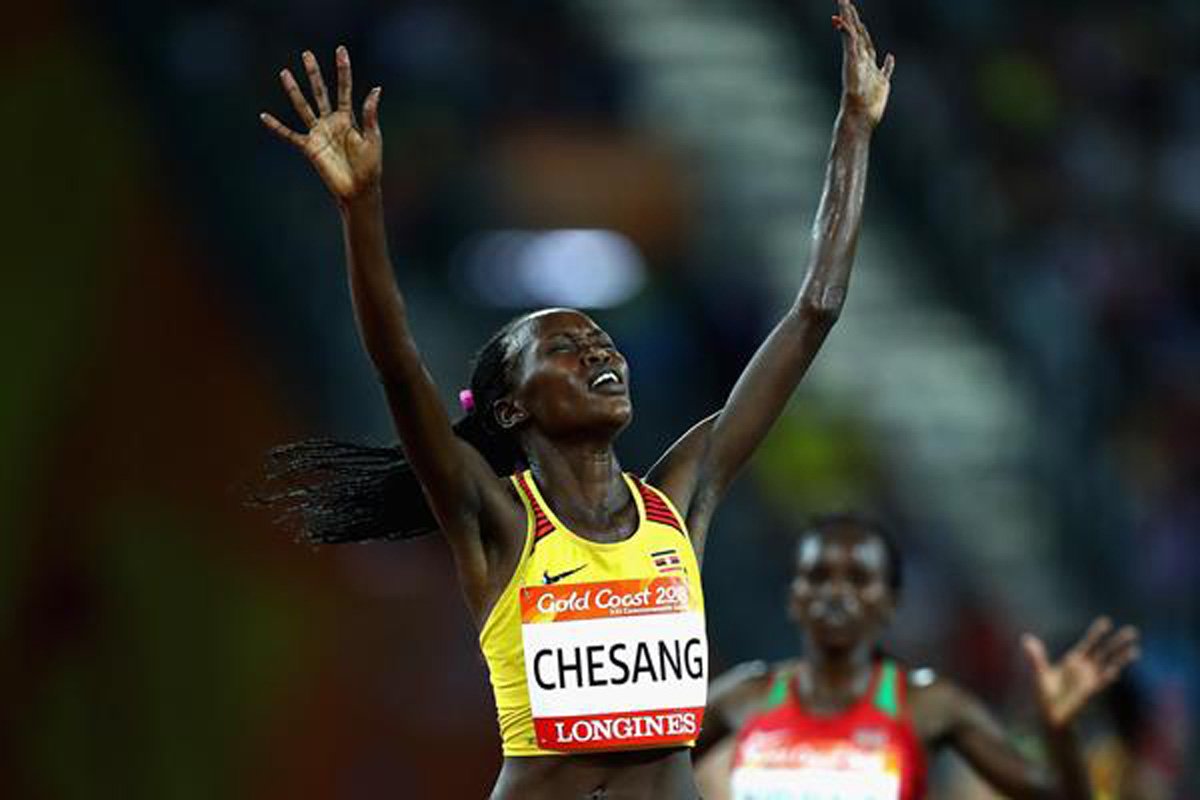 The 21-year old Chesang was in the lead for most of the race at the Carrara Stadium to record a time for 31:45.30, emulating compatriot Joshua Kiprui Cheptegei, who took the men’s 5000m gold medal on Sunday.

After the win, Cheptegei changed his mind and decided to now run in the 10,000m final on Sunday 15 April. He had initially planned to compete in the 5,000m only.

Another Ugandan Mercyline Chelangat also won a bronze medal in the same race in a time of 31:48.41 behind Kenya’s Stacy Ndiwa who was second.
The third Ugandan runner in the race Juliet Chekwel finished in 7th position in a time of 31:57.97.

In the other events, South Africa’s Caster Semenya controlled the first of the two women’s 1500m heats from start to finish to win in 4:05.86, the faster of the two heats.

Kenya’s Winny Chebet, the fastest in the field on entry times, fell in the second heat as she tried in vain to push through a wall of runners ahead of her. The heat was won by Beatrice Chepkoech in 4:08.29.

Botswana’s Isaac Makwala and Bralon Taplin from Grenada won their heats in the men’s 400m semi-finals, Makwala taking the first semi in 45.00 and Taplin the second in 45.44. India’s Muhammed Anas Yahiya matched Taplin’s time in taking the other semi-final.

Nigeria got her first medal of the 2018 Commonwealth Games Athletics competition through Chukwuebuka Enekwechi, who takes the silver medal with a best throw of 21.14m in the men’s Shot Put behind Tomas Walsh of New Zealand, who won gold with 21.41m. Canada’s Tim Nedow took the bronze with 20.91m.

Posted by AthleticsAfrica on Monday, April 9, 2018