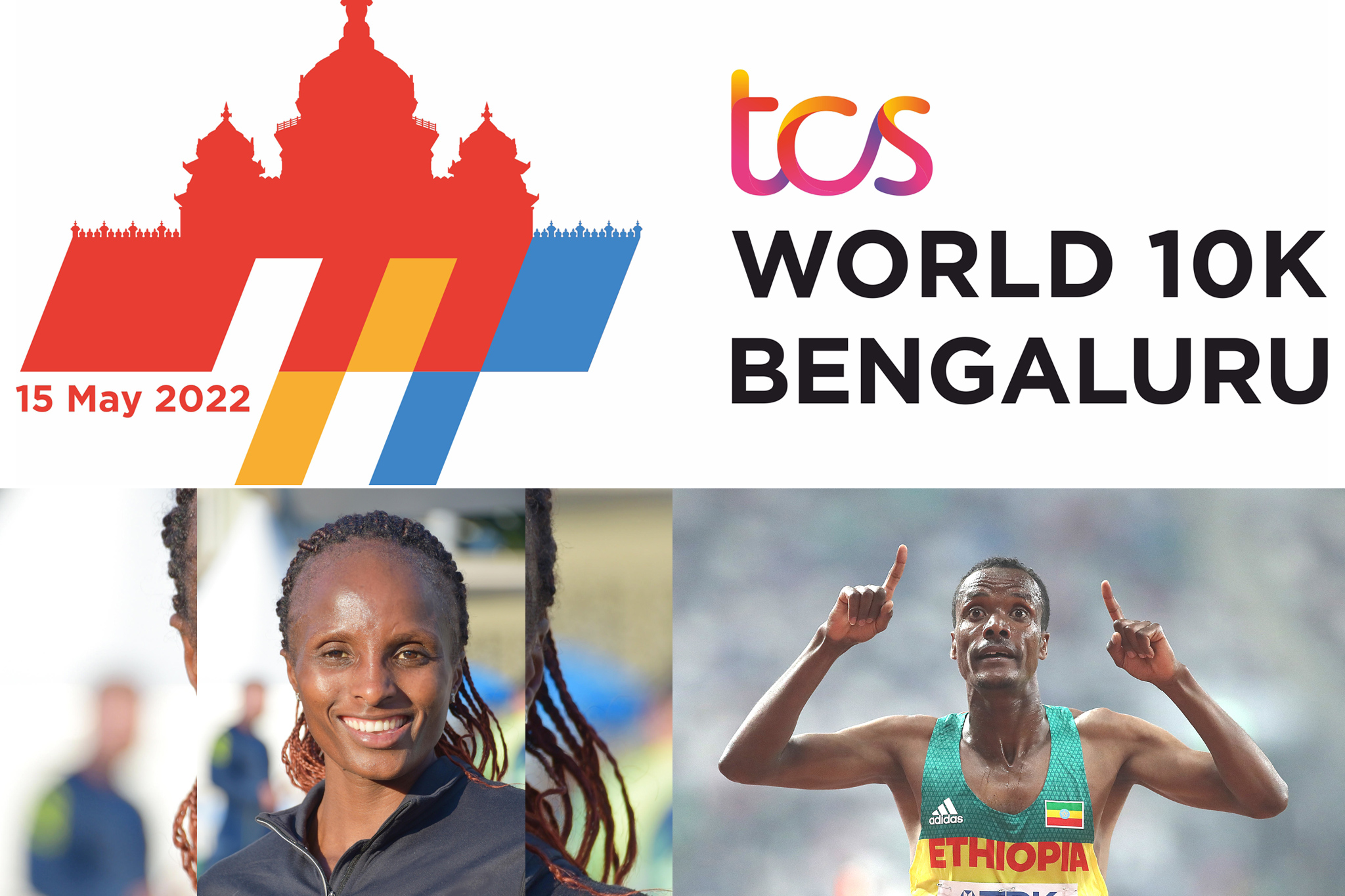 Reigning world champions Muktar Edris and Hellen Obiri will be the star names on the start line of the Tata Consultancy Services (TCS) World 10K Bengaluru 2022 road race on Sunday 15 May.

After a three-year hiatus enforced by the pandemic, with the last edition of the World Athletics Elite Label Race taking place in 2019, race promoters Procam International have pulled out the stops to bring the very best athletes in the world to India’s technology capital.

Muktar Edris, from Ethiopia, is the two-time defending world champion over 5000m on the track and will be using the Bengaluru race as part of his preparations to become just the second man to win three consecutive titles in the event at this summer’s World Athletics Championships in Eugene, USA.

He is no stranger to India having made his half marathon debut in the 2020 Delhi Half Marathon, where he finished fourth in the stunning time of 59:04.

His arrival in Bengaluru fulfils a promise he made after that run. “And when I come back to India, I will certainly be aiming to win and make a bigger impression,” said Edris in November 2020.

Edris will have some strong competition if he is to fulfil his ambition.

Also announced for this year’s TCS World 10K is the former holder of the world half marathon record Kibiwott Kandie, from Kenya, who has a 10km personal best of 26;51 from last year, almost a minute faster than the course record in Bengaluru.

Ethiopia’s Worku Tadesse, who is still only 20, is another man with a 10km best inside 27 minutes, having run 26:56 last September just a few months after he won the world U20 3000m title on the track.

In the women’s race, Kenya’s Hellen Obiri will be making her Indian racing debut next month.

Like Edris, she has also won the 5000m at the last two editions of the World Athletics Championships and took silver medals over the same distance at the last two Olympic Games in Rio and Tokyo.

Into the bargain, Obiri can also claim two other world titles to her name after having won the world indoor 3000m crown back in 2012 and, more recently, she was the 2019 world cross country champion.

Both Edris and Obiri will have the TCS World 10K course records as their targets on 15th May.

Joyce Tele comes to Bengaluru having won the Agnes Tirop Cross Country Classic in February – a memorial race in her honour after her tragic death in October 2021 shocked the world – and has produced some outstanding half marathon times since the start of 2021.

Tele ran a personal best of 1:05:50 to finish second in the Berlin Half Marathon earlier this month.

A third Kenyan to watch out for in the women’s race will be the 2017 world cross country champion Irene Cheptai, who also triumphed at the 2017 TCS World 10K a few months later.

Cheptai has been in good form recently with two strong second-place finishes in the prestigious New York and Prague half marathons in the last six weeks.

“It’s a true pleasure to be able to bring some of the world’s leading distance running stars to Bengaluru,” commented Vivek Singh, joint managing director of race promoters Procam International.

“The pandemic has meant this race has not happened since 2019 but we were always determined that, when conditions allowed, we would once again stage world-class races for elite runners and amateurs,”

“Our commitment to getting India running again and helping people pursue a healthy lifestyle has never wavered and now we are back with a bang in Bengaluru,” he added.

In addition to the TCS World 10K for elite runners, there is an Open 10K, the Majja Run (5km), the Senior Citizens’ Race and the Champions with Disability Race (both 4.2km).

The Open 10K and the Majja Run can also be participated in a virtual run.