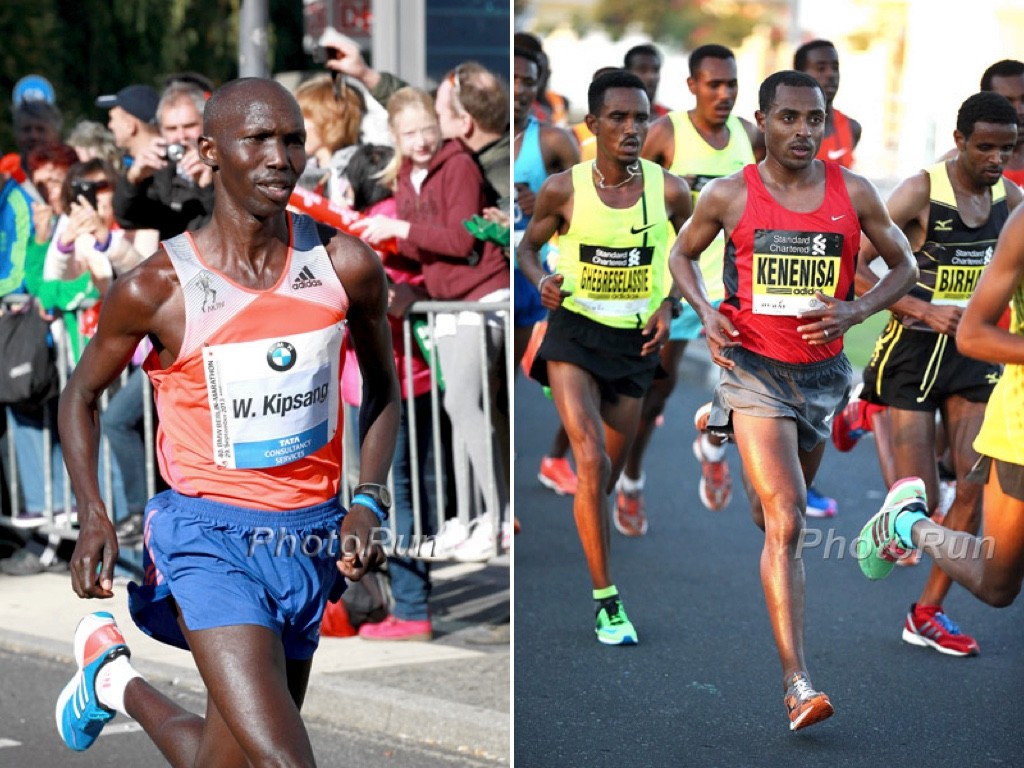 The 2016 BMW Berlin-Marathon will see a duel of superstars Wilson Kipsang and Kenenisa Bekele on 25 September.

While Kenya’s Wilson Kipsang has already won Germany’s most prestigious road race, clocking a world record of 2:03:23 in 2013, it will be the first time that Ethiopia’s Bekele competes on the roads in Germany.

Kipsang’s world record was broken a year later in Berlin when fellow-Kenyan Dennis Kimetto ran 2:02:57, which is still unsurpassed.

The race has a Gold Label status, the highest category awarded by the IAAF.

Wilson Kipsang joined an illustrious group of runners when he broke the world record at the 2013 BMW Berlin-Marathon with his time of 2:03:23.

With that achievement Kipsang, now 34, contributed to the BMW Berlin-Marathon’s status as the fastest marathon in the world.

A record total of nine world records have been broken in this race. Following his world record win in 2013, Wilson Kipsang went on to triumph in his two subsequent marathons, winning in London in 2014 and New York the same year.

“I’m happy to come back to Berlin where I ran my world record in 2013 because I really like the course in Berlin. My goal for this year in Berlin is to run as fast as possible.

“I like to compete in a strong competition and that’s why I’m happy that Kenenisa Bekele also is running in Berlin. And I hope we can stimulate each other to run a fast time.

“Of course this will depend on the weather conditions on the day of the race and whether the pacemakers can do the right job, as they did during my world record race and for Dennis Kimetto when he ran the world record in Berlin a year later,” said Kipsang.

Regarded by many as the most successful long distance track runner of all time, Kenenisa Bekele of Ethiopia, will be running his fifth race at the distance when he lines up for this year’s BMW Berlin-Marathon.

The 34-year-old is a triple Olympic champion and five times winner of World championship titles at 5000 and 10,000m.

That is by no means the end of his achievements which also include eleven titles in the World Cross Country Championships for the short and long course events. He is also world record holder at 5 and 10,000m.

His progress faltered in Dubai in early 2015, dropping out because of injury but he proved his pedigree once again with 2:06:36 for third place in London in 2016.

It’s worth noting that his illustrious predecessor and compatriot, Haile Gebrselassie, went to the start line of seven marathons before his own great talent was fulfilled in the marathon – and what’s more, it was in Berlin in 2007 when Haile ran the first of his two world records in the marathon with 2:04:26.