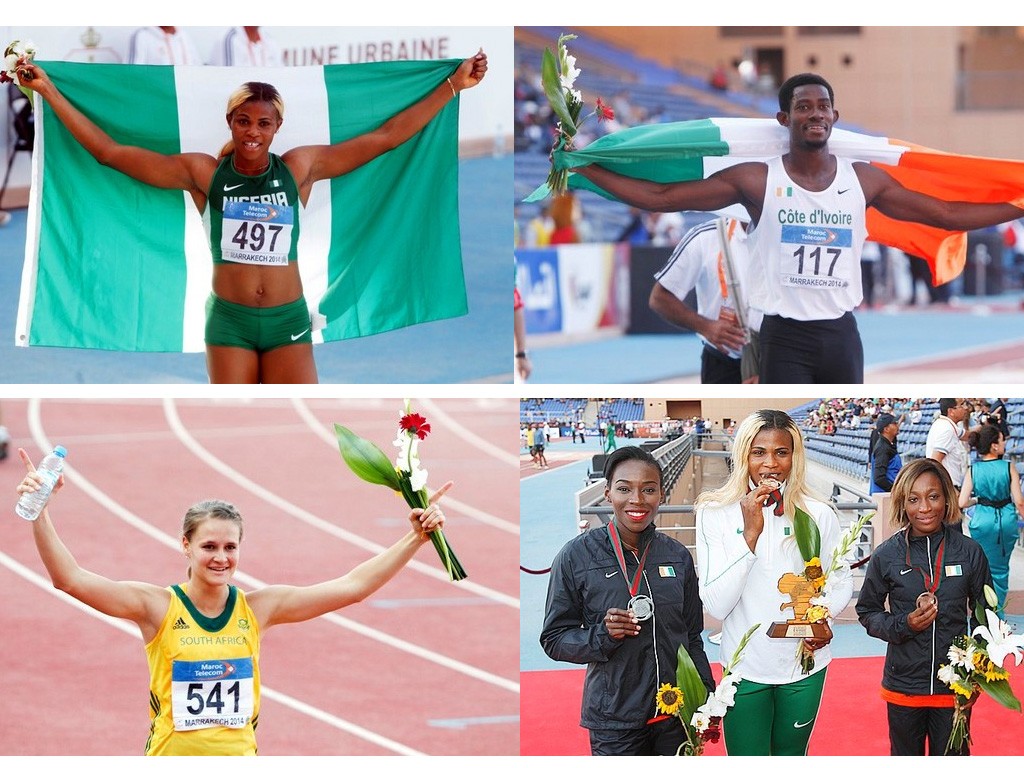 The second day of the 19th Africa senior championships, Monday 11 August, confirmed the new supremacy of Nigeria’s and Ivory Coast’s sprint on the continent.

Nigeria’s Commonwealth Games 100m champion, Blessing Okagbare, added the African women’s title  to her collection in a Championships record of 11.00sec, ahead of the Ivory Coast’s Murielle Ahouré, who came 2nd in 11.03, and Marie Josée Ta Lou, who tool the bronze medal in 11.20.

The 100m hurdles final was full of suspense with a photo finish which finally returned victory to South Africa’s Rikenette Steenkamp ahead of Ivorian Rosvitha Okou Bodjiho, both of them credited with the same performance of 13.26 secs. Nigeria’s Nichole Denby took the bronze medal in 13.27 secs.

The Confederation of African Athletics (CAA) (also known by its French name Confédération Africaine d'Athlétisme) is the continental association for the sport of athletics in Africa.