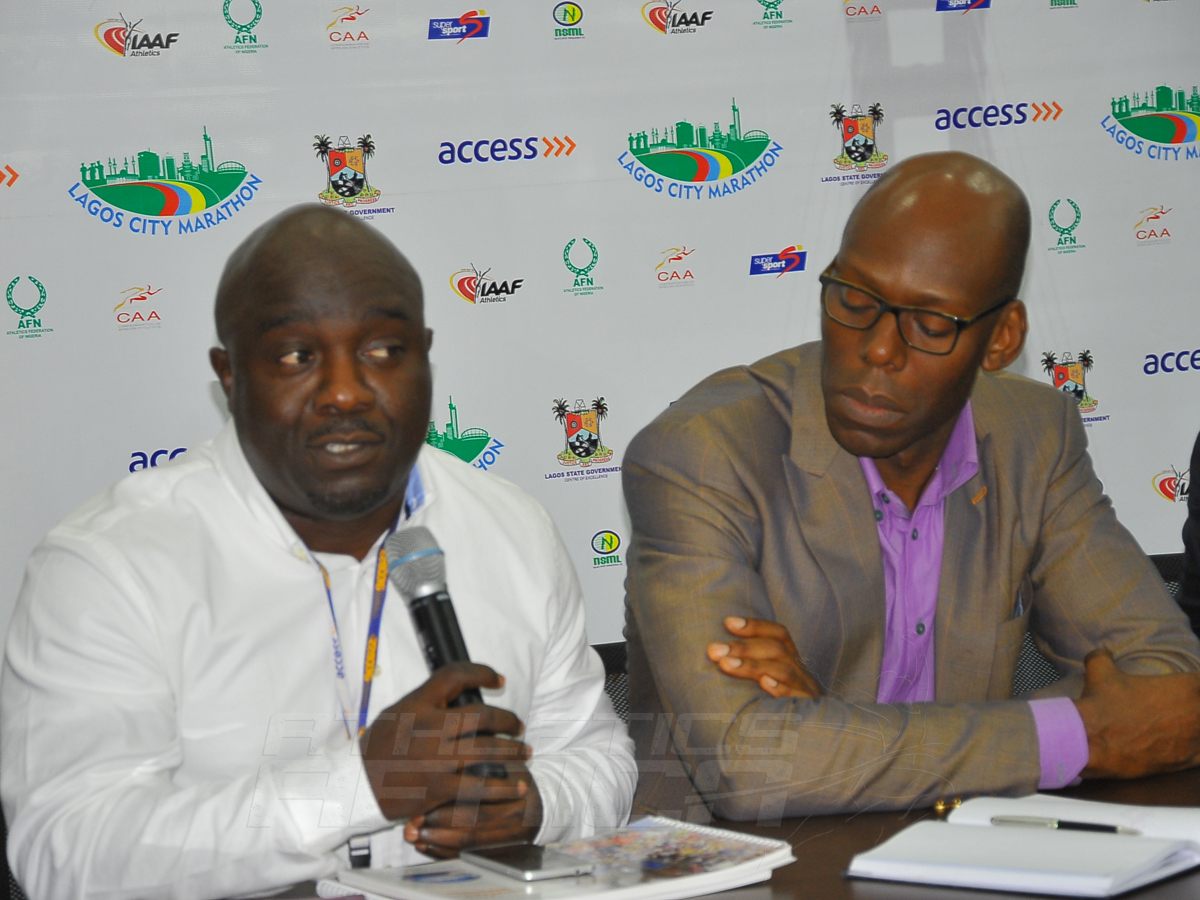 Nigerian athletes participating in the 2016 Access Bank Lagos City Marathon are not just looking at the prize money, but aiming to lower the national record and to qualify for the Rio 2016 Olympic Games.

One of them is Jos-born long distance runner, Emmanuel Gyang, who has stated that he will gunning for another national record among the [link id=”10755″ text=”star-studded field expected”] to grace the maiden Lagos City Marathon.

“I have already started my training and by God’s grace I want to set a new record in my first big outing in a full marathon,” Gyan said from his base in Jos, Plateau state.

He said Lagos has always been a good hunting ground for him and he hopes it will be same when he lines out to compete in the much-anticipated February 6 [link id=”863″ tax=”post_tag” text=”Access Bank Lagos City Marathon”].

“I have always done well when I come to Lagos to run; actually I was the back-to-back champion at the Lagos Beach Marathon (a 10km-race),” Gyan boasted.

Gyan, who emerged as the top Nigerian at the last edition of the annual [link id=”587″ tax=”post_tag” text=”Okpekpe 10km Road Race,”] said it is heart-warming that Nigeria through Lagos state and Access Bank is finally positioning itself properly on the world marathon map.

Already, organisers have announced that the winners of both the men and women’s events at the [link id=”863″ tax=”post_tag” text=”Access Bank Lagos City Marathon”] will go home with $50,000 each, while second and third place finishers will take $40,000 and $30,000 respectively.

The top 20 Nigerians will also be rewarded with cash prizes starting from N1 million, while the second and third positions will settle for N750, 000 and N500, 000 respectively.

As it is the case across the world, Walk Race athletes use marathon races to build themselves for their primary events and for Adeyemi a rare full Marathon race will sure do him a lot of good as he targets to compete in an Olympic qualifier in Kenya in March.

“The target I set for myself is to make it to the Olympics next year and this Access Bank Lagos City Marathon should help me in a way,” Adeyemi who competed at the All African Games in 2003 and 2007 noted.

“The key to improved performances is constant exposure to competitions,” said Adeyemi.

“I don’t have such opportunity because here in Nigeria the concentration is on the sprints. I hope the likes of Access Bank will help switch the focus.”