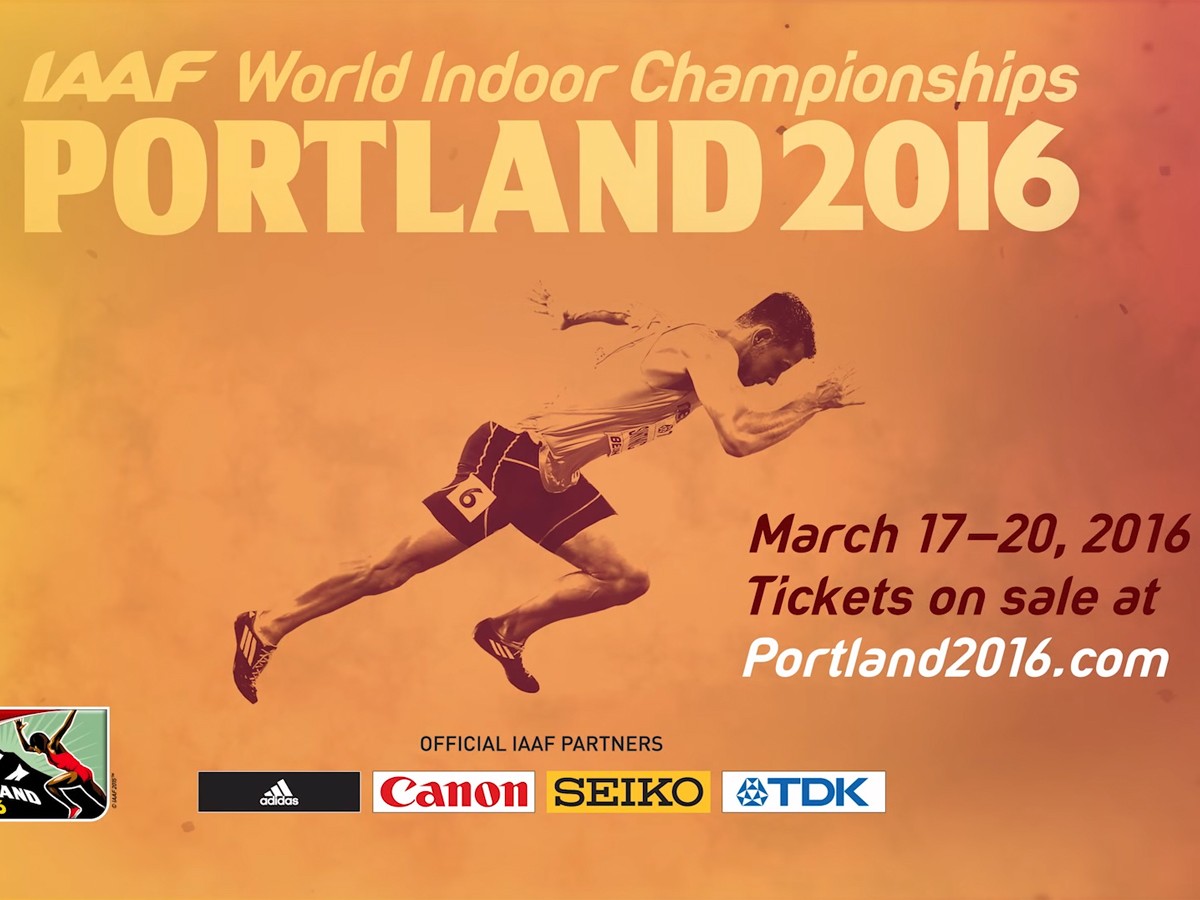 IAAF World Indoor Championships - Portland 2016 official bulletin to mark the 50 days to go until the event.

With two weeks to go until the IAAF World Indoor Championships – Portland 2016, the IAAF and local organisers have promised a global athletics competition like no other.

Here are the four new innovations which will be incorporated into the [link id=”671″ tax=”category” text=”Portland 2016″] competition at the Oregon Convention Center from 17-20 March, 2016.

Before the action kicks off with the pole vault finals on 17 March, the IAAF World Indoor championships will officially get underway with the opening ceremony at 6pm.

During the ceremony, a group of 50 children will carry numerous hand flags of each participating federation into the stadium and distribute them to spectators.

With more than 600 of the world’s greatest track and field athletes from more than 150 countries in action, the [link id=”672″ tax=”post_tag” text=”IAAF World Indoor Championships Portland 2016″] promises to be an incredible sporting spectacle.