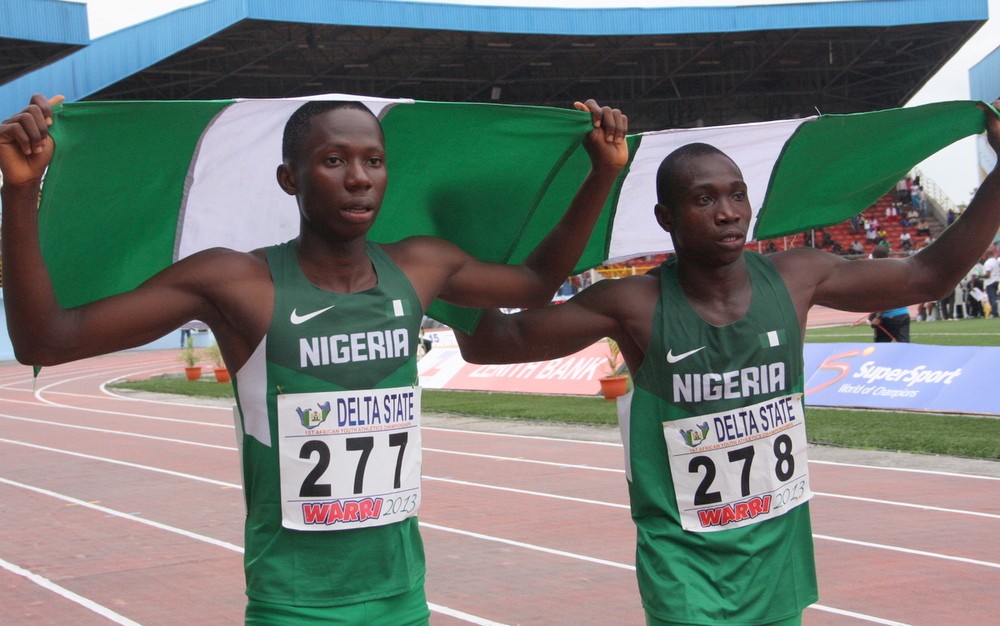 The delegation led by the Vice President of the Athletics Federation of Nigeria (AFN), Tunde Abdulkareem left Lagos on Monday evening to join the athletes and other officials who were already on ground in Donetsk. The first batch made up of eight boys and nine girls, was led from Lagos on Saturday by former sprinter, Endurance Ojokolo and some officials of the Athletics Federation of Nigeria (AFN).

Speaking on arrival Tuesday, two coaches attached to the team, Abraham Odia and Raymond Agboro said they were confident that Team Nigeria will live up to expectations in the championship.
Odia pointed out that the fact that Team Nigeria was able to rule Africa at the last African Youth Championship (AYAC) in Warri, Delta State, was enough for the athletes and officials to know that much is expected from them in Ukraine.

“We are the champions of Africa at the moment at this youth level and if things work out well, we should be able to live up to expectations as true champions. But in a competition of this magnitude, one could only hope for better things to come. We have prepared the athletes well enough and I pray they don’t disappoint us,” he stated.

“Our girl, Anulike Aniefuna defeated the girl from Egypt in Warri and I see her as a potential medalist here if she is able to repeat all she had been doing in camp.”

On his part, coach Agboro, who discovered the two fastest male sprinters representing Team Nigeria in the competition, Devine Oduduru and Charles Okezie, said “We stand a very good chance of winning good number of medals because our athletes have been given quality training from technical experts picked by the AFN.

Also in the technical team are coaches Chet Ike and Tom Nwakwe, while former hurdler, Seigha Porbeni is the coaches’ coordinator.