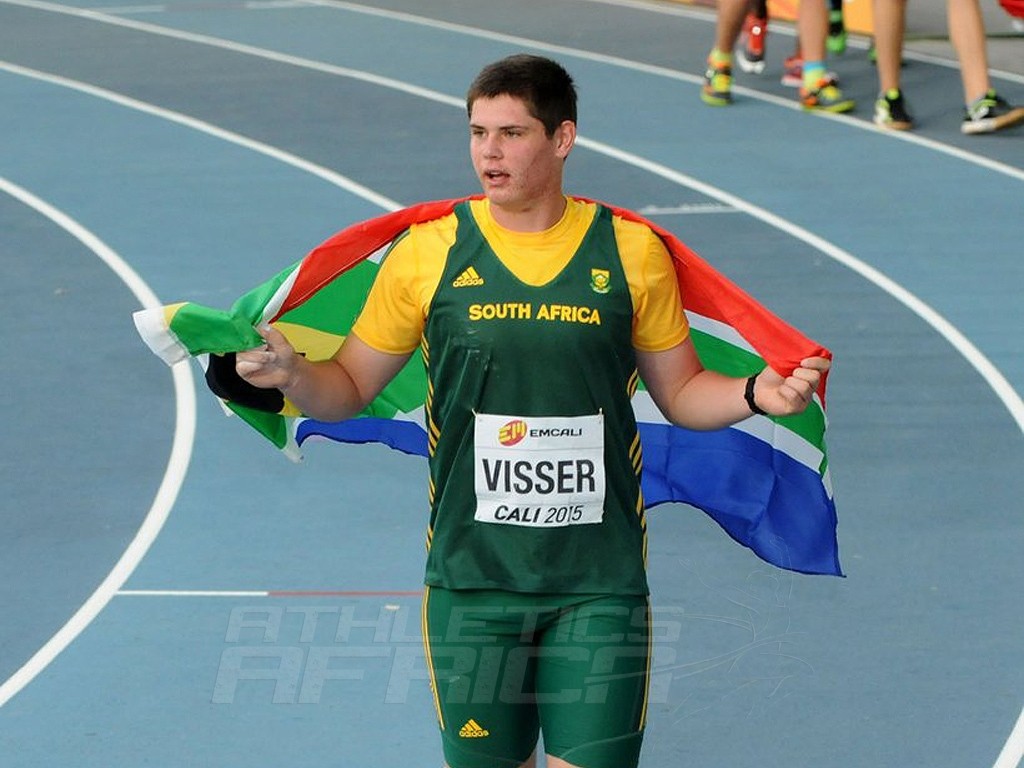 South African Werner Visser produced a huge 64.24m throw in the third round to win the boys’ discus at the 9th IAAF World Youth Championships, Cali 2015 on Saturday night.

The effort was more than good enough to secure the title, and [link id=”217″ tax=”category” text=”South Africa”]’s first gold medal in this event in the history of the championships.

Coming into the championships, the discus appeared destined to boil down to a head-to-head clash between Visser and Sweden’s Wictor Petersson, who were a cut above the rest based on the world list.

After Friday’s qualification round – in which Petersson threw a personal best of 64.83m and Visser 61.93m on his first attempt – things certainly seemed to be following the script.

However, pressure can do strange things. In the final, Petersson endured one of his worst days in the throwing circle, his only recorded mark an extremely modest 53.02m, which saw him eliminated after three throws.

All of a sudden, the event as a contest was essentially over.

“When Petersson fell out I thought I had the gold medal,” said Visser. “I expected to get at least a silver, so I’m happy with the gold. It means a lot to me.”

Visser fouled his final three attempts, but wasn’t unduly worried, safe in the knowledge that a 64-metre throw would be good enough for the title. In truth, though, he expected more.

“I hoped for a better distance,” he said. “In training the last few weeks I threw over 65 metres easily. The first few throws I was really nervous, but once I threw 64m I was okay.”

Wang’s first-round throw of 60.33m was a personal best and proved enough to secure him the silver medal. The bronze went to Great Britain’s George Evans, his only valid throw of 60.22m coming in the second round.