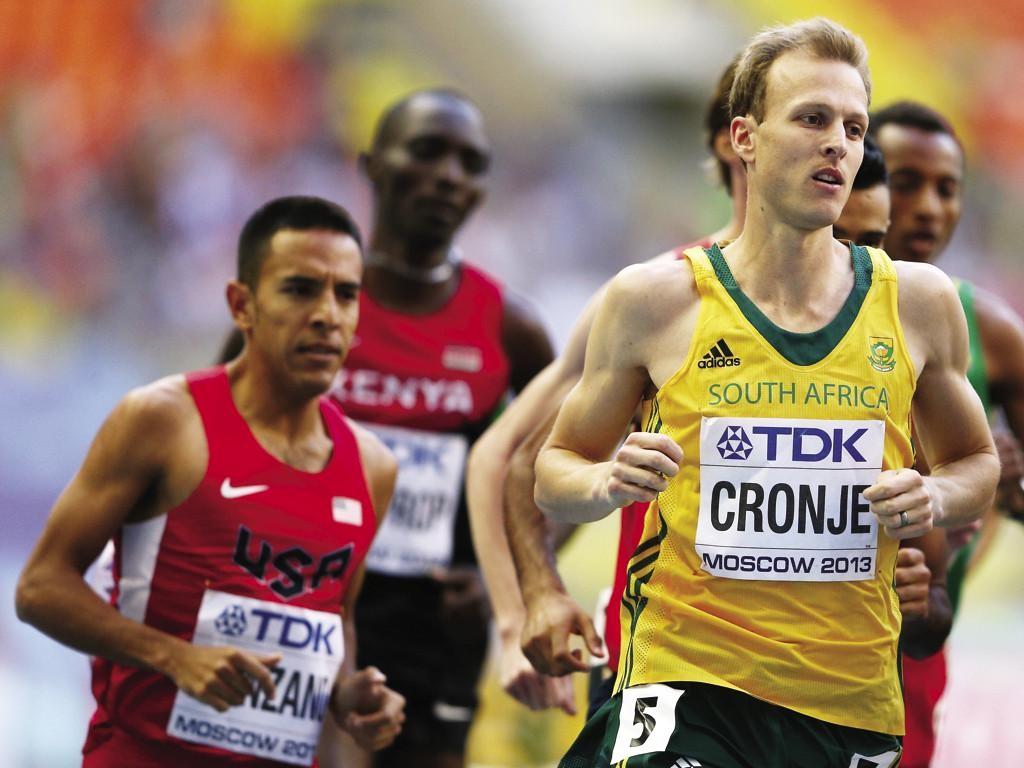 [link id=”381″ tax=”post_tag” text=”Johan Cronje”] sat back for the first two laps, with the leaders setting an erratic pace up front.

Hanging on in the second half, the South African produced a strong surge down the finishing straight to take ninth place in 3:50.70, smashing his personal best my more than four seconds.

“I could feel the pace was fast from the beginning and I didn’t want to get too far behind, so I think I managed myself well in not going with the pace too soon and also not getting discouraged before the last lap,” Cronje said.

“I feel I can go faster, but it’s still quite early in the season, so I’m very happy.”

Johan Cronje, who also holds the SA 1500m record, confirmed he would compete in the metric mile at the IAAF Diamond League meeting in Rome on Thursday.

“I’m not expecting fireworks in Rome,” he admitted. “I think travelling back (to Europe) from Eugene will take its toll, but I will go out and run as fast as possible.”