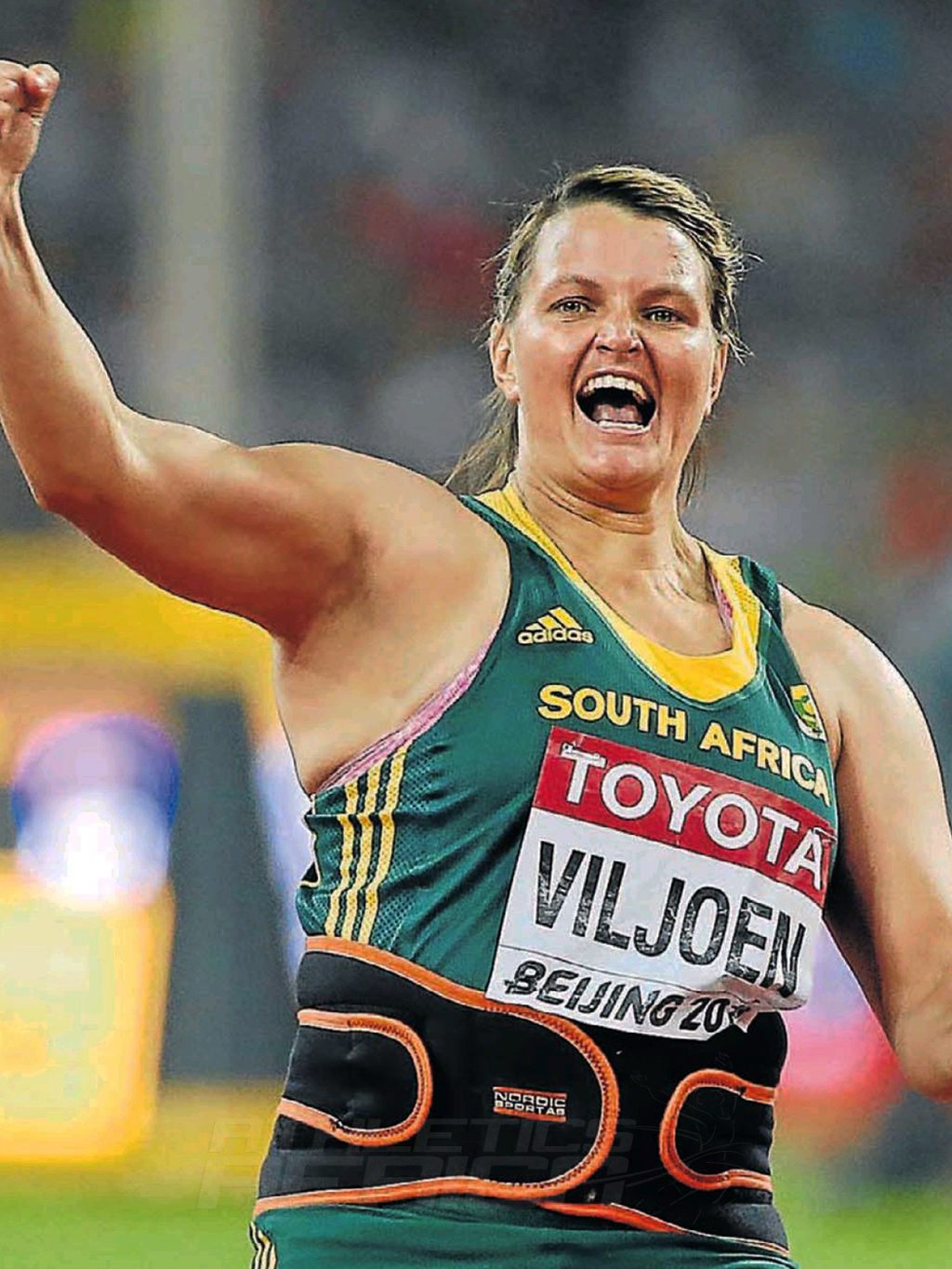 African record-holder and two-time world bronze medallist Sunette Viljoen of South Africa is the sole African representative in the women’s Javelin at the IAAF Diamond League meeting in Doha on Friday 6 May.


Sunette Viljoen, who took bronze at the 2011 and 2015 IAAF World Championships and holds the African record with 69.35m, has more javelin gold medals from the African Championships than any other athlete, male or female, in the history of the championships.

Malachowski will lead a podium reunion from the 2015 World Championships in the discus throw, while Schwanitz will head the field in the shot put and her German compatriot Molitor in the javelin throw.

Aside the South African Viljoen, Molitor will also face a formidable field that include Slovenian record-holder Martina Ratej, who won in Doha two years ago and set her PB of 67.16m at the 2010 edition of the meeting, in her pursuit of a first victory in IAAF Diamond League competition.

Last year, the 32-year-old arrived at the World Championships without a major medal to her name, but rose to the occasion by improving her career best to 67.69m to take unexpected gold.

Malachowski, who also struck Olympic silver in 2008 and world silver in 2009 and 2013, is no stranger to Doha, winning here in 2012 and 2014, two of the three seasons in which he won the Diamond Race. With a career best of 71.84m, Malachowski ranks fifth on the world all-time list.

He will take on Belgium’s Philip Milanov and Poland’s Robert Urbanek, the silver and bronze medallists in Beijing last year. Just 24, Milanov made his IAAF Diamond League debut as recently as 2014.

The 28-year-old Urbanek is considerably more experienced, having taking European bronze in 2014 and achieving victories last year at the IAAF Diamond League meetings in Oslo and Zurich.

Schwanitz produced the finest season of her career in 2015, one in which she won the world title, collected five IAAF Diamond League victories en route to her first Diamond Race Trophy, and led the world with a 20.77m personal best. She also produced the year’s four farthest throws.

“We hope to see that tradition grow this year, especially with world champions Piotr Malachowski, Christina Schwanitz and Katharina Molitor kicking off their Diamond League and Olympic seasons here against very strong and competitive fields.”