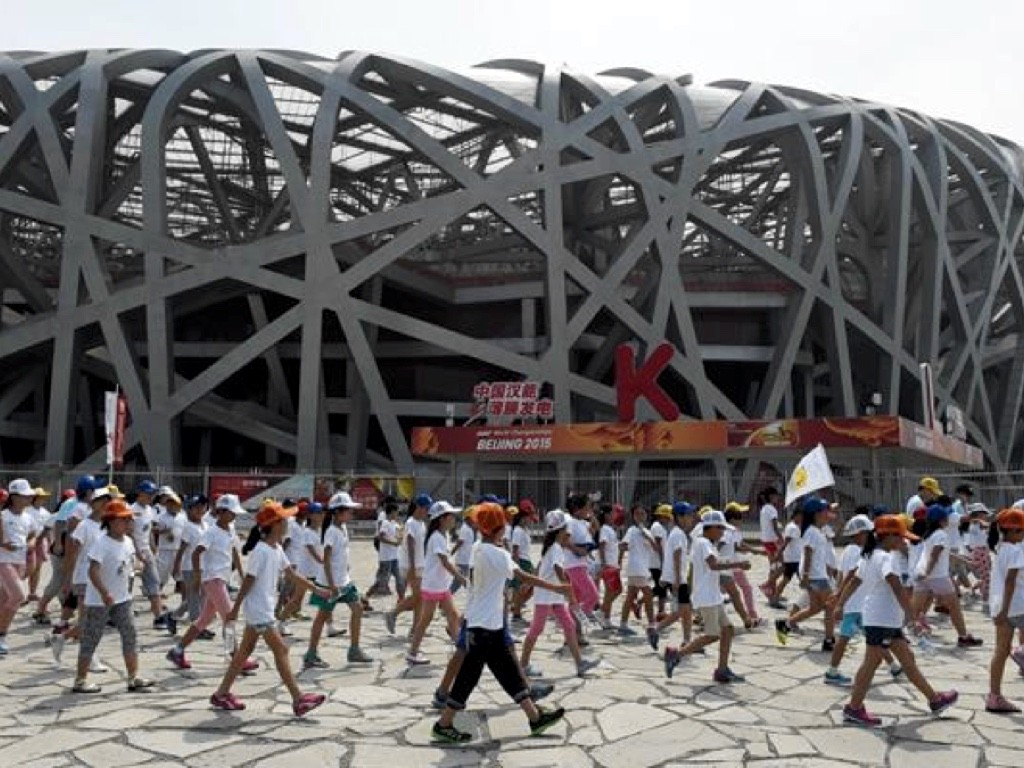 School children outside the Bird's Nest stadium with a week to go to the IAAF World Championships, Beijing 2015 (AFP / Getty Images) © Copyright

The IAAF World Championships, Beijing 2015 could potentially be the biggest world championship in the 15 editions of the event, which started in 1983 and ranks among the world’s leading sport’s events.

With one week to go, the final entries indicate that 207 IAAF Member Federations will send representatives to the Chinese capital for the most important sporting event of the year.

The previous highest number of participating federations was 203, at the last championships in Moscow two years ago.

Although the number of athletes that will finally participate in Beijing will be slightly less, as is normal, this figure still compares favourably with the current highest total of 1895 who competed at the 2009 championships in Berlin.

The numbers have been boosted by the IAAF’s innovative system introduced ahead of these championships of inviting athletes who had not already been entered by the deadline of midnight (Central European Time) Monday 10 August, on the basis of them being among the best ranked in their event (apart from in long distance and walking disciplines) in order to bring an event up to an optimum number of competitors as established by the IAAF.

More about the entry system and standards can be read here.

With just one week to go, the IAAF World Championships, Beijing 2015 is expected to set the standard for the sport’s future championships, with the world’s best athletes going through their paces in the same magnificent Bird’s Nest stadium that was the centrepiece for the 2008 Olympic Games.

As already announced, the Bird’s Nest stadium will be full for all the evening sessions across the nine days, with an audience of 50,000 spectators.