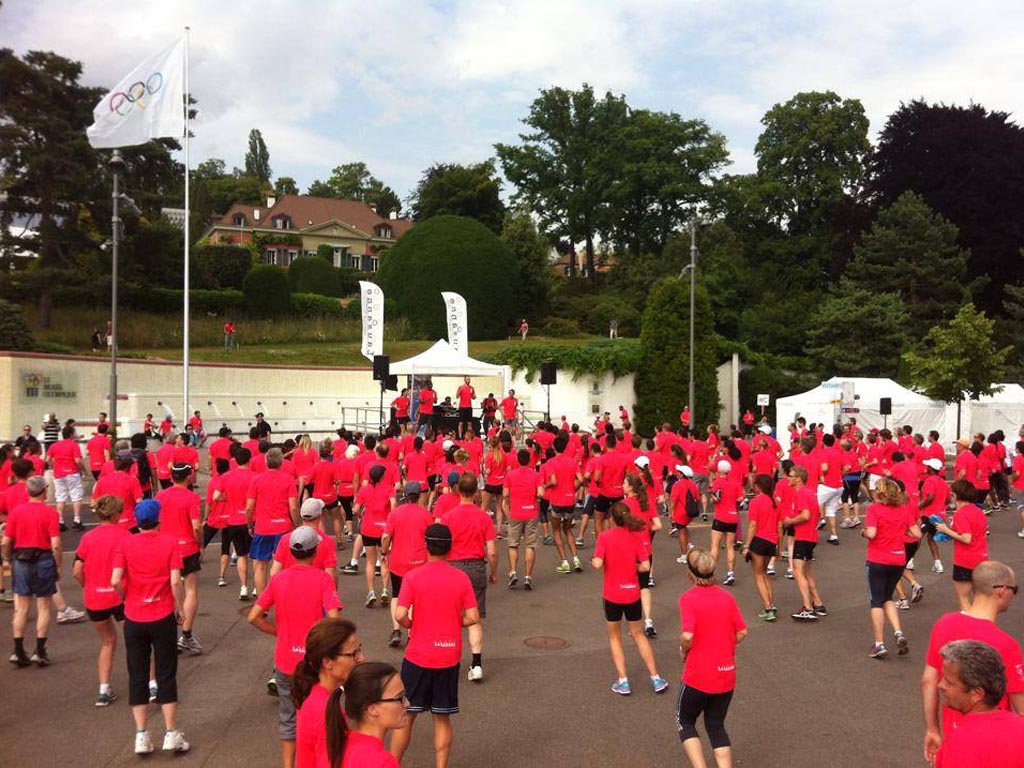 International Olympic Committee (IOC) President Thomas Bach got very much into the spirit of Olympic Day today, addressing over 1,000 runners in a 5.2 km run before hosting Olympic Day celebrations at the IOC headquarters, where he called on people around the world to get physically active and enjoy the benefits of leading healthy lifestyles.

Athens 2004 mascots Athena and Phevos and London 2012 mascot Wenlock were also on hand to help spread the Olympic values of excellence, friendship and respect at the 2014 Olympic Day celebrations. 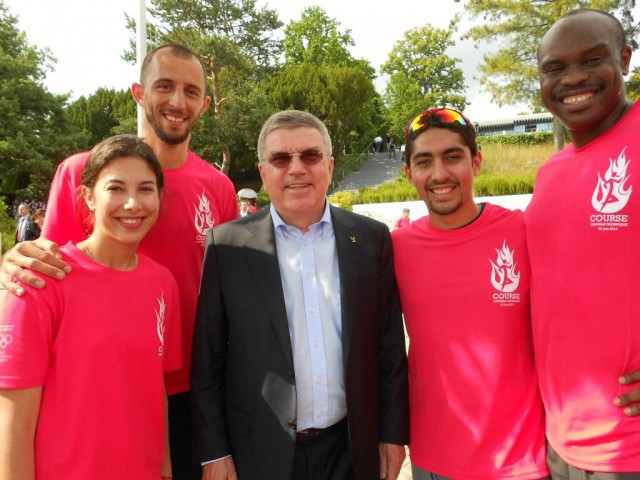 Around the world National Olympic Committees held events and Olympic Day runs to mark the day. The [link id=”335″ tax=”post_tag” text=”IOC” target=”_blank”] also used its huge social network following to encourage people to ‘get off the couch’. Thousands of people took part and posted pictures of themselves taking part in sport.

We need to get the couch potatoes off the couch – and Olympic Day and particularly Olympic Day Runs are one way we can do that.[President Thomas Bach]

After the run in Lausanne, the IOC President opened the traditional Olympic Day celebrations at the IOC headquarters. Together with Sochi 2014 half-pipe champion Iouri Podladtchikov, he unveiled a new statue of the founder of the modern Olympic Games, Pierre de Coubertin.

The statue, which depicts Coubertin sitting on a stool in contemplation, has been placed under a tree – a nod to Coubertin’s well-known way of working. The bronze statue, sculpted by Chinese artist Xikun Yuan, was a gift to The Olympic Museum from the Chinese Olympic Committee on the occasion of the Beijing 2008 Olympic Games.

“Part of Coubertin’s genius was adapting the values of Olympism to the modern world – but he didn’t just hand us these ideas written in stone – part of his genius was to understand that we must constantly renew ourselves and update the Olympic vision,” said President Bach.

“Olympic Day is one of those occasions to show how we can remain relevant. We need to continue to promote sport. We need people and particularly young people to get active.

“We have a number of Olympic Day Runs taking place today around the world organised by our National Olympic Committees. We had one here in Lausanne with hundreds of brave souls participating.”

The Olympic Day was introduced in 1948 to commemorate the birth of the modern Olympic Games on 23 June 1894 at the Sorbonne in Paris. The goal was to promote participation in sport across the globe regardless of age, gender or athletic ability.

Over the last 20 years, Olympic Day has been associated with Olympic Day Runs all over the world. From 45 participating National Olympic Committees (NOCs) in the first edition in 1987, the numbers have grown to over 150 participating NOCs.

Last year the IOC’s cross-platform Olympic Day campaign touched some 400 million people in one way or another.

This year, the IOC hopes to surpass this number with the help of top athletes, including 18-time gold medallist Michael Phelps, Olympic champion Usain Bolt and gold medallist hammer thrower Koji Murofushi, calling on everybody to get moving and try out new sports.