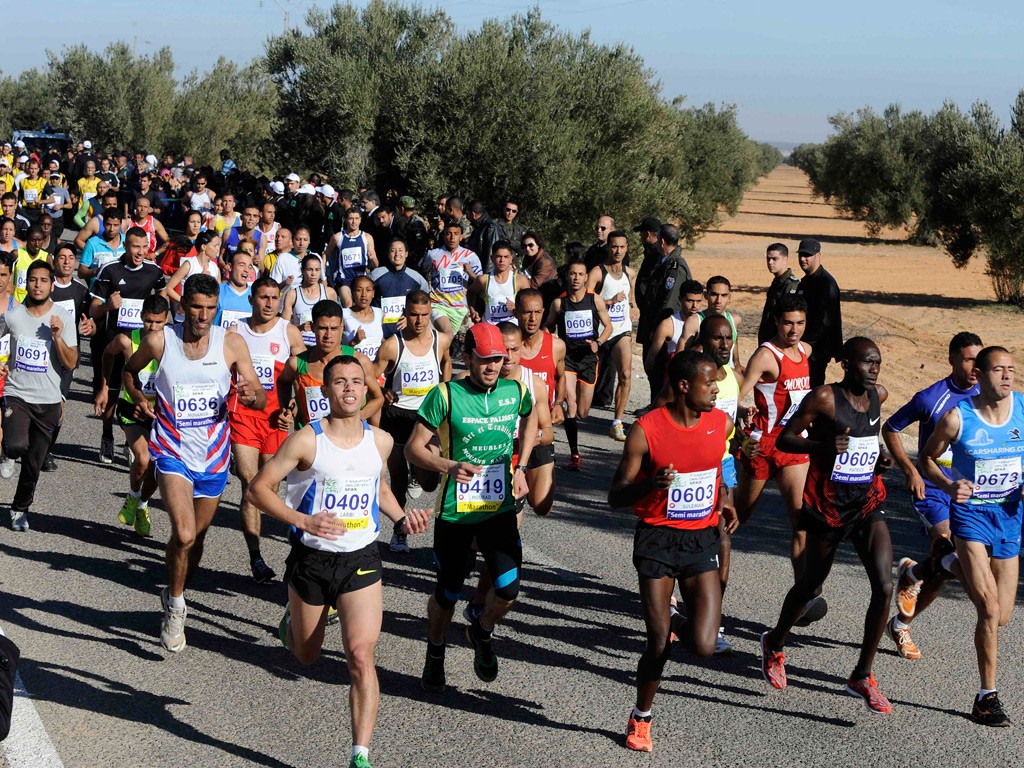 The International Olive Trees Marathon in Sfax, Tunisia have been granted the associate membership of the Association of International Marathons and Distance Races (AIMS) effective in 2013.

More athletes are set to take part in the second edition of the Le Marathon International des Oliviers de Sfax on December 15, 2013 in Sfax Tunisia.

The Marathon, which was inaugurated in December 2012, has already attracted top elite athletes across the world including thousands of running enthusiasts that will gather on Tunisian soil to run the mythical 42,190 Km.

Also, a large contingent of Ethiopian runners and other elite athletes from Kenya, Morocco, Algeria, Spain, Argentina, France, Italy and Switzerland have been confirmed for the [link id=”268″ tax=”post_tag” text=”Sfax marathon” target=”_blank”].

Naamen Bouhamed, head of the local organizing committee, told Athletics Africa, that a larger set of marathon elites compared to the maiden edition have registered for the Marathon and Half Marathon distance races in the male and female category.

He further explained that a November 15 registration deadline has been set for those that want their name printed on the dossard while registration is open till Saturday December 14th for others.

According to organisers of the event, the best gift they could take away from this year’s competition will be an improvement on last year’s record of 02:14:38.

This record, which was set by Morocco’s Khalid Lablaq, is the fastest ever recorded on Tunisian soil, bettering the 27-year-record of 02:15:34 set at the Marathon of COMAR. Kenya’s Edna Kimaiyo won the women category in a time of 02:40:49.

In the half Marathon category, Morocco’s Sadden Khalid won the men event in 01:04:23 while Aziza Alaoui Selsouli also of Morocco won the women category in a time of 01:16:05.

The Sfax Marathon des Oliviers has obtained the international certification of the IAAF–AIMS for two marathons and half marathon races which is valid until 2017. It’s the FIRST time marathon is approved IAAF-AIMS in Tunisia and timing technology company – Mylaps is the approved IAAF official timer for the second edition.

The organisers are hopeful that the event and the new certification will serve as an opportunity for the visibility of [link id=”267″ tax=”post_tag” text=”Sfax ” target=”_blank”]Metropolis and Tunisia in international marathon races. Sfax is also a competing candidate to host the 2021 Mediterranean games.