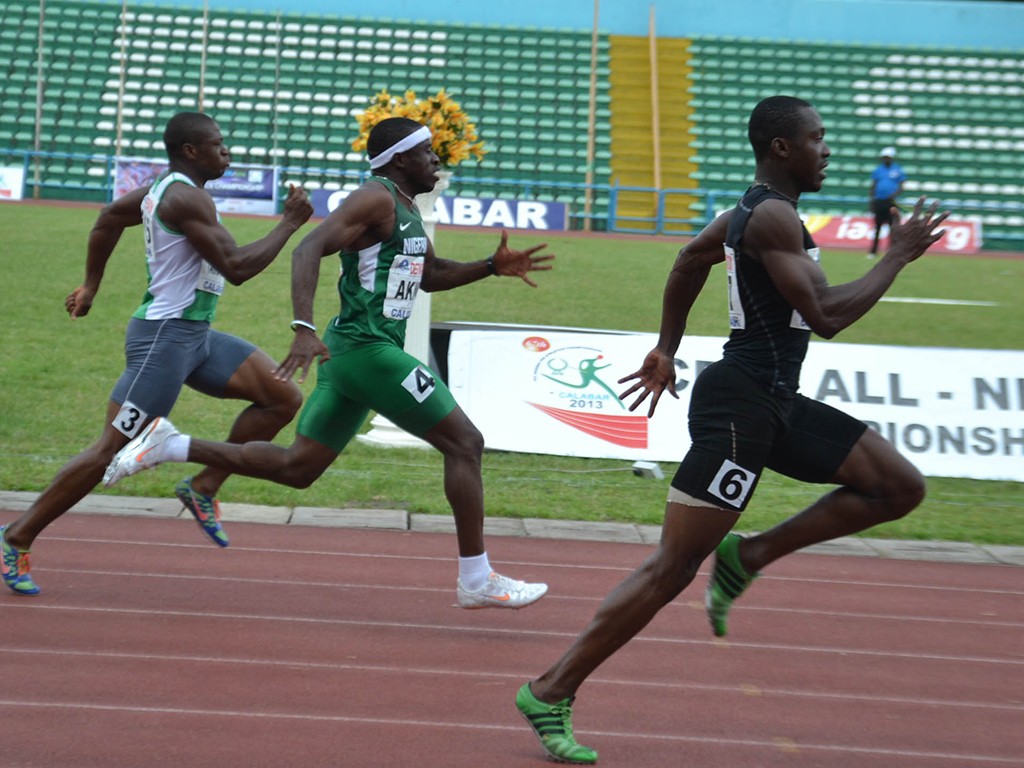 Blessing Okagbare eased to victory in the women’s 200m in 22.65 seconds to complete a sprint double on the final day of competition at the 67th CRS/All Nigeria Athletics Championships in Calabar, Cross Rivers State.

The duo of Miriam Bassey (23.74) and Janeth Amposah of Ghana (23.79) made it to the podium with the Beijing Olympic 2008 bronze medallist who also won the Long Jump women’s event with a leap of 6.68m.

Okagbare who had 24-hours earlier clinch her fifth consecutive 100m title with relative ease was even more relaxed in calming the 200m crown.

It wasn’t however same sweet story for the Nigeria’s championship chasing quartet in the 4x100m men’s relay event (39.61) as well as the women’s 4x400m who finished outside the qualifying time for Moscow 2013.

Prior to the race, Technical Director of the AFN – Navy Commodore Omatseye Neisiama, told AthleticsAfrica.com he was confident Nigeria will make the standards in Calabar but will in the event the country does not, find other meets for them to compete in to make the World Championships.

While in the women’s event there was no contest for Doreen Amata who cleared 1.90m to seal yet another national win, though still fall short of the 1.95m needed to make trip to Moscow.

Though not pleased with her finishing time, Ajoke Odumosu maintained her stronghold of the women’s 400m hurdles winning with a time of 56.35 ahead of new track sensation Ugonna Ndu who clocked 56.87 secs to add a silver to her 100m hurdles gold.

Odumosu told AthleticsAfrica.com: “I am not really pleased with the time but I will just take it.

“It’s been a long time coming so I just want to take it one race at a time, as you can see, there is no really competition; nobody that actually push it, I am happy I just stuck to my race plan.”

Complete Results of the All Nigeria Athletics Championships