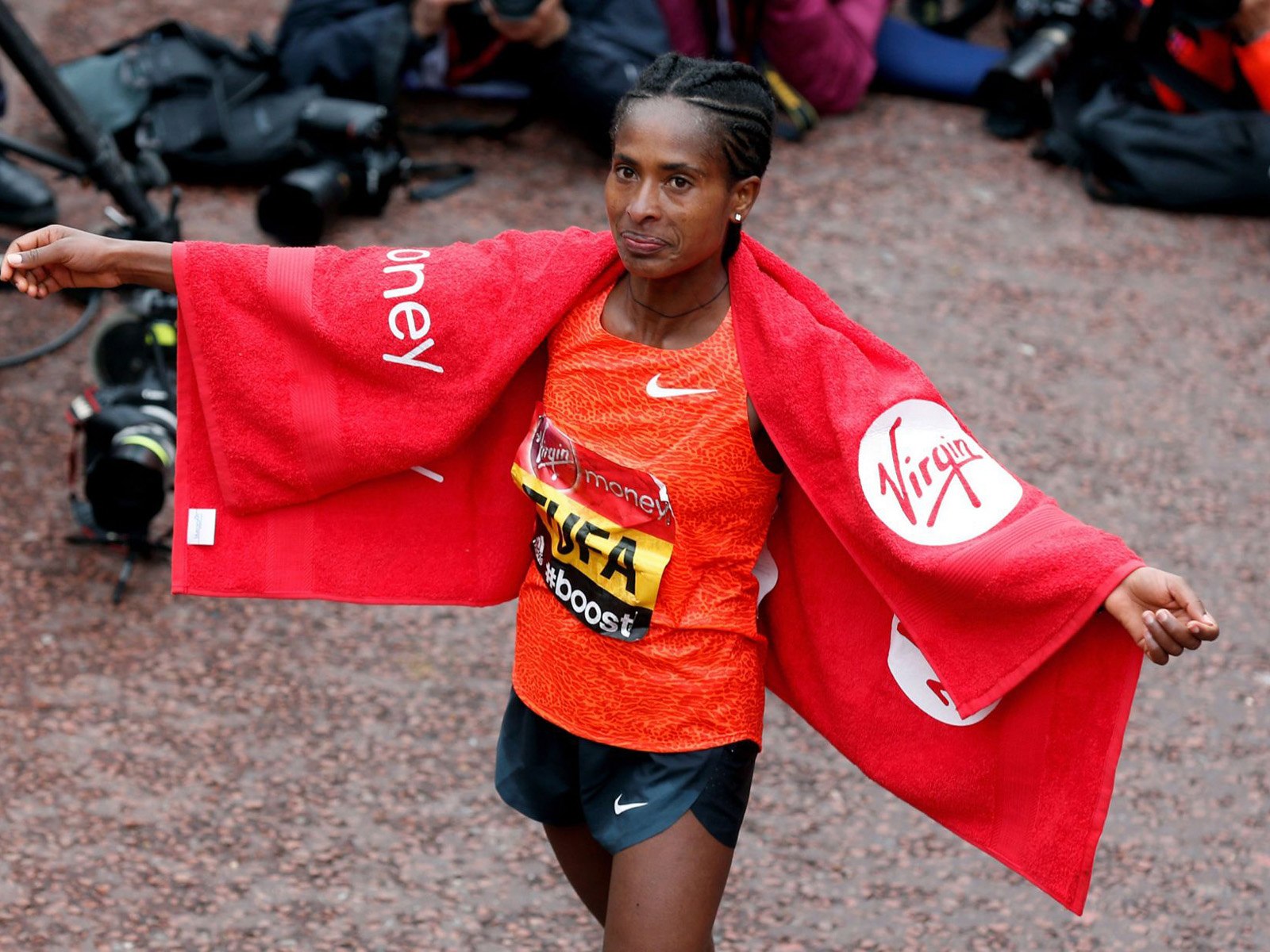 Ethiopian Tigist Tufa tore up the prediction book to win the 35th edition of the Virgin Money London Marathon over more fancied Kenyan rivals in London on Sunday.

Tufa threw in a super-swift 24th mile to pull clear of the pack and strode home alone in 2:23:22.

Keitany won the battle for the runner-up spot with a sprint finish over [link id=”293″ tax=”post_tag” text=”Tirfi Tsegaye” target=”_blank”], the New York champion crossing the line one second ahead in 2:23:40.

Her compatriot Aselefech Mergia capped a great day for [link id=”82″ tax=”category” text=”Ethiopia” target=”_blank”] by finishing fourth ahead of Kiplagat, who couldn’t match her second place from 12 months ago.

As for her namesake, Edna, the defending champion and two-times world champion never featured at the head of the field and lost touch with the fluctuating lead group in the second half, eventually placing 11th in 2:27:16.