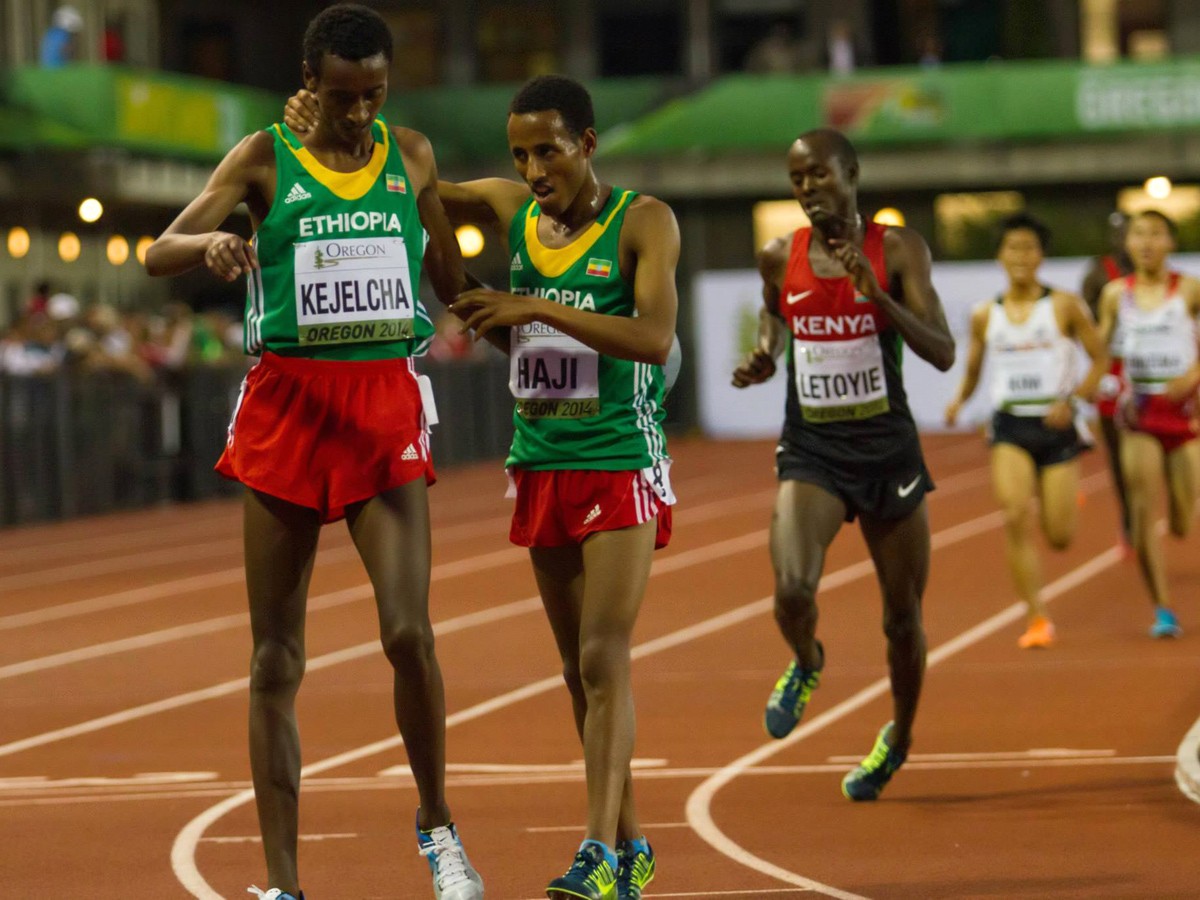 Two Ugandans, 10,000m champion Joshua Cheptegei and Philip Kipyeko, set the early pace, pulling the pack through the first kilometre in 2:43.21 and the second in 5:28.35.

Kenya’s Fredrick Kipkosgei Kiptoo came up and set a rhythm of surges, pushing through the first bend and down the backstretch, then backing off on the second bend and allowing what remained of the pack to collect. The group of eight runners was thinned to six as the group passed 3000m in 8:12.27, then 10:54.13 at 4000m.

By then Haji and then Kejelcha had moved to the front of the pack, Haji taking over at 3600m. As they left 4000m behind, the pack shrunk to six with Cheptegei struggling to hang on to the eventual medal trio.

When they reached the bell at 12:25.63, Kejelcha was unmistakably building a lead, which he proceeded to extend until he reached the homestretch. With the victory in hand, he backed off, allowing Haji to close the gap somewhat but not enough to give up the win.

The Ethiopian team, watching together on the backstretch, celebrated the sweep boisterously as Kejelcha and Haji lay stretched on the track beyond the finish line. Haji, a more compact runner, was up first, but he was unable to lever the lanky Kejelcha to his feet by himself.

Kejelcha is the eighth Ethiopian to win the 5000m at the World Junior Championships. Of the 15 titles awarded to date, eight have gone to Ethiopia and seven to Kenya.

Ethiopia's Yomif Kejelcha smashed the world indoor record for the mile, clocking 3:47.01 at the Bruce Lehane Invitational in Boston, Massachusetts, on Sunday.