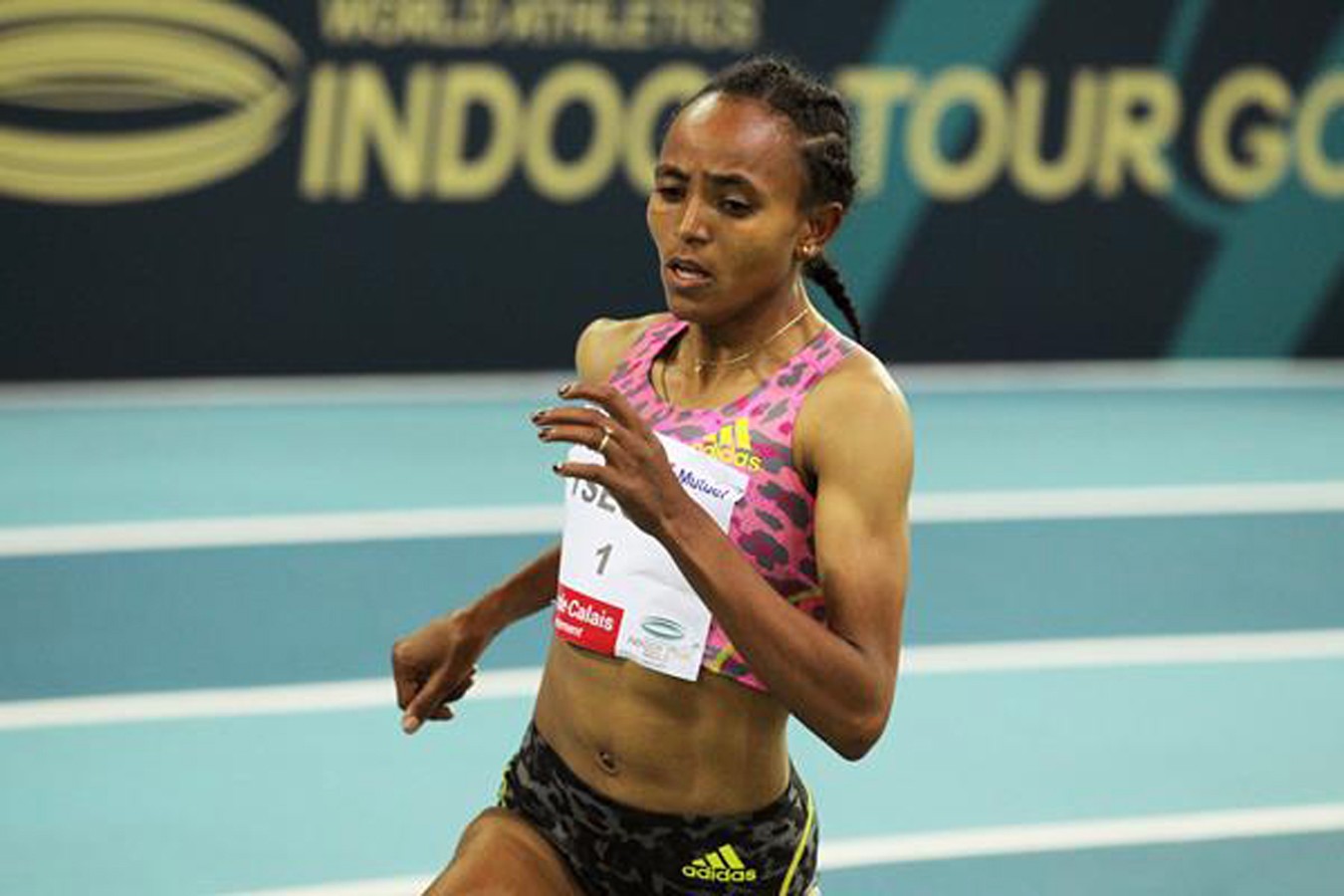 On an evening of stunning middle-distance performances at the Meeting Hauts-de-France Pas-de-Calais, Ethiopia’s Gudaf Tsegay produced the highlight by taking two seconds off the world indoor 1500m record, winning at the World Athletics Indoor Tour Gold meeting in 3:53.09.

With three laps to go, Tsegay had a four-second lead over double European indoor champion Laura Muir but she showed no signs of slowing down, passing through 1000m in 2:37.36.

The clock read 2:52 with two laps to go and Tsegay maintained her pace with another lap just outside 30 seconds.

She dug in for the final circuit and crossed the line in 3:53.09, taking more than two seconds off the world indoor record set by compatriot Genzebe Dibaba in Karlsruhe in 2014.

Muir finished second in a British indoor record of 3:59.58 with team-mate Melissa Courtney-Bryant taking third in 4:04.79.