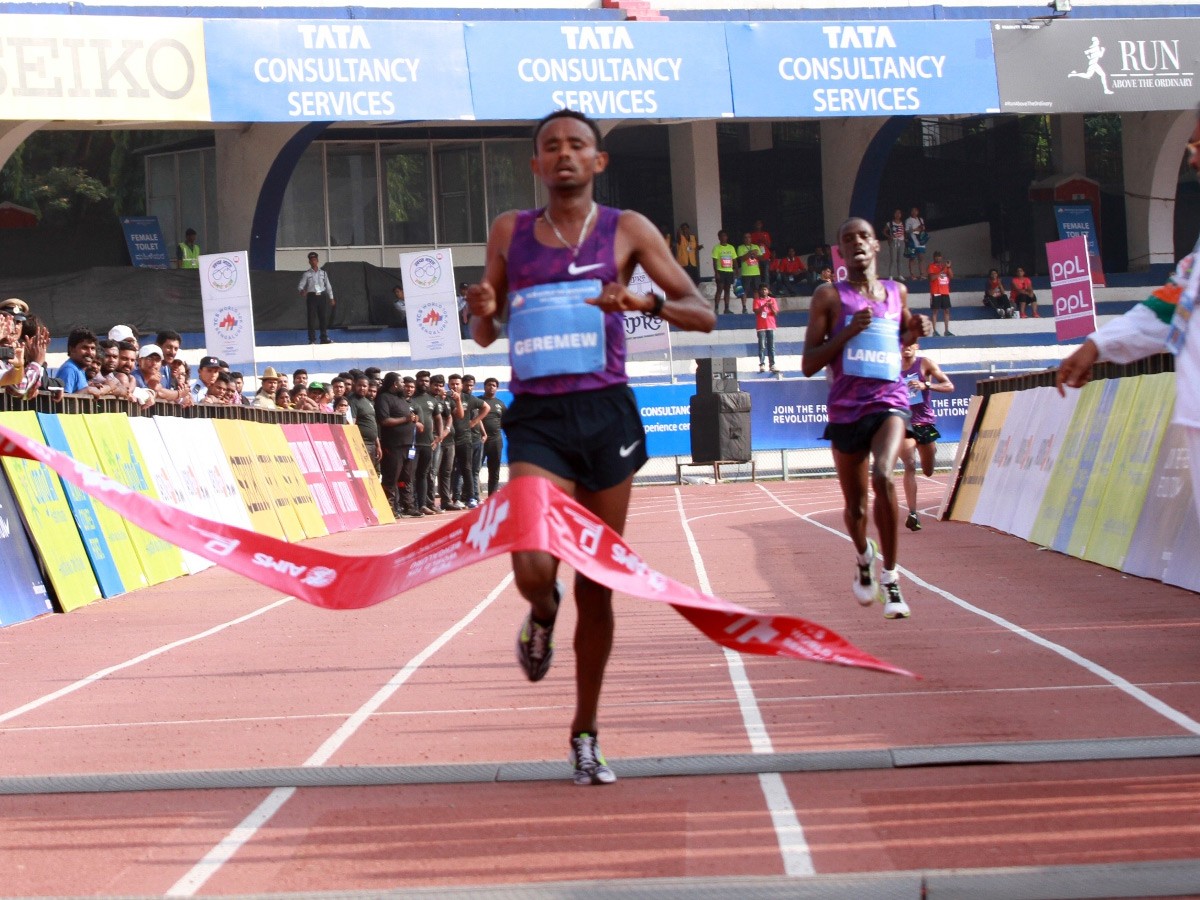 Taking control of the men’s race in the eighth kilometre, Mosinet Geremew held on to win in 28:36 to become the first athlete to secure back-to-back titles in Bengaluru.

Peres Jepchirchir, the world half marathon champion, broke from the field in the seventh kilometre to win in 32:15, 13 seconds clear of her Kenyan compatriot Helah Kiprop.

Given the difficult conditions – a start time temperature of nearly 33C along with 90 percent humidity – both races began conservatively, particularly the women’s which consisted of the finest field ever assembled in India’s high-tech capital.

Expecting the conditions to take their toll, Jepchirchir decided to run from the front early on in an effort to control the race. Her prediction proved correct: after just five kilometres, covered in a modest 16:31, only seven women remained in contention.

A kilometre later that number was reduced to three: Jepchirchir, Rio-bound marathoner Kiprop and Ethiopian Wude Ayalew, the race winner in 2010.

Just beyond the 7km marker Jepchirchir made her bold break, building a nine-second lead by 8km and extending it to 13 seconds with one kilometre to go.

Never threatened, she maintained that margin through the finish to collect her fourth victory in as many races this year and a cheque for US$23,000.

“The weather really was hot, but when I saw on my watch how slow the first three kilometres were, I said to myself, ‘let me push’. So I pushed,” said Jepchirchir, who followed up her victory at the IAAF World Half Marathon Championships Cardiff 2016 with a win at the Yangzhou Half Marathon just three weeks ago. 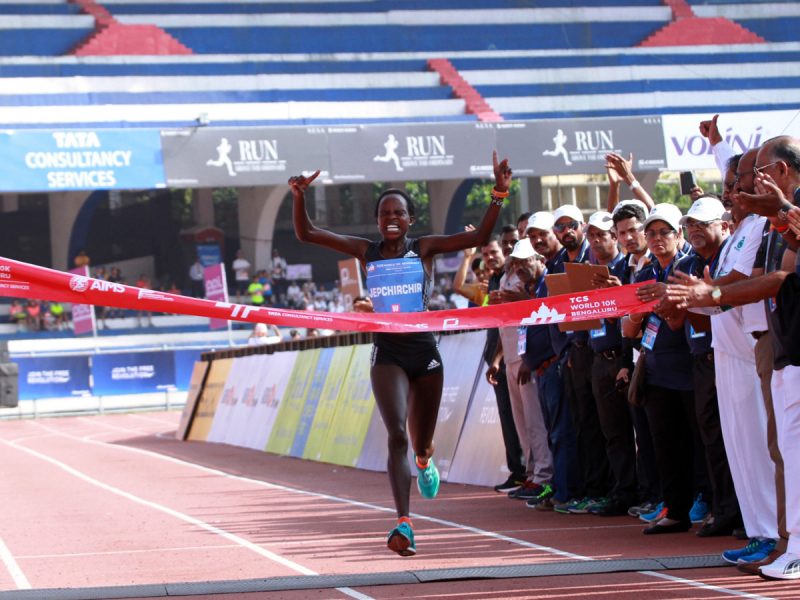 Those recent victories, she said, laid the foundation for the confidence she displayed in the race’s second half.

“After seven kilometres I saw that I’m still strong, so knew that if I continued like this, I’ll win.”

Back to back victories

A different kind of drama played out in the men’s contest. After a cautious pace in the early stages did little to break up the lead pack of 12, Mule Wasihun, a sub-2:06 marathoner, decided to take matters into his own hands.

The 23-year-old Ethiopian made a big move in the 12th minute, opening a gap of some 30 metres on his nearest pursuer and he held on to a six-second lead after eight kilometres. But with the sun beating down, he soon paid for his impatience.

Slowing markedly, he was eventually caught by Geremew when the clock read 25 minutes even, at which point the defending champion took command.

Tailed by Kenyan John Langat and Bonsa Dida until the trio entered the Shree Kanteerava stadium for a final lap on the track, Geremew valiantly fended them off for his second successive one-second victory.

“It was different this year because it was very hot,” said Geremew, who like Jepchirchir arrived in Bengaluru on the heels of a win at the Yangzhou Half Marathon. “But at 9km I was sure that I would win.”

Despite the heat, he added with a smile, “I think I will come back next year.” Langat clocked 28:37 in second, with Ethiopia’s Dida third in 28:42. 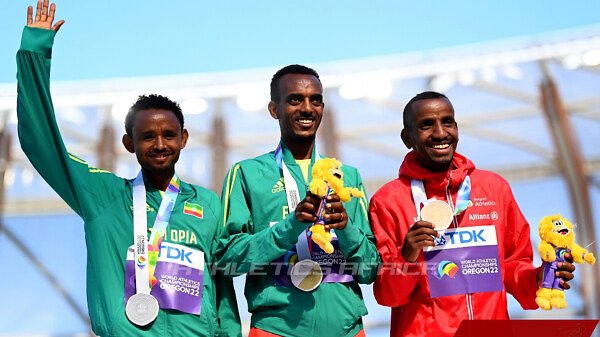