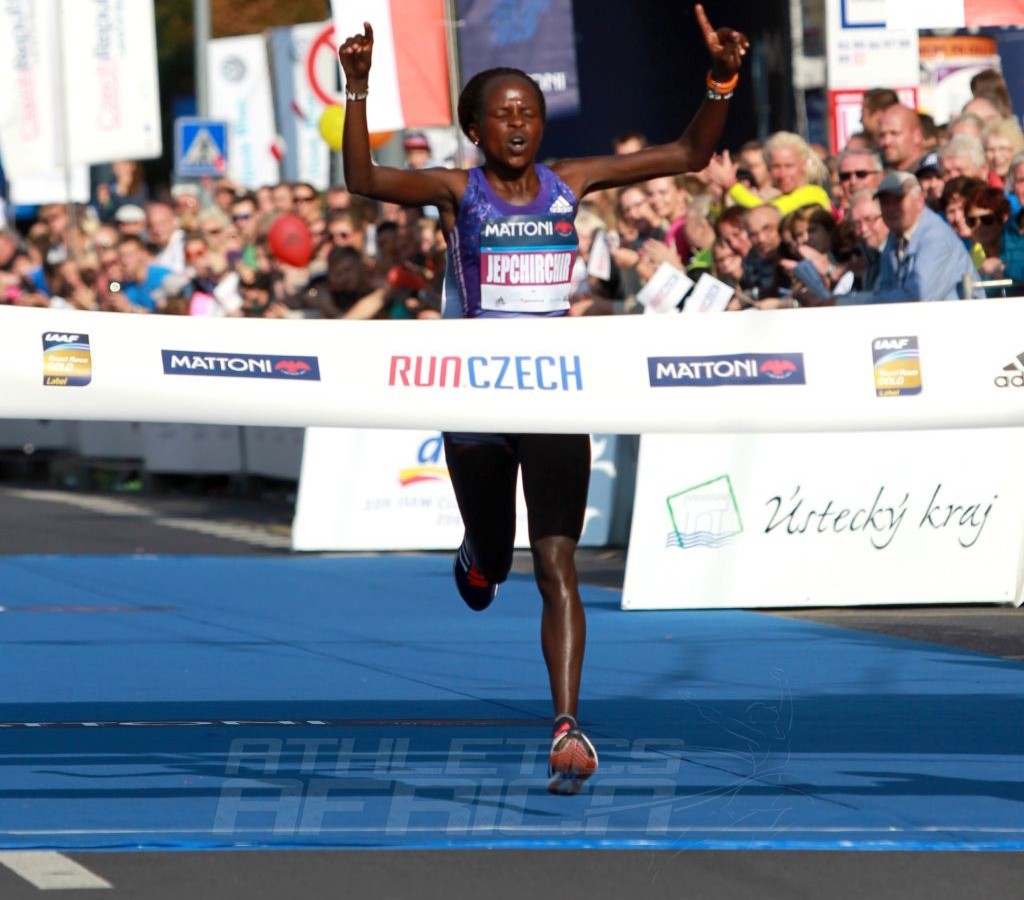 The surge to the top of Peres Jepchirchir showed no sign of faltering as the 21-year-old Kenyan surprised herself with the emphatic nature of her victory.

A week after running the fastest 10k by a woman this year of 30:55 to win the Birell Prague Grand Prix 10k, she triumphed once again with 67:17 in the fifth edition of the [link id=”831″ tax=”post_tag” text=”Mattoni Usti nad Labem Half Marathon”].

The feat improved the event record of 69:38, set by compatriot Josephine Chepkoech in 2013, by over two minutes.

Bahrain’s Shitaye Eshete was a distant second but with a solid 70:14 debut at the distance after maternity leave and Linah Cheruto of Kenya finished third in 71:48.

Eritrea’s Merhawi Kesete sprang a surprise in the men’s race. After victory in the Hamburg Half Marathon in late June, he beat better known rivals with an astute display of racing in 60:58, six seconds outside his personal best.

[link id=”832″ tax=”post_tag” text=”Kesete”] finished one second ahead of Kenya’s Barselius Kipyego with Elijah Tirop 14 second behind the winner.

The Mattoni Usti nad Labem Half Marathon is an IAAF Gold Label event, the highest category of road race.

[link id=”830″ tax=”post_tag” text=”Peres Jepchirchir”] confessed afterwards that she had been hoping to run 68 minutes which would still have been a solid improvement on her lifetime best of 69:12.

Once the mayor of Usti nad Labem, Vera Nebychova, had fired the starting gun, Jepchirchir displayed the same direct approach that had served her so well in the [link id=”422″ tax=”post_tag” text=”Birell Prague Grand Prix”] the week before: run hard and let the opposition worry.

Linah Cheruto was briefly in attendance as Jepchirchir went through 5k in 15:32, Cheruto one second adrift.

Soon the television monitors and spectators were witnessing a different scenario. Whenever the cameras went to the head of the women’s race, just one figure was in view: Peres Jepchirchir, remorseless as ever.

10k was passed in 31:48, giving the Iten-based runner a 42 second margin inside event record pace. By 15k the clock showed 47:32 and she was still flying, over a minute inside the required target.

Onlookers began to consult the world leading times this year and names such as Florence Kiplagat and Mary Keitany showed the company Peres Jepchirchir is challenging these days.

She triumphed in 67:17, the seventh fastest half marathon by a woman this year, and soon gave credit to her training partner and schoolgirl role model, Mary Keitany:

“When I was in school, I ran track and I read about Mary and her achievements. I’m still surprised to think that I train with her, learn from her and am now running these times. I didn’t expect to run 67 but hoped for 68 minutes today,” reflected Peres Jepchirchir.

She confirmed that this was her last road race of the season, even though she has now become such a hot property at 10k and the half marathon. Her attention will switch to gaining a place on the Kenyan Olympic team for the 10,000m in Rio next year.

Merhawi Kesete didn’t waste words when asked what victory in the men’s race meant to him: “Happy,” was the Eritrean’s succinct response. This was a win earned by astute positioning, always in the lead group which, though the bid to break the event record of 60:38 faded after 5k was passed in 14:11, provided exciting racing.

With just under 2.5k remaining, a trio were in contention: Keset taking his turn to push the pace with the Kenyan Barselius Kipyego, while Kipyego’s compatriot Elijah Tirop was a stride behind.

At 1k remaining Kipyego and Kesete were the contenders. Having taken third in the Birell Prague Grand Prix 10k the week before, Kipyego might have been expected to have the required finishing speed but Kesete produced a final surge for a narrow win.

Daniel Chebii of Kenya, one of the pre-race favourites after his Prague victory last weekend, was well placed till halfway but faded in the latter stages to finish eighth in 63:27. 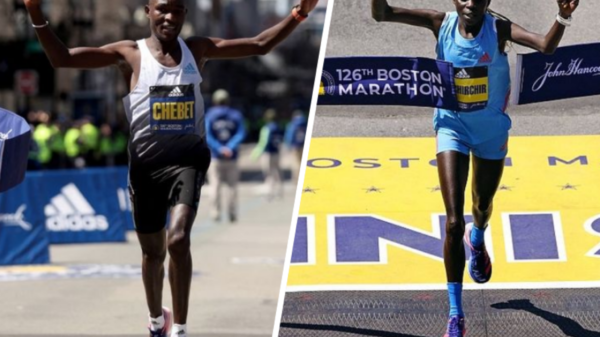 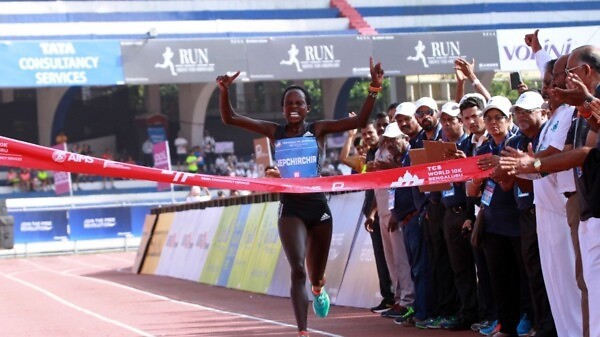 Kenyan Peres Jepchirchir broke the world record in the women's half marathon today, clocking 1:05:06 at the RAK Half half marathon in Ras al-Khaimah,...