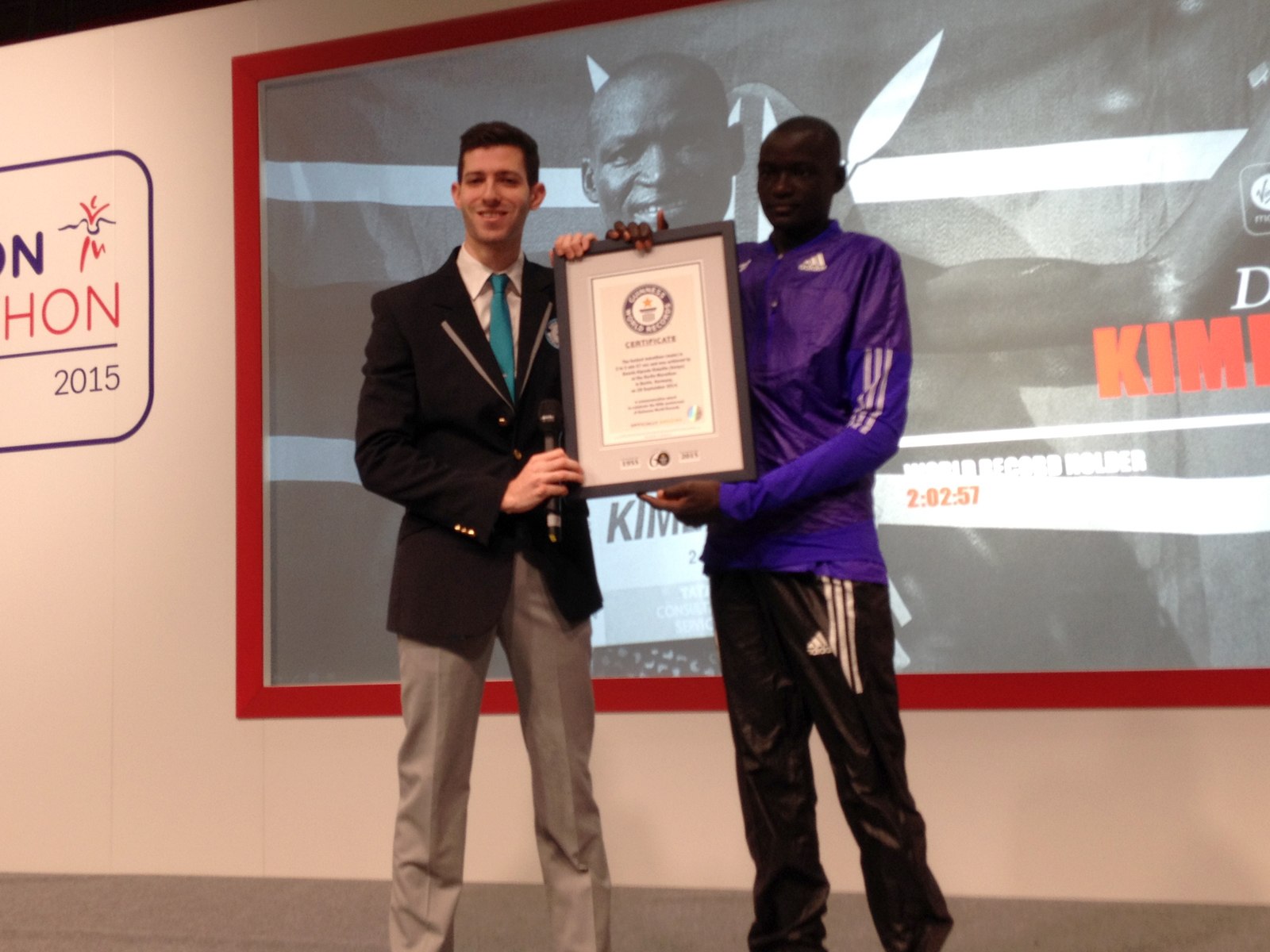 Dennis Kimetto presented with the official Guinness World Records certificate in London on Friday April 24, 2015 / Photo Credit: Yomi Omogbeja - AthleticsAfrica.Com
Kenya’s world marathon record holder Dennis Kimetto was on Friday honoured with an official Guinness World Records certificate ahead of his much-anticipated debut at the Virgin Money London Marathon on Sunday.
The 31-year-old was presented with the award at an event at ExCeL London after setting the world record for Fastest Marathon in Berlin, Germany in September last year.
The incredible display of pace and stamina saw Dennis Kimetto reach the finish line in an unprecedented time of 2 hours 2 minutes 57 seconds, beating his compatriot Wilson Kipsang’s previous benchmark time by 26 seconds. 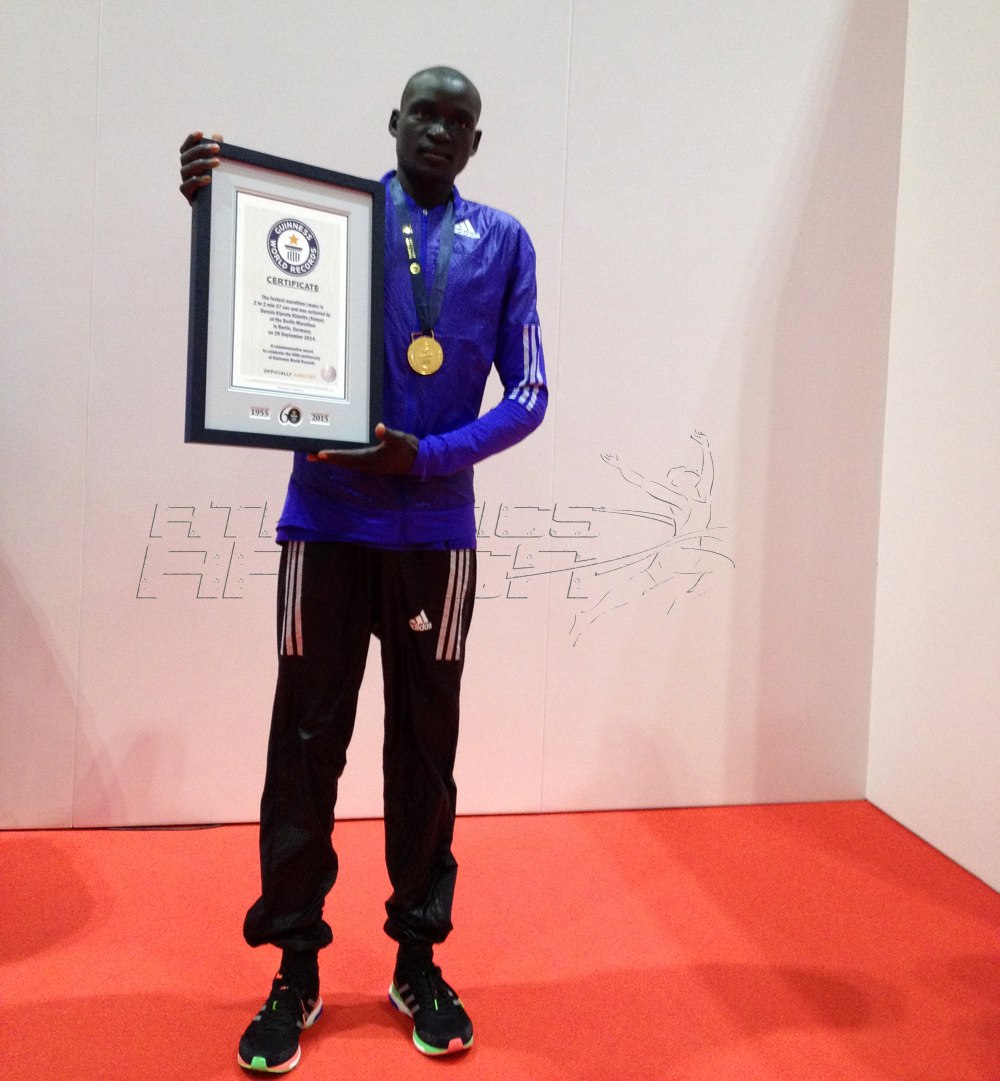 Speaking after the presentation, Dennis Kimetto said: “I am really happy to receive my award for my marathon record – it’s an honour”.
“I am excited about this year’s London marathon – I have trained hard the past three months and I feel good…I even feel better in myself more than I did before the Berlin marathon so I have a great chance.”
The certificate presentation comes ahead of Kimetto’s long awaited head-to-head against his friend and fellow countryman Kipsang in Sunday’s Virgin Money London Marathon.
In this article:BMW Berlin-Marathon, Dennis Kimetto, London Marathon, Wilson Kipsang

Ethiopia's distance running great, Kenenisa Bekele,  made a sensational return to his international best with victory at the BMW BERLIN-MARATHON, missing the world record...

Distance running great Kenenisa Bekele will lead the Ethiopian charge for world class times at the 46th edition of the BMW BERLIN-MARATHON on Sunday...