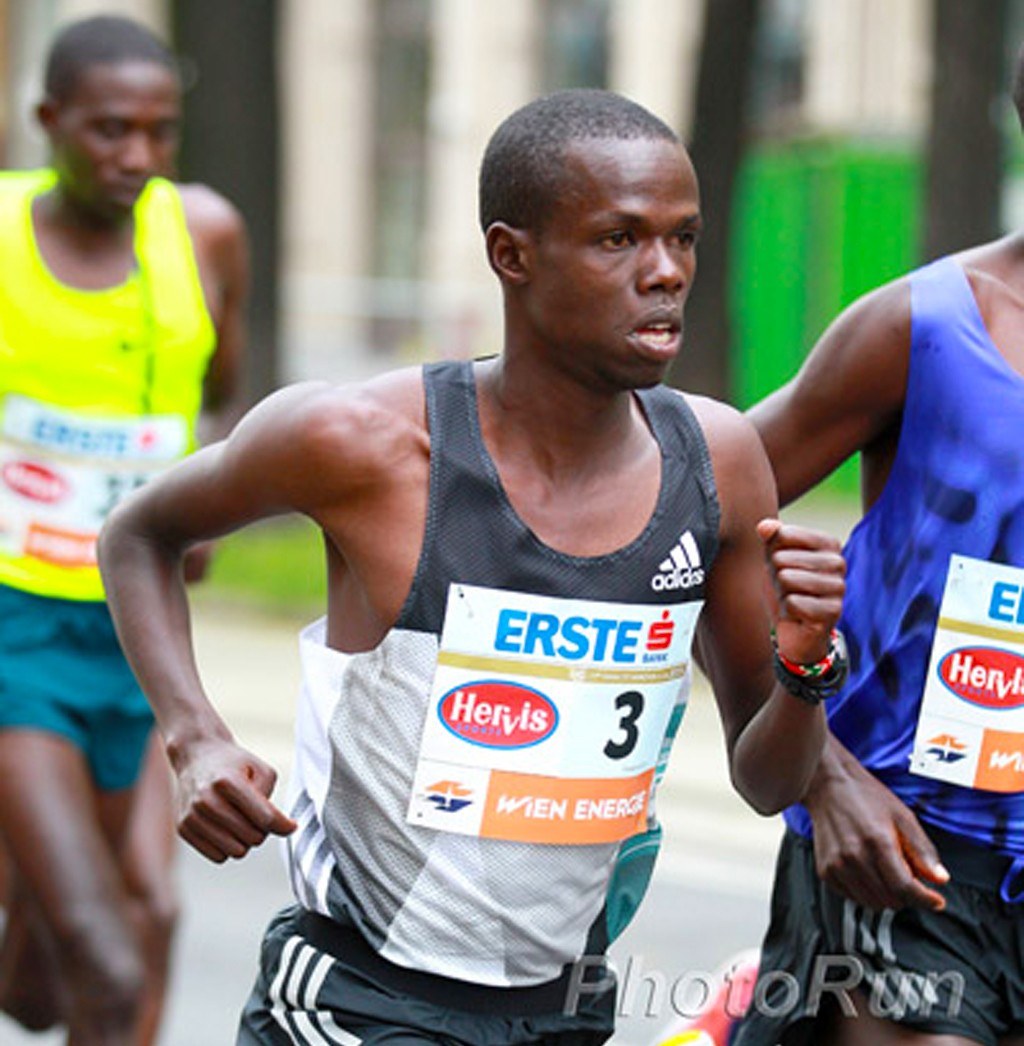 Robert Chemosin could hardly have made a more fitting statement with regard to this year’s motto of the Vienna City Marathon: Theatre of Emotions.

Asked about the significance of his victory the 27 year-old said that “this marks the beginning of a new life for me.”

In times with much tighter security one could wonder about a new safety concept for the race when during Friday’s elite race press conference three of the four men on stage said that they are employed by the police.

The one athlete not a policeman was [link id=”922″ tax=”post_tag” text=”Robert Chemosin”]. The farmer left behind the policemen when it mattered on Sunday.

Asked about what he is planning to do with the prize money of 15,000 Euros he won in Vienna, the Kenyan answered: “The farm is a family business and I plan to expand it.”

A year ago he was second in his debut in Warsaw, finishing just eight seconds behind Ethiopia’s winner Hayle Lemi. With 2:08:05 he ran a great debut time which remains his personal best.

“It was raining in this race. In better conditions I would have been faster,” said Chemosin. He ran his next marathon in Toronto in October 2015, where he finished fourth with 2:09:38.

“I was not that good prepared and it was very cold with freezing conditions,” Chemosin explained.

In Vienna, Robert Chemosin had no luck with the weather again. Winds of up to 45 kilometres per hour made it tough for the elite runners.

“I came here to run sub 2:08. But as soon as I was in the start area it was obvious that I had to give up chasing this time. It was impossible in this wind,” said Chemosin.

Chemosin had some success at shorter distances before he came to Vienna. He features a world-class personal best in the half marathon with 59:19, which indicates that there is much room for improvement in the marathon and that 2:06 should not be his last word.

Last year Chemosin won the Rome Ostia Half Marathon with 59:37. However he rates Sunday’s triumph higher.

“This is my biggest success so far, because I won the Vienna City Marathon,” said Chemosin. “I would like to return to Vienna next year to defend my title.”