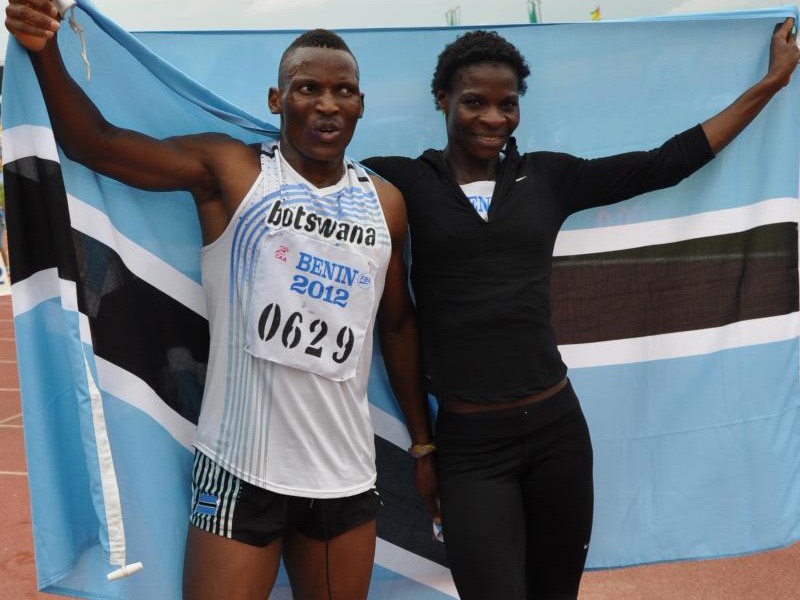 Isaac 'Izak' Makwala lowered the Botswana national record for the men’s 400m to 44.83 seconds at the 53rd Golden Spike athletics meeting in Ostrava on June 17. The Ostrava Golden Spike was the ninth leg of the IAAF World Challenge series in 2014.

Isaac Makwala finished second in the race behind the reigning world champion Lashawn Merritt of the US, who cruised home to a comfortable 44.16 win to eclipse the 44.49 meeting record set my Kirani James last year.

Kenyan Hyvin Jepkemoi fought off Morocco’s Salima Alami to win the women’s 3000 metres steeplechase in a season’s best 9:22.58. Alami’s clocked a lifetime best 9:23.27 in second position ahead of Birtukan Adamu of Ethiopia who finished third in 9:27.29.

Amina Betiche of Algeria sets a new national record of 9:29.20 for the women’s 3000m Steeplechase in fourth place.

Genzebe Dibaba won the women’s 2000m in a meeting record time of 5:27.50 – the third fastest performance in history, with her compatriots Senbera Teferi and Gemeda Feyne distant second and third in lifetime best times of 5:34.27 and 5:39.96 respectively.

Team Qatar will be out in full force at this year’s Doha Diamond League at the Qatar Sports Club on Friday 4 May when...

A star studded line up will be presented at the first Liquid Telecom Athletix Grand Prix Meeting at the Ruimsig stadium in Johannesburg on...