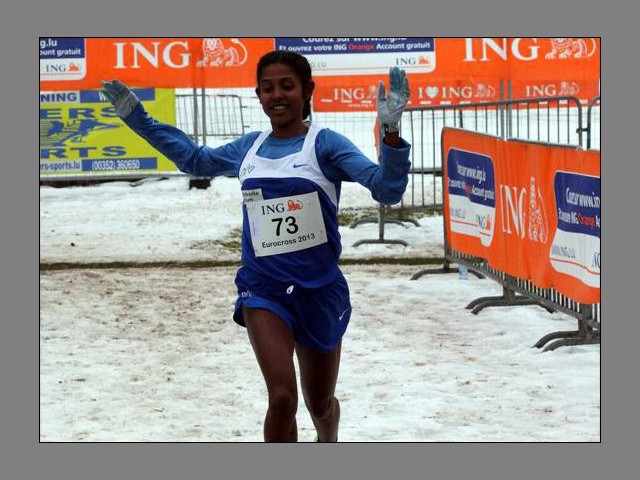 German-based Ethiopian, Eleni Gebrehiwot, defended her title at the ING Euro Cross Country meeting in the Luxembourg town of Diekirch on Sunday.

Gebrehiwot, 31, won the 2014 Diekirch Euro Cross comfortably clocking a time of 20:28 over the 5.5km course ahead of 2012 winner Almensch Belete, from Belgium.

Belete, 24, finished in second place in 20:48 with Sabrina Mockenhaupt from Germany completing the podium in 21:03.

Ethiopian Yomif Kejelcha, 16, who is the reigning IAAF World Youth champion over 3,000m, made a solid debut in third in 34:18 while Yonas Kinde, an Eritrean who has been based in Luxembourg since 2012, was a creditable fourth in 34:23.

The three-time Diekirch Euro Cross winner (2005, 2007, 2010) Onesphore Nkunzimana, from Burundi, was a non-finisher in his first race of the year.

Ethiopia's Yomif Kejelcha smashed the world indoor record for the mile, clocking 3:47.01 at the Bruce Lehane Invitational in Boston, Massachusetts, on Sunday.