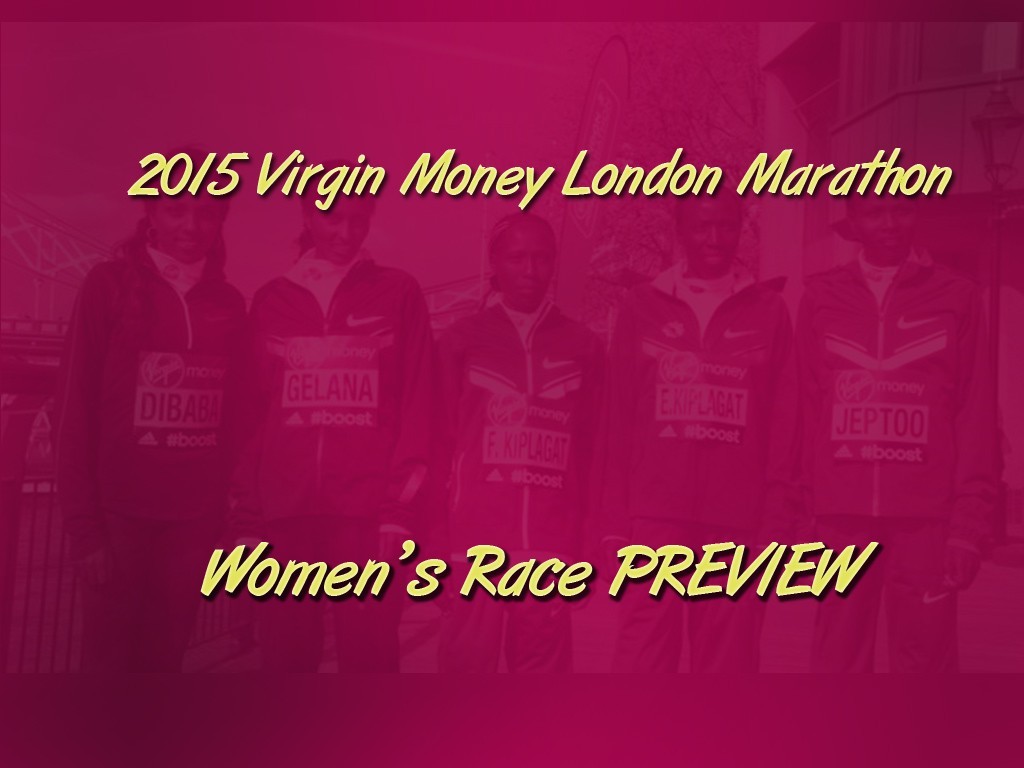 “This is the best women’s field ever,” says Bedford. “[link id=”250″ tax=”post_tag” text=”Edna Kiplagat” target=”_blank”] had her first win last year, and two years running before that she was in second place. She’s a two-times world champion and if it’s a slow race I think her class will out.

“[link id=”285″ tax=”post_tag” text=”Priscah Jeptoo” target=”_blank”]’s a classy act. If she’s there with three miles to go you’ve got to give her a good chance of winning.

“[link id=”429″ tax=”post_tag” text=”Florence Kiplagat” target=”_blank”] is in there too, the world half marathon record holder. She’s run a couple of decent marathons but can she go the distance? I think she can and maybe this is the time it will happen.”

Florence Kiplagat set a new half marathon record of 65:09 in Barcelona earlier this year. Asked if she could challenge Paula Radcliffe’s long-standing world record of 2:15:25 over the 26.2-mile distance, Bedford said: “I don’t know if she could run 2:15. Her half marathon would suggest there’s a chance of it in good conditions but she’s more likely to be a 2:17 athlete.

“Remember, Paula’s time was set in a mixed race with male pacemakers. This is a women’s only competition so it’s better to look at Paula’s women’s only record of 2:17:42 as being the mark for them to beat.