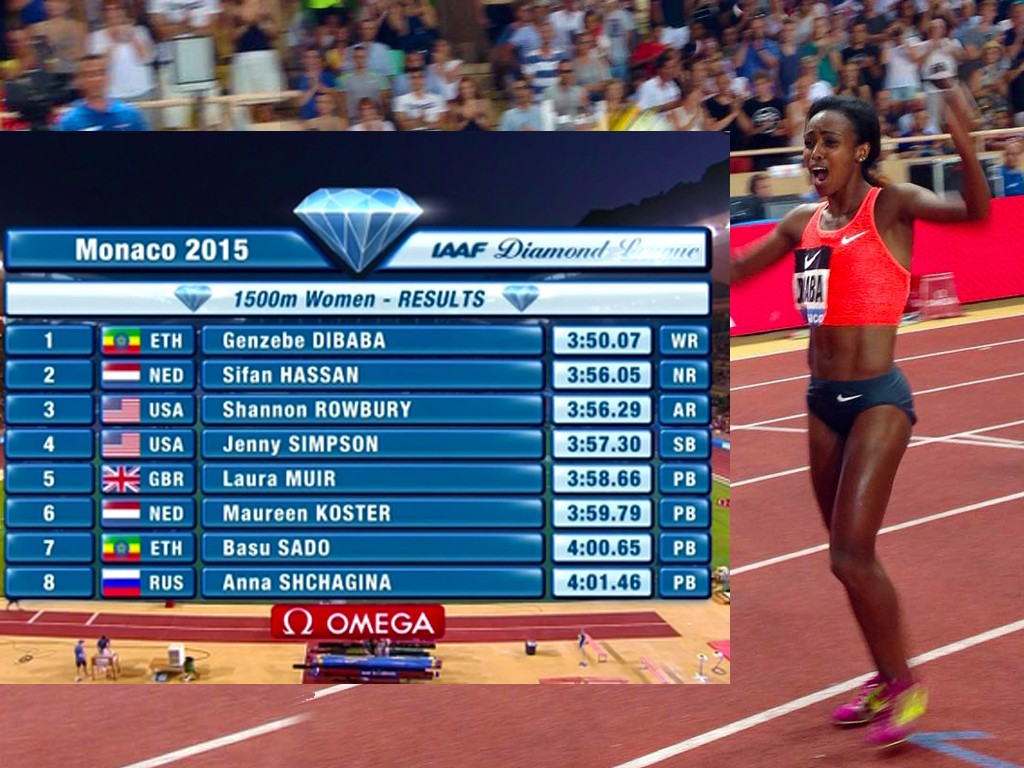 The diminutive East African runner clocked an incredible 3:50.07 to set a new personal best and a Diamond League record, erasing Chinese Qu Yunxia‘s mark of 3:50.46, set in 1993. Her time also knocked off the 3:54.11 African record she set in Barcelona last week.

European champion Sifan Hassan sets a Dutch record of 3:56.05 in second place while USA’s Shannon Rowbury shattered the American record with 3:56.29 for third.

Another American Jenny Simpson was fourth in a season’s best 3:57.30 ahead of fifth placed Briton, Laura Muir, who clocked a personal best time of 3:58.66.

Maureen Koster from the Netherlands edged Ethiopian Basu Sado to sixth place with both athletes posting lifetime bests of 3:59.79 and 4:00.65 respectively in the process.

After the race Dibaba told the media that the “Pacemaker did a great job” and that she will try to break the 5000m world record after the World Championships in Beijing next month.

“I knew from the beginning that I could break the record, and am still able to improve, maybe under 3:50. But one thing is clear, I will double at World Championships.”