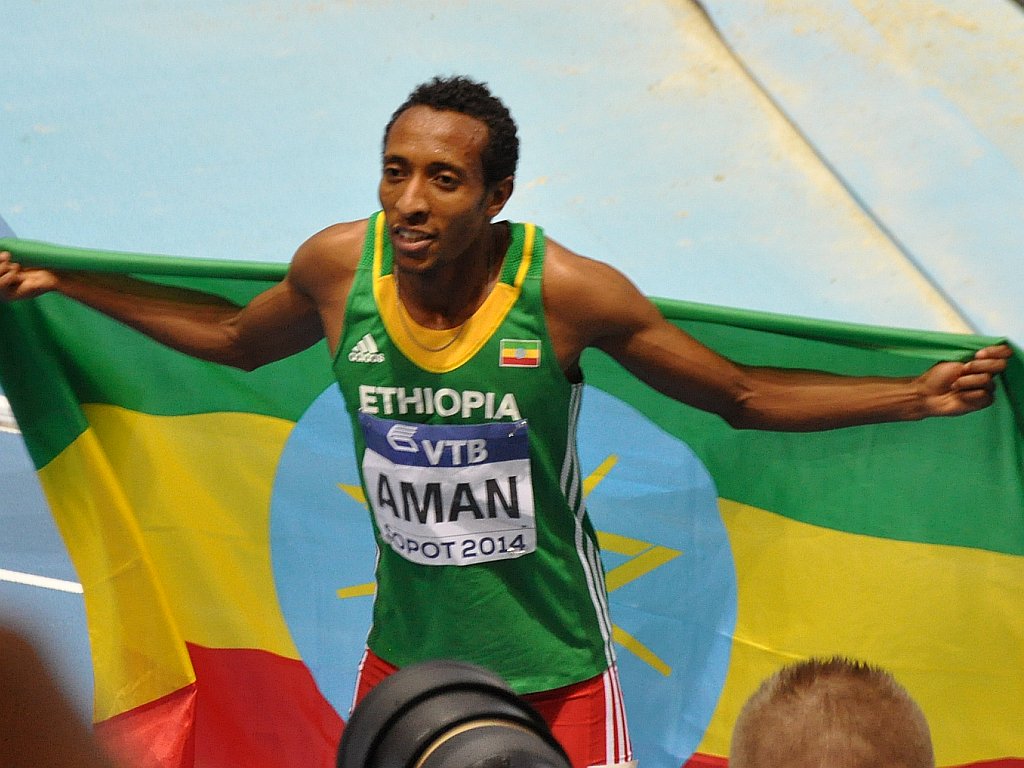 Ethiopia’s Mohammed Aman won back to back World Indoor 800m gold medal on Sunday at the World Indoor Championships in Sopot, Poland after overtaking two Polish athletes in the final 50m to successfully defend his title from Istanbul 2012. 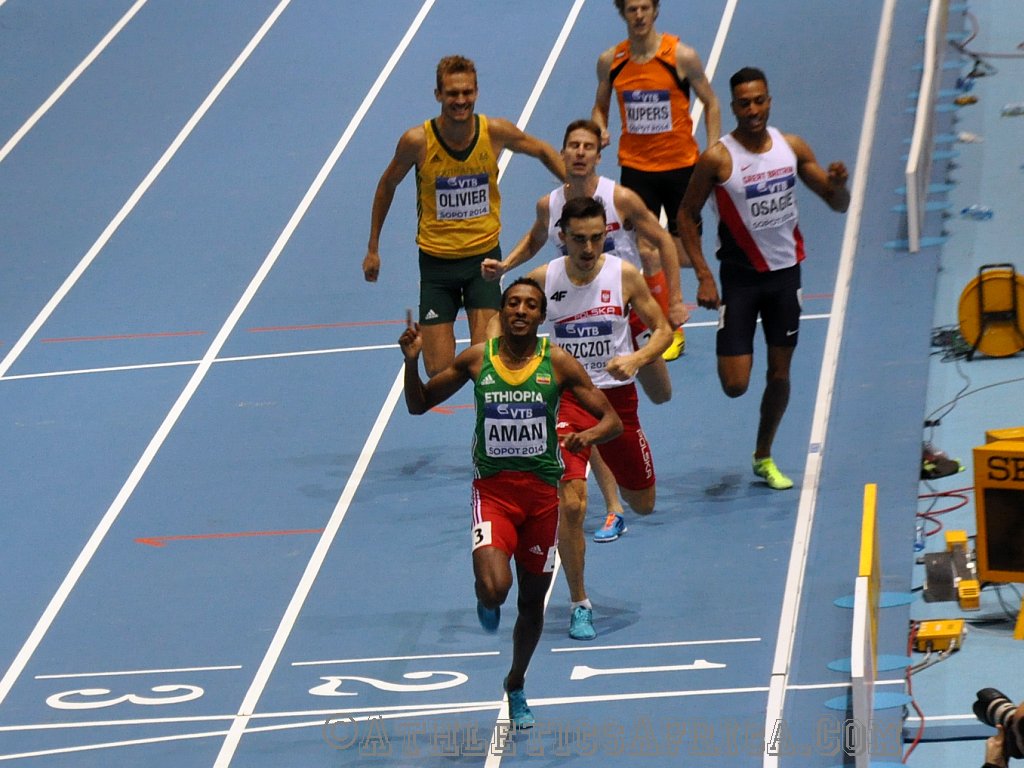 The men’s 800m final was one of the most exciting events in the Ergo Arena this weekend. With two Polish athletes going for the gold, the roar from the crowd was infernal.

The movement behind him began after 400m when South Africa’s Andre Olivier looked to take the lead.

The two Poles had other ideas with Marcin Lewandowski taking the lead on the third lap, passing 600m in 1:20.57 and compatriot Adam Kszczot joining him at the start of the last lap.

Kszczot passed his countryman in the back-straight with [link id=”256″ tax=”post_tag” text=”Mohammed Aman,”] the world leading athlete in this event, taking the lead before the final curve.

The 20-year-old, also 2013 World champion from Moscow, retained his world indoor title from Istanbul in style finishing in 1:46.40.

To the absolute delight for the crowd, Adam Kszczot challenged him almost to the finish line to take the silver medal clocking 1:46.76 and Marcin Lewandowski crossed the line in third, just ahead of Briton Andrew Osagie.

But moments later, it was revealed that Lewandowski had been disqualified for a lane violation, moving Osagie into the bronze medal position, replicating his finish from 2012.