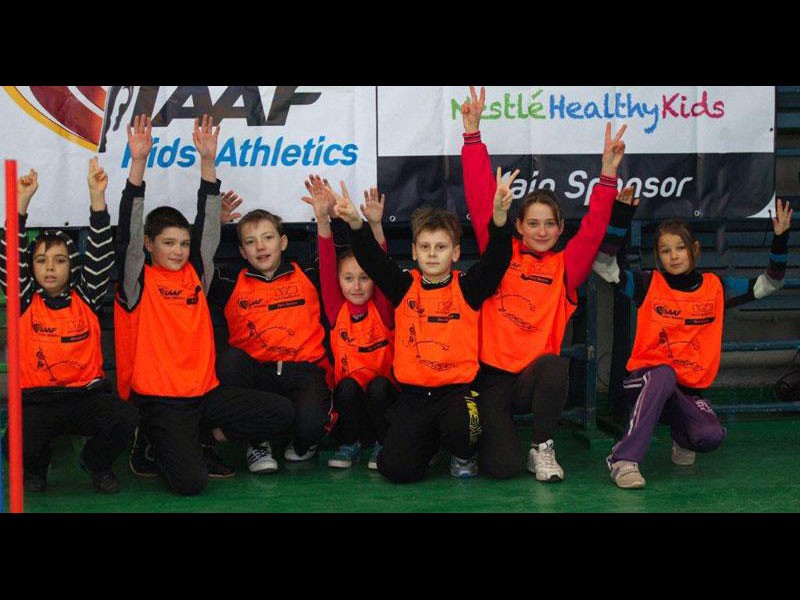 The International Association of Athletics Federations (IAAF) is delighted to announce that IAAF Kids’ Athletics | Nestlé Healthy Kids, the flagship development project of its School / Youth programme, will be demonstrated at the headquarters of Nestlé in Vevey, Switzerland on the morning of Friday 5 July.

IAAF / Nestlé Kids’ Athletics, which is one of the biggest grassroots development programmes in the world of sports, will be formally introduced to Nestlé’s employees at a fun two-hour team event in which many of their children will take part.

The event will be supported by some of the world’s top athletics stars who have generously given their time to help motivate the participants.

Nestlé, which is the world’s leading Nutrition, Health and Wellness Company with 339,000 employees worldwide, became the main sponsor of Kids’ Athletics in January 2012 agreeing a five year sponsorship with the IAAF.

The IAAF’s objectives for Kids’ Athletics, which has so far been activated in over 120 of the IAAF’s 212 national Member Federations worldwide, are to make Athletics the number one participation sport in schools, promoting a balanced and healthy lifestyle, and attracting the potential sports stars of tomorrow.

Lending their support to the event in Vevey will be an elite group of World and Olympic medallists who between them have won over a dozen global titles during their illustrious careers.

“Thanks to the support of our partner “Nestlé Healthy Kids”, the IAAF is organising additional courses for lecturers and coaches helping to spread the joy and excitement of IAAF / Nestlé Kids’ Athletics faster around the world,” commented IAAF President Lamine Diack.

“We gratefully acknowledge the top athletes who will be helping us to motivate the children at the demonstration event in Vevey. Kids’ Athletics is about fun, engaging children at a young age to embrace our sport for life whether simply to keep fit or as an elite athlete. The associated health and social benefits which society reaps from such a successful engagement between youth and sport are manifold.”

Chris Johnson, Executive Vice President Zone Americas, Nestlé SA said: “As part of our commitment to be the recognised Nutrition, Health and Wellness Company, we are pleased to partner with the IAAF Kids’ Athletics programme to encourage school children to participate in athletics and learn more about sport, nutrition and a healthy lifestyle.