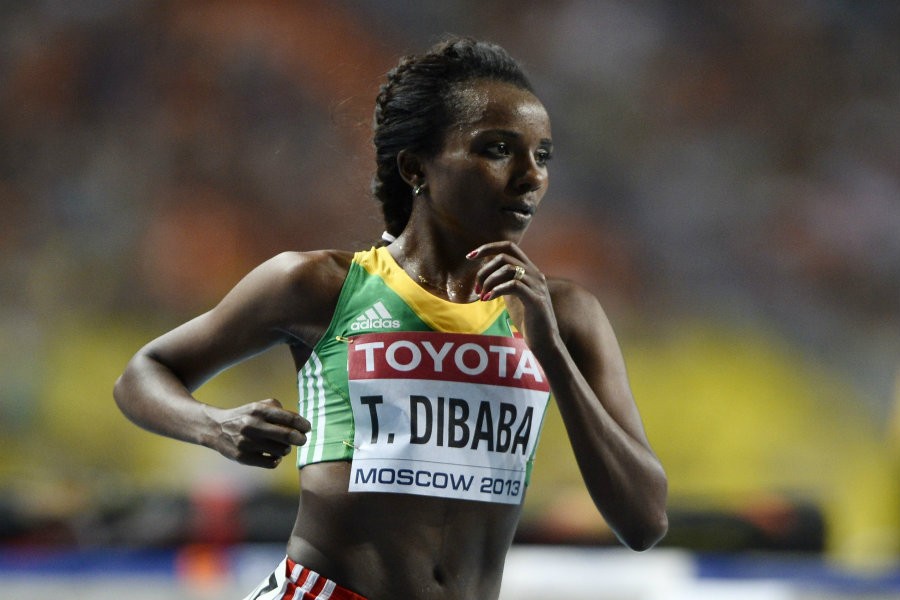 Tirunesh Dibaba, the reigning world and Olympic champion at 10,000m, is returning to the North West of England to defend her title in the Bupa Great Manchester Run on Sunday 18 May.

The 28-year-old Ethiopian, who goes by the name of the ‘baby faced assassin’, shot down the course record on her first appearance in Europe’s biggest 10km road race last year, and has her sights on the Manchester race once again following her impressive marathon debut in London the weekend before last.

Dibaba has been a trailblazer in women’s distance running for more than a decade now. She became the youngest ever individual world champion when she won the global 5,000m title as an 18-year-old at the Stade de France in Paris in 2003.

The 5ft 1in phenomenon became the first woman to complete an Olympic double at 5,000m and 10,000m when she struck gold at both distances in Beijing in 2008.

She has held the world 5,000m record, 14 minutes 11.15 seconds, since 2008 and extended her range to the marathon in London on 13 April, finishing third behind Kenyans Edna Kiplagat and Florence Kiplagat in 2 hours 20 minutes 35 seconds.

It made Dibaba the third fastest ever debutante as a women’s marathon runner, behind Britain’s Paula Radcliffe and Kenya’s Lucy Kabuu.

She would have undoubtedly been faster had she not lost touch with the Kiplagats after dropping her bottle at the 30km drinks station. “I am going back to the track this summer, but I will definitely do another marathon,” she said.

The Bupa Great Manchester Run will be a stepping stone to that summer track season for Dibaba, who has never lost a 10,000m race on the track and whose last defeat at the distance on the road dates back to November 2002, when she finished runner up to Werknesh Kidane in the second Great Ethiopian Run. She was a 17-year-old junior at the time.

“Tirunesh ran a fantastic marathon debut in London and she’s recovered well,” said Peter Riley, elite athlete manager for the Bupa Great Manchester Run. “It will be interesting to see what she does in Manchester. Last year she came and sat in with the others until halfway and still broke the course record.”

Twelve months ago Dibaba was content to reach 5km in a relatively sedate 15 minutes 40 seconds before putting her foot on the accelerator and finishing out of sight of the rest of the field in 30:49 – 18 seconds inside the course record held by her compatriot Berhane Adere.

Sadly, there will be no rematch for Dibaba with Priscah Jeptoo, who beat her in the Bupa Great North Run half marathon on Tyneside last September. The Kenyan suffered a stress fracture in the London Marathon and has withdrawn from the prestigious IAAF Gold Label event.

Still, the elite women’s line up includes some of Europe’s leading lights: Italy’s Valeria Stranio, the marathon silver medallist at the World Championships in Moscow last summer; Sophie Duarte of France and Britain’s Gemma Steel, who finished first and second in the European Cross Country Championships in Belgrade last December; Portugal’s Sara Moreira, who has won silver and bronze at 5,000m at the last two European track championships; and Christelle Daunay of France, who finished third last year, behind Dibaba and Latvia’s Jelena Prokopcuka.

Established in 2003 as a legacy event for the Manchester Commonwealth Games of the previous year, the Bupa Great Manchester Run has attracted an equally impressive field for the elite men’s race this year. 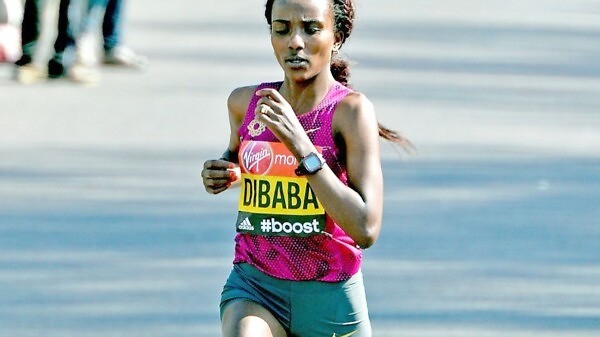 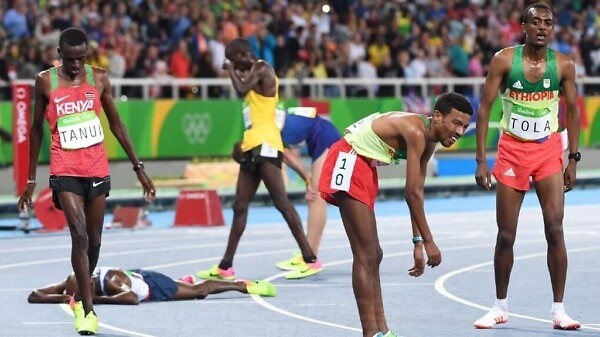 The Ethiopian Athletics Federation (EAF) have announced a 40-member team that will represent the country at the 2017 IAAF World Championships in London, UK...