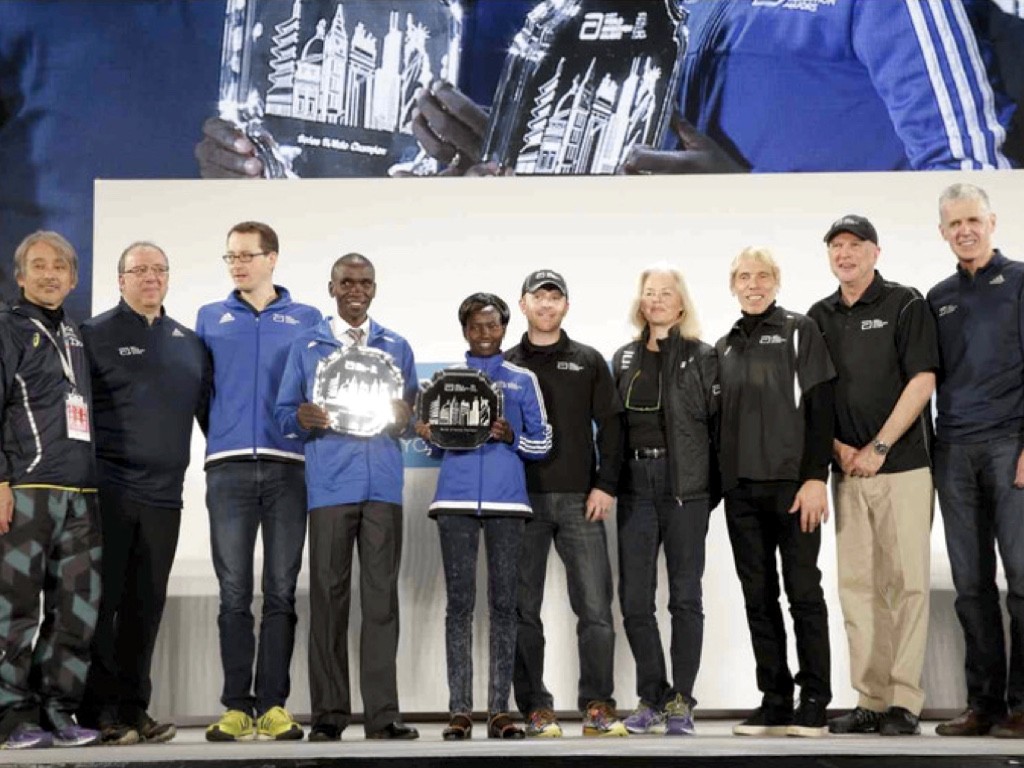 Kipchoge and Keitany, who will each earn $500,000 (USD), were honoured at an awards ceremony to mark the conclusion of the year-long series that featured the AbbottWMM races: the Tokyo, Boston, Virgin Money London, BMW BERLIN, Bank of America Chicago and TCS New York City Marathons, and the IAAF World Championships Marathon.

They represent the almost 600 runners from all over the world who have completed all six of the AbbottWMM marathons, and they were the first to receive the new medals that are now available to all Six Star Finishers.

The final race in Series IX concluded a year of remarkable races and significant developments for the Abbott World Marathon Majors. Series IX marked the first year of Abbott’s title sponsorship, which kicked off when the series began at Tokyo Marathon 2015.

“This year we’ve demonstrated our commitment to championing the sport, supporting the elite runners who prove that marathoners are among the world’s greatest athletes, and celebrating the 250,000 runners who every year join us on our iconic courses,” said AbbottWMM general manager Tim Hadzima.

“Congratulations to Eliud, Mary, David, Barbara and all our Six Star Finishers, and we look forward to the beginning of Abbott World Marathon Majors Series X and the new Wheelchair Series in Boston in April.”

“We are inspired by these amazing athletes – our elite champions, our Six Star Finishers, and all the runners – who show us what is possible through the power of health,” said Elaine Leavenworth, senior vice president, chief marketing and external affairs officer of Abbott.

“We are pleased to support the Abbott World Marathon Majors and celebrate all the runners who have worked so hard and achieved so much.” 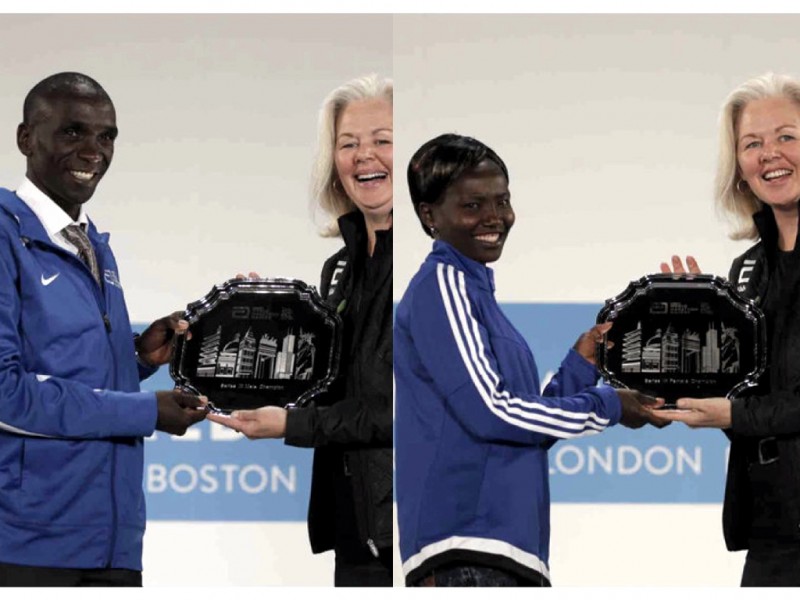 Athletes earn the following points by placing among the top five in qualifying races during the 12-month period:

The champions are the male and female athletes who score the most points during the one-year scoring period.

Points from a maximum of two races are scored. An athlete must start in at least two races over the cycle to be eligible. If an athlete earns points in more than two events, the athlete’s highest two finishes are scored.

The AbbottWMM race directors met as a group immediately after the conclusion of the Tokyo Marathon 2016 and participated in a vote to validate the winners of the AbbottWMM Series IX title.

The unanimous vote for the women’s champion focused on the strength of the race fields in which Keitany, Dibaba and Kiprop competed, as determined by the number of total AbbottWMM points earned by their competitors in the respective races.

The following races made up the Abbott World Marathon Majors Series IX: