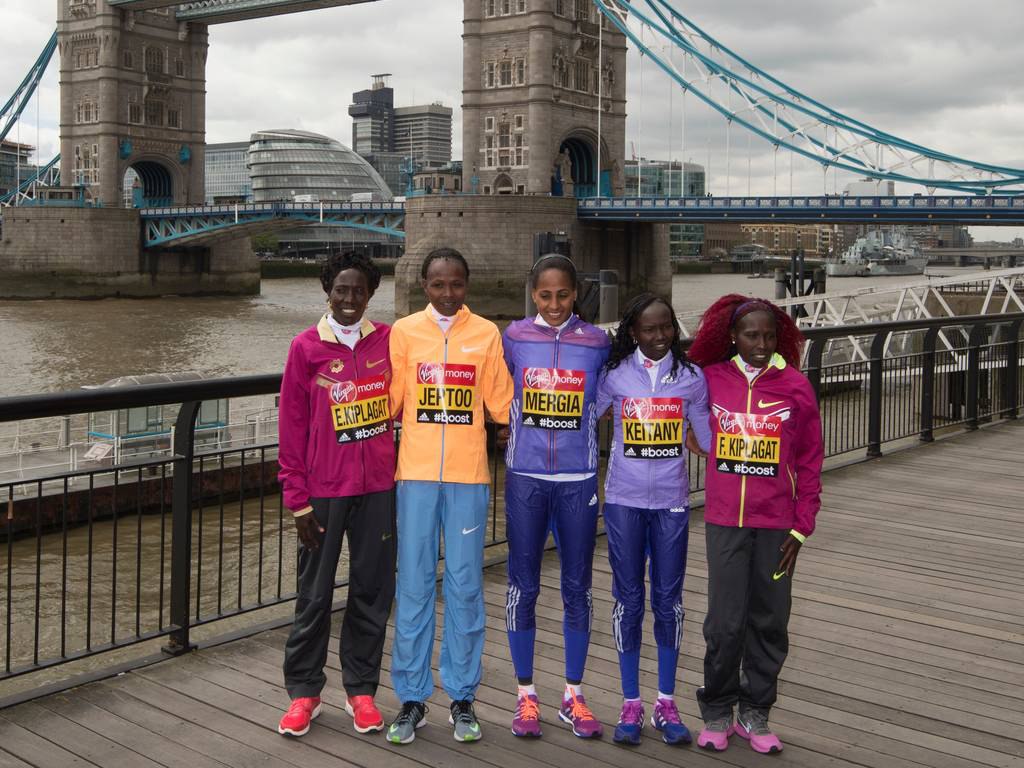 Having set an incredible world record in a mixed race of 2:15:25 in 2003, Radcliffe clocked 2:17:42 to win the London Marathon for a third time two years later, a mark which still stands as the fastest ever run in a women’s race without male pacemakers.

It’s a time no other female athlete has come close to matching in the years since – the best nearest being [link id=”141″ tax=”post_tag” text=”Mary Keitany” target=”_blank”]’s 2:18:37, set when retaining her London Marathon crown in 2012.

Radcliffe will also be in the race, making her final competitive appearance in a marathon, although she will start among the domestic championship runners behind the men’s and women’s elite fields.

“Paula has been a great athlete and a great inspiration to women marathon runners,” said defending champion Edna Kiplagat. “We look up to what Paula has done, especially her solo world record, and that is what we are trying to go for on Sunday.”

Kiplagat’s marathon best of 2:19:50 was set on the London course in 2012 when these four Kenyans filled the first four spots on the results sheet.

After finishing runner-up for two years in a row, she finally won the race last year when she beat her compatriot and namesake Florence Kiplagat by just three seconds.

The athletes who beat her in 2012 and 2013 are both in this year’s field, and they agreed that Radcliffe’s record is a realistic goal.

“Paula set the pace for us,” said 2013 champion Priscah Jeptoo. “She had such great energy. She didn’t fear anything and was always ready to push.

“For us to break the record we need that kind of motivation. We will try to push and see if we can match her time.”

After sub-2:20 victories in 2011 and 2012, Keitany is often cited as the woman most likely to approach Radcliffe’s barrier-breaking performances.

The 33-year-old returns to the London Marathon this year after a three-year absence to defend her 100 per cent record on the London course.

“I would love to be running with Paula because I know she has done the best time ever,” said the reigning New York Marathon champion. “In so many races, she did well and she made history.

“I have been away since 2012 and so it’s good to be back this year. I’m feeling better than ever and I’m happy to be on the Start Line again.

Florence Kiplagat also claimed to be in great shape ahead of Sunday’s race. The 27-year-old broke her own half marathon world record in Barcelona earlier this year, when she ran 65:09, a time that suggests she could challenge Radcliffe’s record over the full 26.2 miles.

“But Paula is in this race too, so why is she not pacing us?” she joked. “She’s the world record holder. That would be ideal.”

Aselefech Mergia is another sub-2:20 runner who’s in shape to attack records. Mergia has a best of 2:19:31 and she won the Dubai Marathon for a third time this January, finishing just two seconds outside 2:20.

“I would love to be breaking world records,” she said. “It’s important to do that but you have to work very, very hard. I want the Ethiopian record, though, that’s easy.”