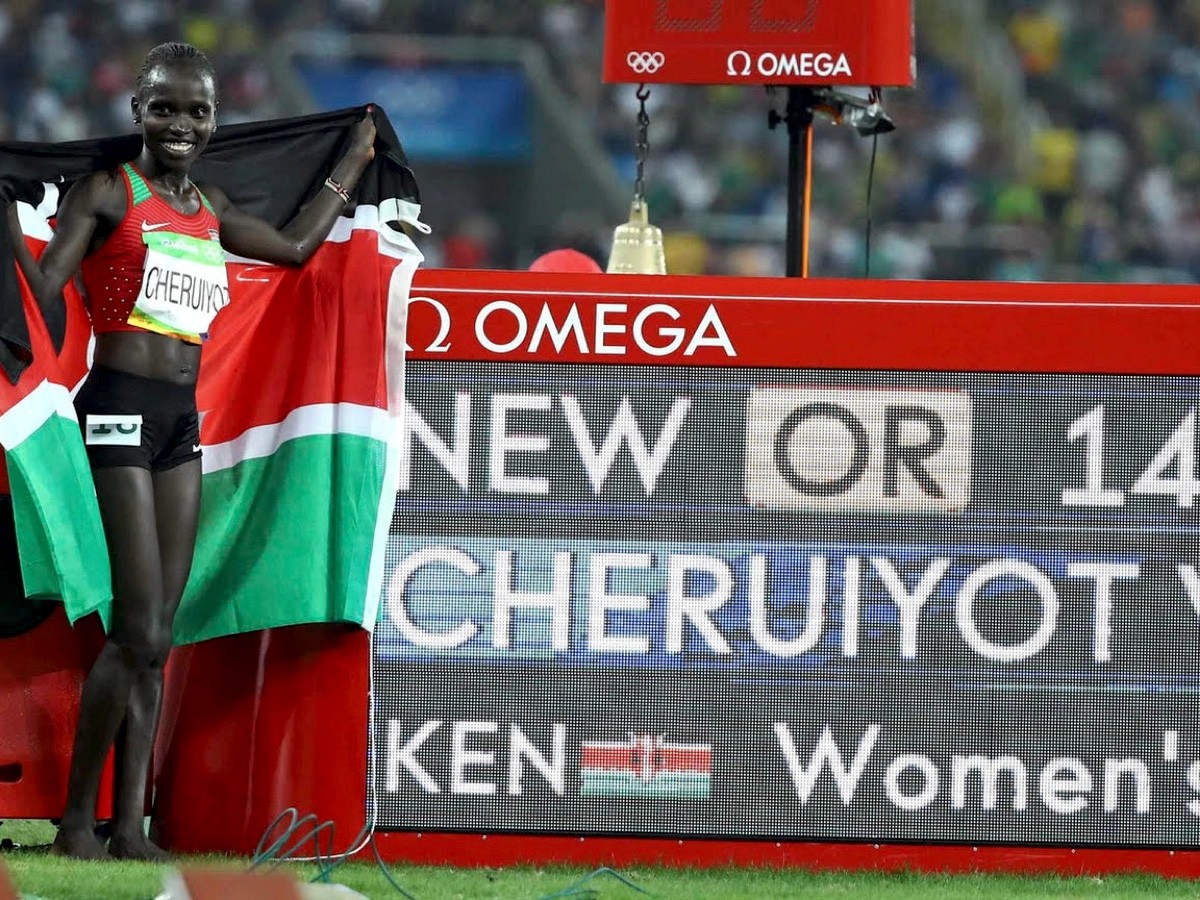 Vivian Cheruiyot of Kenya celebrates after winning the women's 5000m gold medal in an Olympic Record on day 8 at the Rio 2016 Olympics / Photo credit: Getty

Vivian Cheruiyot, 32, blasted past a tiring pre-race favourite, Almaz Ayana of Ethiopia, in the penultimate lap to scorch to victory in the final, crossing the line in a new Olympic record of 14:26.17.

“I’m so happy for me, my husband (Her coach, Moses Kiplagat), my son, my parents,” said Cheruiyot after the race. “This might be the last Olympics for me.

“Almaz is such a great athlete, we thought she would win again. She got ahead but then I thought, ‘She’s not moving’. I was working and I went past her.

“It was my fourth Olympic Games and I had not had gold. Almaz can go fast for 400m, then slow it down. Today I said, ‘I am going to follow her. I am not going to lose her’.”