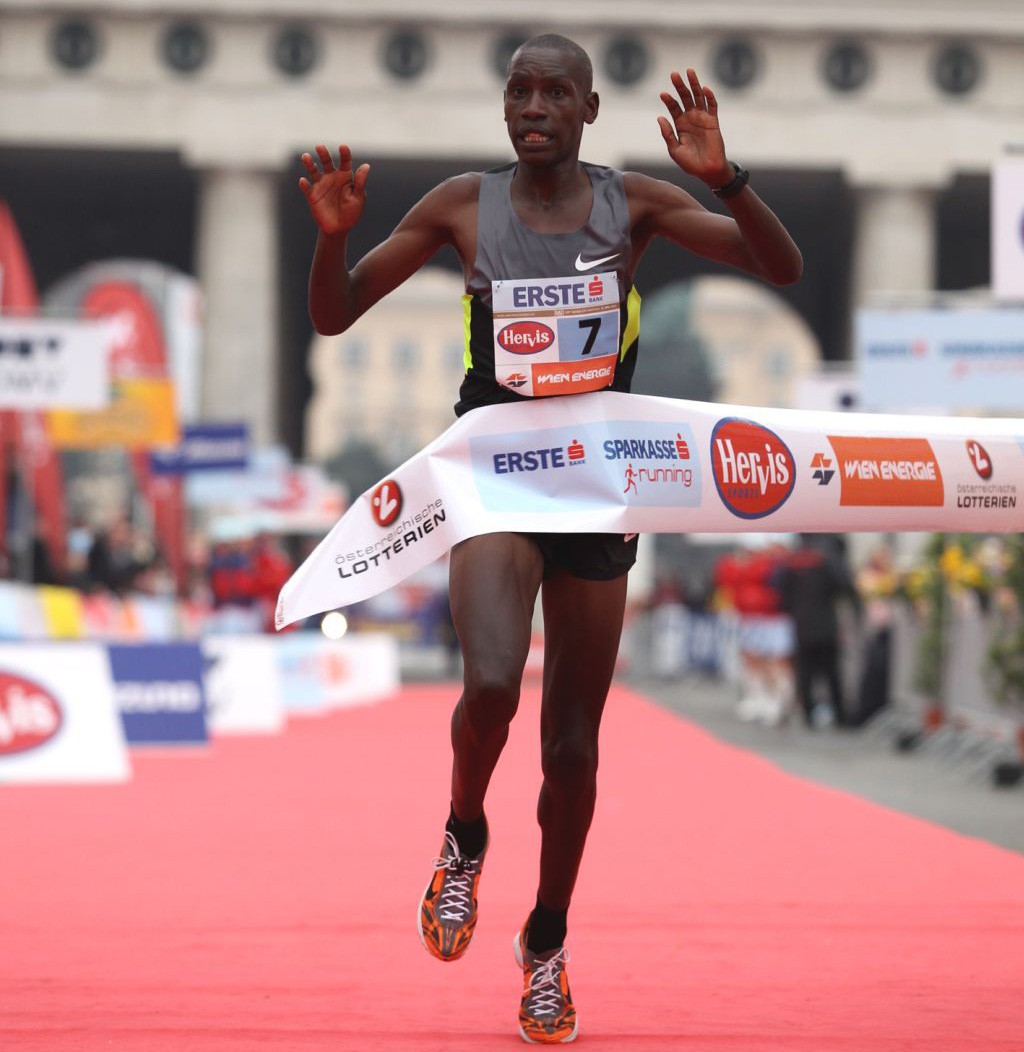 Kenya’s Henry Sugut, VCM’s defending champion and course record-holder, will face tough oppositions as he return to the Vienna City Marathon on April 14.

Among them is Jafred Chirchir Kipchumba, who features a personal best of 2:05:48. With this time the Kenyan will be the fastest runner ever entered into the marathon race.

A year ago Henry Sugut improved the course record of the Vienna City Marathon significantly. He won the race with 2:06:58, which was 40 seconds faster than the time fellow-Kenyan Abel Kirui had achieved in 2008. Also it was the first sub 2:07 result on Austrian soil and Henry Sugut became the first man to repeat a victory in Vienna since 1992. His first victory had come in 2010.

Next month he could make another significant contribution to the history of the race. If the 27 year-old can win again he would become the only athlete besides Austria’s Gerhard Hartmann (1985 to ’87) to take the Vienna Marathon three times.

Additionally next month’s race will give Gilbert Yegon a chance to get his revenge. The 24 year-old was second in last year’s race, when he precisely matched the time of the former course record ( 2:07:38). His personal best however stands at 2:06:18, which he ran winning the Amsterdam Marathon in 2009.

Two more Kenyans could do very well in Vienna: Peter Kamais is the winner of the Xiamen Marathon 2012. He clocked his personal best of 2:07:37 in China. Geoffrey Ndungu took the Dublin Marathon in 2011 with a PB of 2:08:35. He had been seventh in last year’s Vienna City Marathon with a time of 2:10:00.

Quite often in the past there have been fine performances by European runners in Vienna. Mustafa Mohamed could do well this year.

The Swede, who originally comes from Somalia and who had been a training partner of Britain’s double Olympic Champion Mo Farah some years ago, has turned to marathon running last year. Originally a world-class steeple chaser Mohamed ran a debut time of 2:12:28 in Hamburg last April when he placed ninth. He then was fourth in Italy’s Firenze Marathon in November with 2:12:34.

The Vienna City Marathon, Austria’s biggest sporting event, is one or Europe’s most traditional big city races over the classic distance. An IAAF Gold Label road race, the organisers expect a record number of more than 38,000 runners to take part.