Fahnbulleh raises the bar for Liberian sprints, despite missing… – AthleticsAfrica 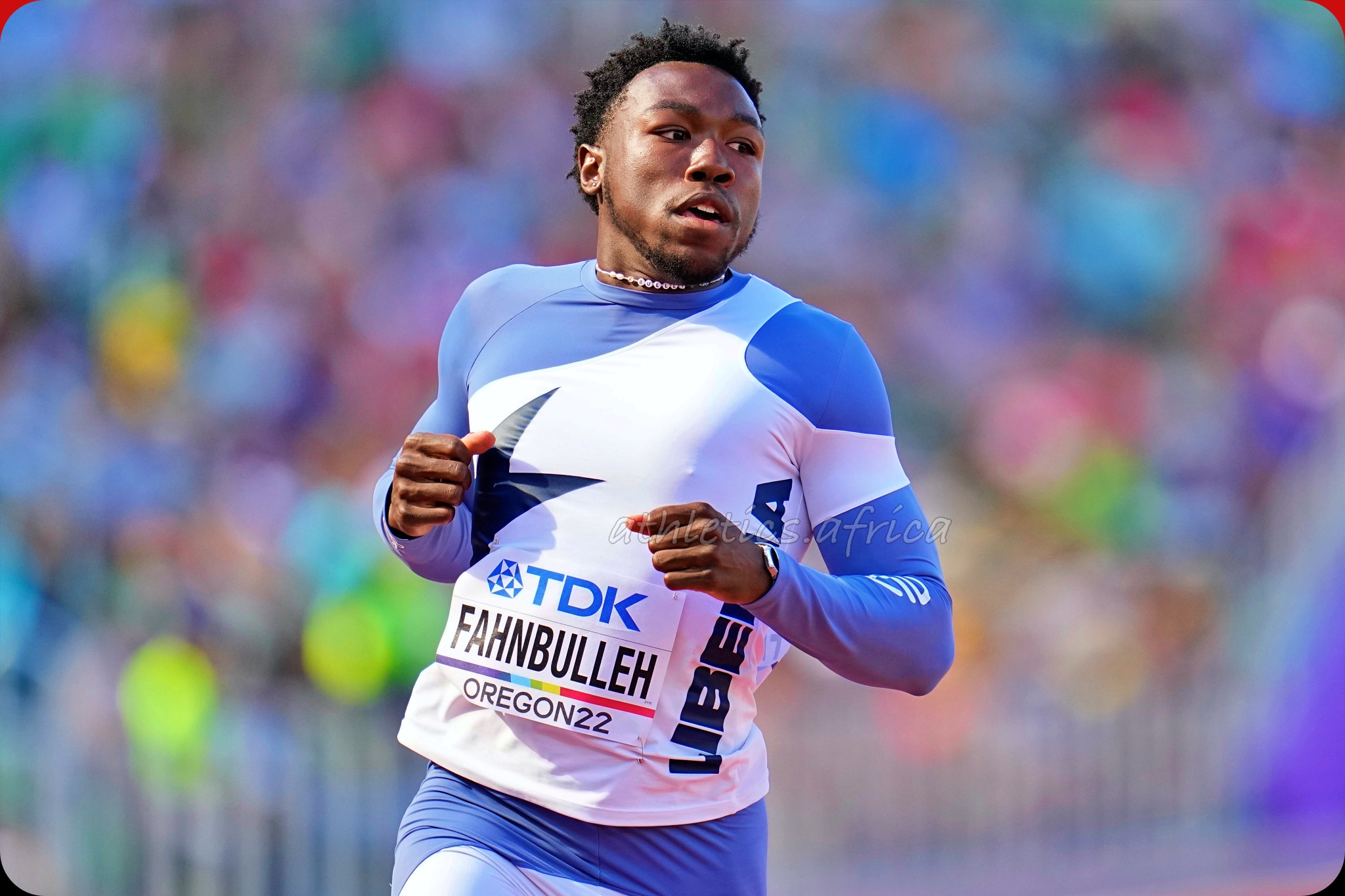 Liberia’s Joseph Fahnbulleh was just short of a medal in the men’s 200 metres dash on the Thursday of the World Athletics Championships Oregon22, finishing fourth in 19.84 seconds, just .04 behind bronze medalist Erriyon Knighton of USA.

Team USA swept the race with Noah Lyles setting an American record of 19.31 for gold, while Kenny Bednarek (19.77) and Knighton (19.80) settled for silver and bronze medals respectively.

The other African athlete in the final, Luxolo Adams of South Africa, finished in 8th place with 20.47.

Liberia had a total of four athletes competing in the World Athletics Championships— Joseph Fahnbulleh was the only one so far to advance to the final of his event. Ebony Morrison will compete in the women’s 100 metres hurdles on Saturday.

“I’m thankful that I’m at the position I’m at where I can get exposure consistently and put the name out there,” said Fahnbulleh.

Aside from his disappointment, it’s been a strong season for Fahnbulleh, who won the NCAA titles in the men’s 100 and 200 metres, helping the University of Florida take home the team title.

However, he doesn’t plan to return to Florida.

“I will not be returning to the NCAA after this meet,” said Fahnbulleh “Y’all are hearing it first.”

This is just the beginning for Fahnbulleh. After about a week of rest and recovery, he plans on traveling to Europe to compete and work on “executing” his race plan.

He won’t be leaving Oregon with any hardware this time, but one thing he will take away is experience.