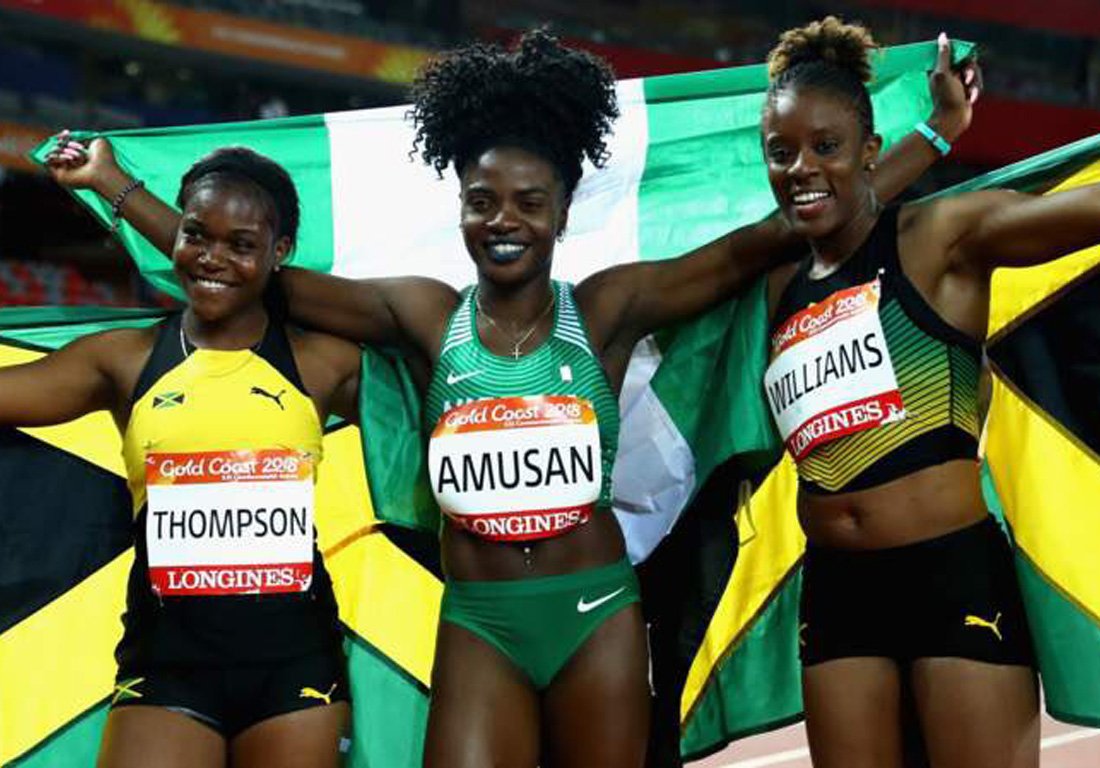 Tobiloba Amusan clocked a season’s best time of 12.68 secs in the women’s 100m hurdles final to clinch gold, becoming Nigeria’s first ever sprints hurdles champion in Commonwealth Games history. The African nation had won two bronze medals in the event in past games but no Silver nor Gold till today.

With a lifetime best of 12.57 secs, the 20-year-old was one of the top favorites to finish in a medal position before the start of the qualifying round.

Amusan, the 2017 NCAA Champion, rose up to the occasion, racing to 12.73 secs to comfortably win her Heat at the Carrara Stadium, and qualified for the final with the second fastest time.

With so much pressure on her to deliver in the final, with 2015 World Champion Danielle Williams as her strongest competitor, Amusan put up a spirited performance by overcoming a poor start, to level up in the race, before speeding pass the Jamaican, who settled for 2nd in 12.78 secs.

Another Jamaican, Yanique Thompson, won the bronze medal in 12.97 secs.

This will be a soothing relief for the hurdling sensation, who prior to this has had several failed attempts at winning her first senior major medal for the country.

Amusan bowed out in the semifinals at Rio 2016 Olympic Games, then London 2017 World Championships, and recently at the Birmingham 2018 World Indoor Championships, where she finished 7th in the 60m hurdles final.

Earlier in the day, Nigeria scooped her first gold medal on the track at the Gold Coast 2018 Commonwealth Games when Suwaibidu Galadima won the Men’s T47 100m Final in a 11.04 secs.