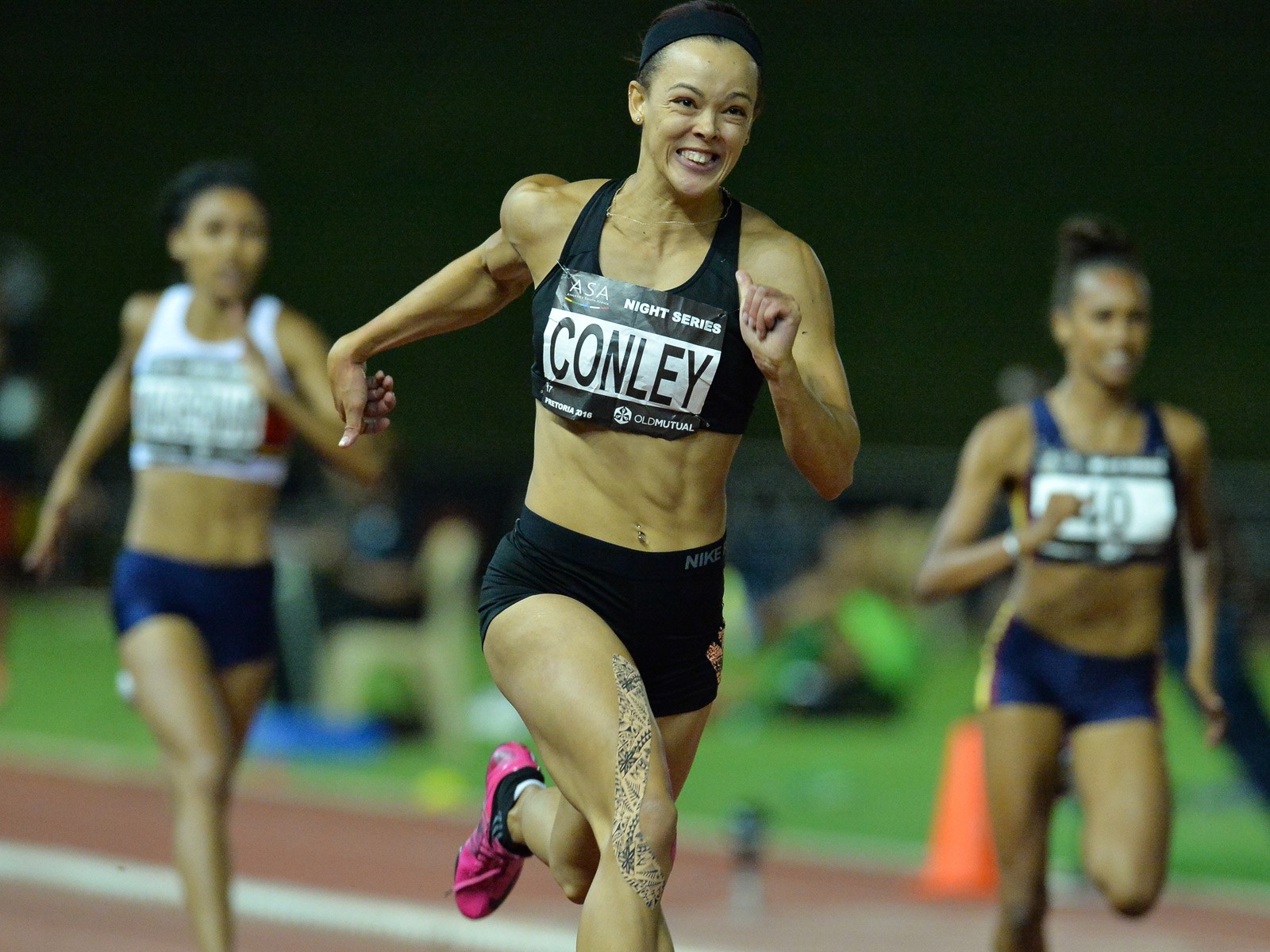 Alyssa Conley finished second in the Women’s half-lap race in 23.00, bettering her career record by 0.01, with Gina Luckenkemper of Germany edging her out for the win in 22.91.

While she had the benefit of a +1.8m/s tailwind in the short dash, Conley had to contend with a -1.4m/s headwind in the 200m race, restricting her chances of dipping under 23 seconds for the first time.

Competing in the Men’s B Race, Fredericks crossed the line in 50.15, with European Championships silver medallist Magi Rasmus of Estonia securing victory in 49.95 ahead of Welsh athlete Dai Greene (50.02), the former world champion.

Nel clocked 56.07, with fellow World Championships finalist Sara Slott Petersen of Denmark taking the win in 55.20 and holding off a challenge from European champion Eilidh Doyle of Scotland who grabbed second spot in 55.57.

Antonio Alkana shared fourth place with Shane Brathwaite of Barbados in the Men’s 110m Hurdles race, with both athletes registering the same time of 13.55.

Lawrence Clarke of Great Britain, the Commonwealth Games bronze medallist, snatched the victory in a hard-fought contest in 13.42.

In the Women’s Long Jump, Maryke Brits was fifth, producing a best leap of 5.93m, as Canadian Christabel Nettey grabbed the win with a 6.56m effort.