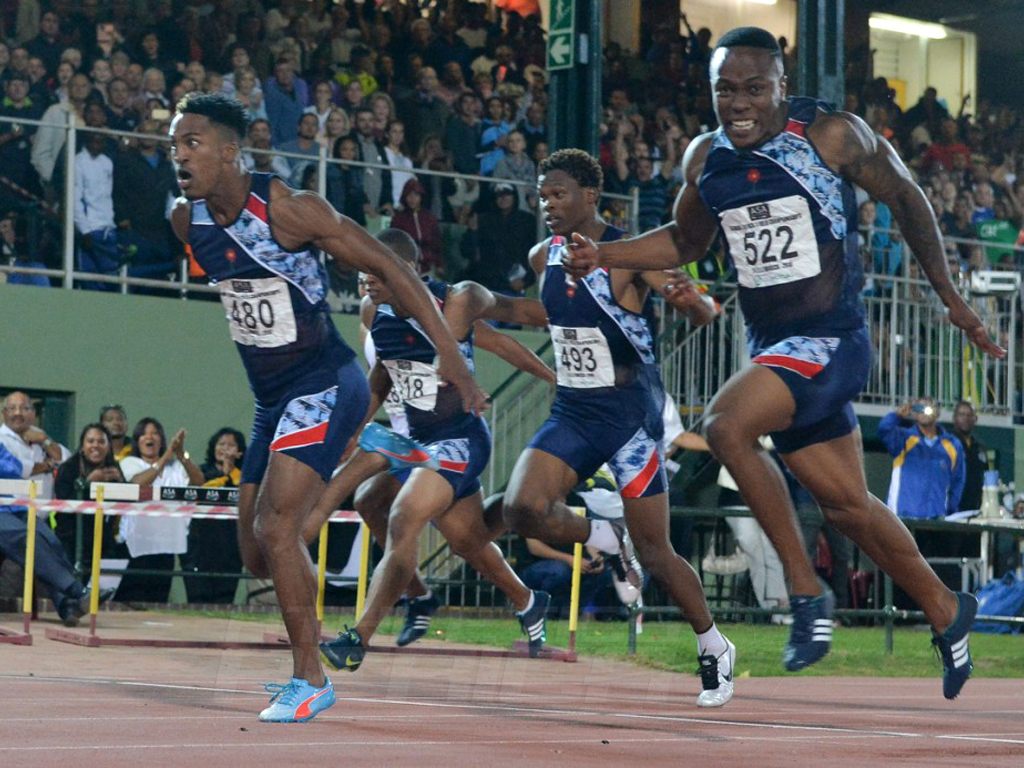 Henricho Bruintjies pulled off the victory in 10.17, with Akani Simbine second in 10.21

Alyssa Conley and Henricho Bruintjies dominated the sprint races at 2016 South African Senior Championships in Athletics at Coetzenberg in Stellenbosch on Friday.

Horn settled for second place in 11.37, while Western Province’s Tamzin Thomas was third in 11.67.

“I’ve always believed in myself. I knew it was going to be a tough race, but after the first ASA Night Series when she basically caught up to me, I knew I could do it,” Conley said afterwards. “I was very focused and ready for the final.

[link id=”477″ tax=”post_tag” text=”Wenda Nel”] laid down a marker with a world-leading time of 54.84 seconds to claim the national women’s 400m hurdles title in what was her first race of the season.

Anneri Moolman took the silver medal in 58.66 ahead of  Gezelle Magerman, who claimed the bronze medal in 59.03.

“It was very nice. I came out with quite a big expectation for myself, but I didn’t want to pressurise myself too much as it is my first meet of the year. I did hope for a sub-55, and I am very happy that I could execute it in that way,” said Nel.

“Stride-pattern worked out, I was just in control. Didn’t go out that fast, so I had a lot of power and strength at the end, and I just fought for the line.

“I hope so (to break 54 seconds)! It is in the planning, and I do hope that everything can work out for that 53 because that will definitely be the kind of time you have to look at to be on the podium at the Olympics,” Wenda Nel added.

Bruintjies pulled off the victory in 10.17 seconds, with Akani Simbine second in 10.21 and Emile Erasmus finishing third in 10.29 seconds.

Simbine – who ran 10.06 in his semi-final, the fastest time at the coast in South Africa – appeared to have injured his hamstring as he was helped off the track by some athletes.

“Unbelievable, I’m on top of the world! It was nice. For me, the only thing I wanted to do is come out here and take the title. I haven’t been on the podium for a while,” Bruintjies said.

“Time is not important today – it is all about the title and being number one. Times will come.

“I love my new coach, and training with Akani – I think he hurt himself in the race, and as his training partner, I don’t feel good about that. I hope he gets well soon. But training together is working perfectly as we are pushing each other,” Bruintjies added.

“This is my 14th SA senior champs and I still love the sport a lot. [link id=”228″ tax=”post_tag” text=”Irvette”] and I had diarrhoea over the last two days, and the lady who looks after our child.

“So I almost pulled out of the race as I wasn’t feeling too well this morning. But I did well with a 50.12 in the heat, I knew I could run faster in the final. My coach still wants me to lose 2kg in the next two months, so I must chill on the carbs and I’m not drinking beer,” he added.