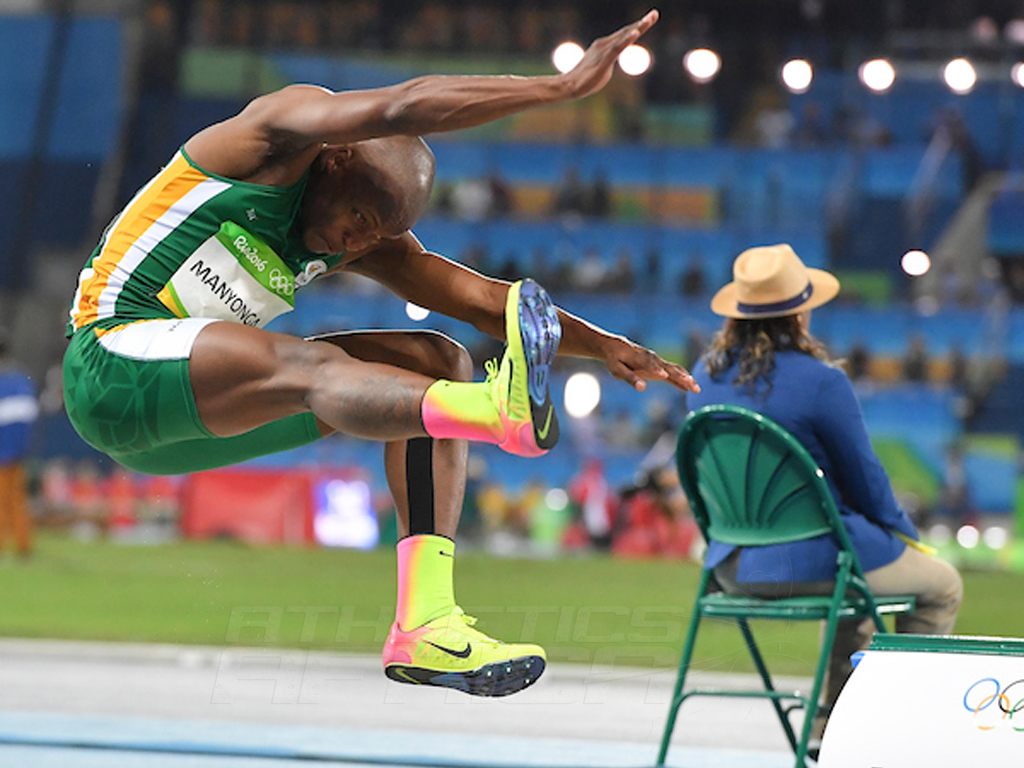 South African Luvo Manyonga soared to a lifetime best jump of 8.37m on Saturday to bag South Africa’s first track and field medal on day two of the athletics competition at the Rio 2016 Olympic Games.

Manyonga held the lead until the final round when American athlete Jeff Henderson produced a leap of 8.38 to take the gold medal.

“I wasn’t nervous. I felt it inside that it was coming, so I was relaxed and I just took it out,” a clearly delighted Manyonga said after the event. “Long term, I’m still wanting that world record. It’s coming.”

Fellow South African Ruswahl Samaai was unable to make the cut after the third round, with a best leap of 7.97m to finish ninth. 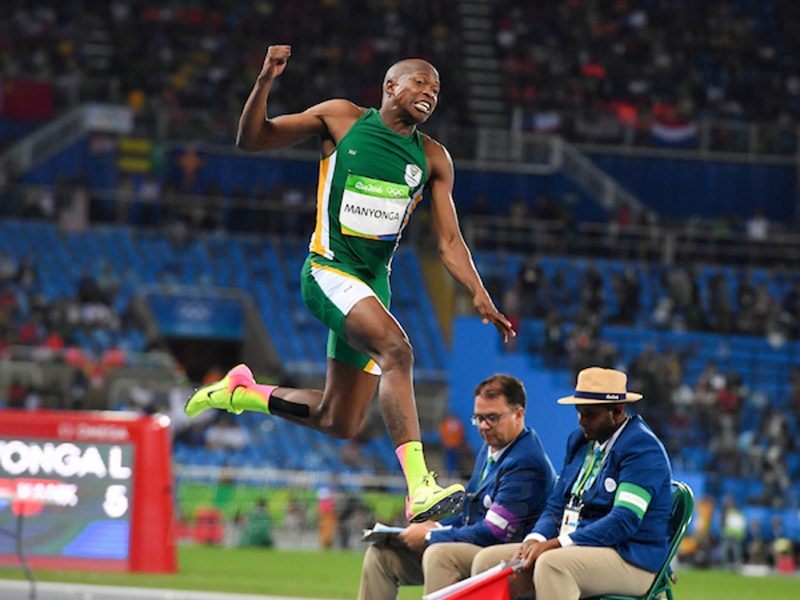 Wayde van Niekerk coasted through the semifinals of the 400m Men sprint, taking second place in his heat in 44.45 to book his place in Sunday evening’s final.

“I feel comfortable and I got to open up, so I’m feeling positive,” Van Niekerk said.

Joint national record holder Carina Horn crossed the line in sixth position in her semifinal of the 100m women contest, clocking 11.20, but it was not enough for her to progress.

Middle-distance runner Rynardt van Rensburg was also eliminated in the penultimate round of the 800m men event, though he produced the race of his life to finish fifth in his heat in a personal best time of 1:45.33.

The SA Sports Confederation and Olympic Committee (SASCOC) announced the withdrawal of Irvette van Zyl from the women’s marathon on Sunday with a foot injury.

The SA flag would be carried by Lebo Phalula and Christine Kalmer in the classic 42km race.