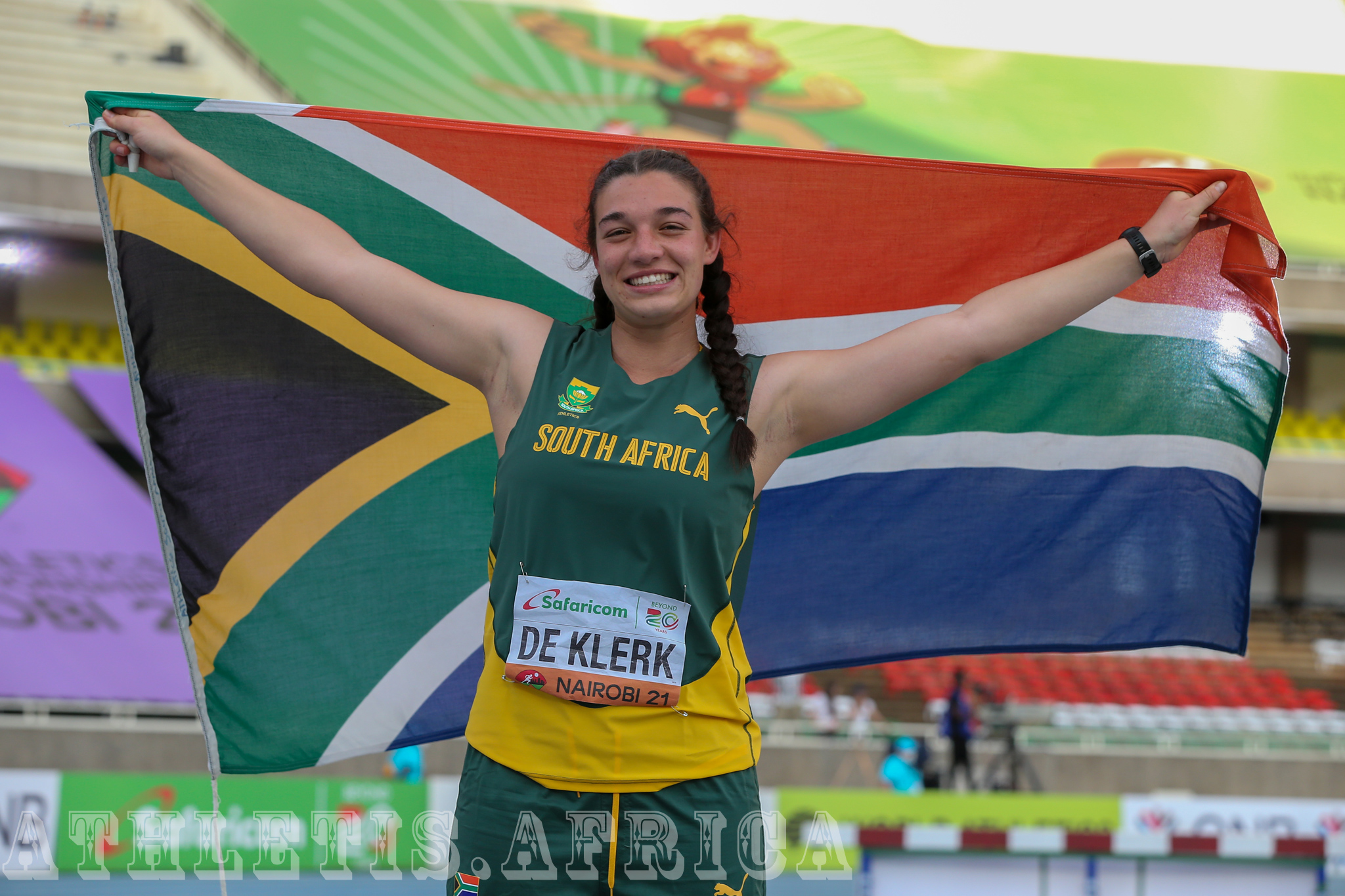 Mine de Klerk won a silver medal for in the women's shot put at the World Athletics U20 Athletics Championships on Day 4 at the Kasarani International Stadium on August 21 / Photo Credit: Dan Vernon for World Athletics

One of South Africa’s brightest track and field prospects, Mine de Klerk, proved she had adjusted quickly to her new environment when she opened her 2022 campaign over the weekend by breaking her own national U20 women’s shot put record.

Competing in her first collegiate season as a freshman at the University of Oregon, De Klerk produced a 54.22m heave to win the discus throw competition at the Aztec Invitational meeting in San Diego, California on Saturday.

The 18 year-old rising star added nearly a metre to her own national junior mark of 53.50m which she had set when she bagged the silver medal at last year’s World Athletics U20 Championships in Nairobi.

De Klerk, the world junior shot put champion, again showed her versatility by winning the shot put contest at the Aztec Invitational with a 17.04m effort.

“This achievement does not come as a surprise at all,” said James Moloi, the President of Athletics South Africa. “She has clearly remained focus since her golden performances at the WA U20 Championships in Kenya.

“We congratulate her, coach and support staff for what has been achieved over the weekend. Her move to study in USA has not clouded her ambitions and we can only encourage her to keep her focus on targeting the world.”

In this article:Athletics South Africa, James Moloi, Mine de Klerk