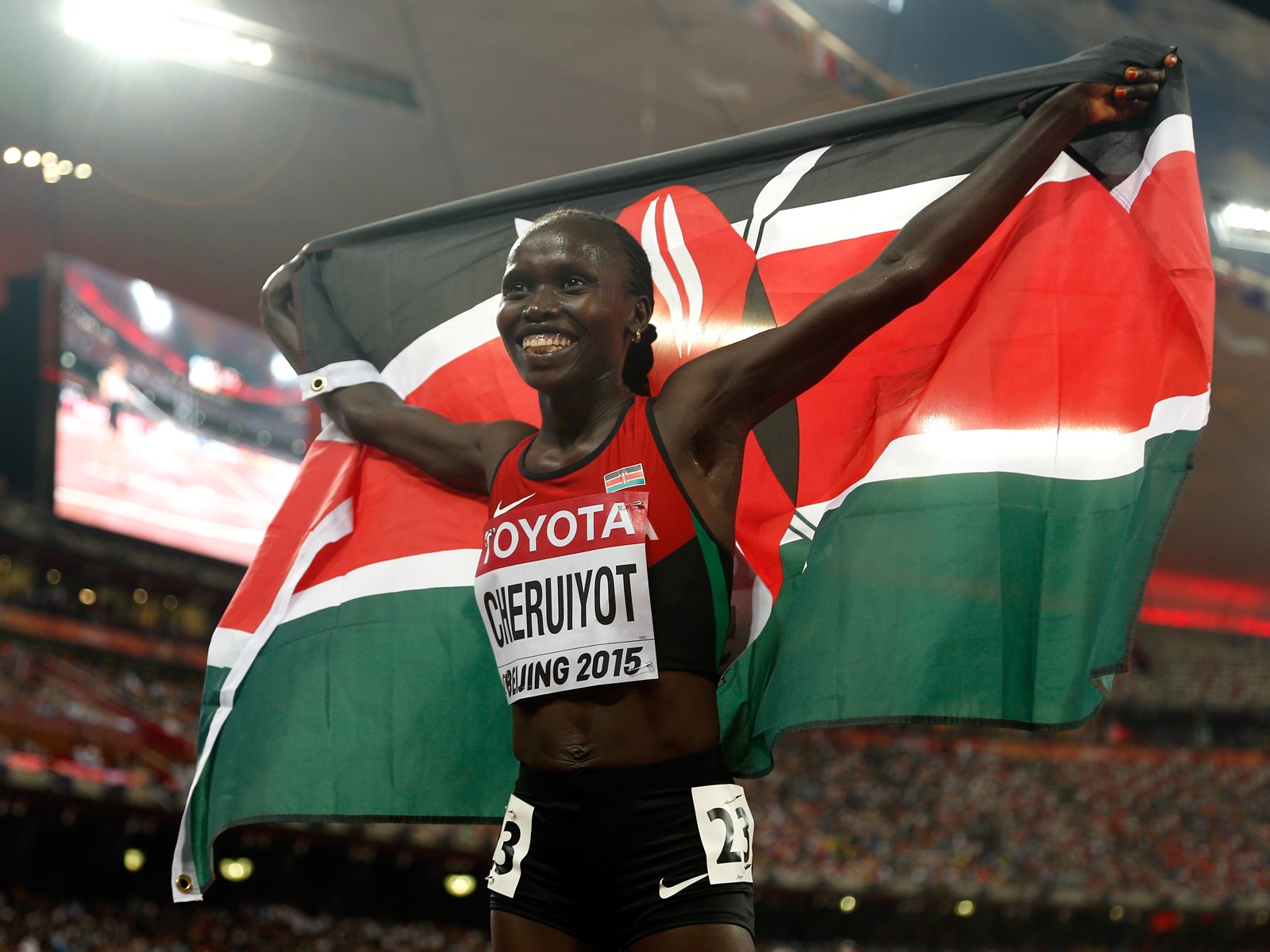 Great comebacks from veterans Vivian Cheruiyot and Ezekiel Kemboi propelled Kenya to the top of the medal standings at the close of the third day of the 2015 IAAF World Championships in Beijing, China.

The Kenyan also won the silver and bronze medals in the 5000m and 10,000m respectively at the London 2012 Olympic Games before taking time out for the birth of her first baby.

Olympic silver medallist [link id=”405″ tax=”post_tag” text=”Sally Jepkosgei Kipyego”] settled for a fifth place finish in a season best of 31:44.42 after two years out with injury.

After the race, a elated Vivian Cheruiyot said: “This is my real comeback. I had many thoughts in my head during the race but I told myself I want to win no matter how hard it is.

“To go take a maternity break and comeback strongly and win world gold is not easy. The pace was slow but I was coming to do my best. Gelete has a strong kick and I was saying if she comes I will use my best until my finishing point and it worked.” 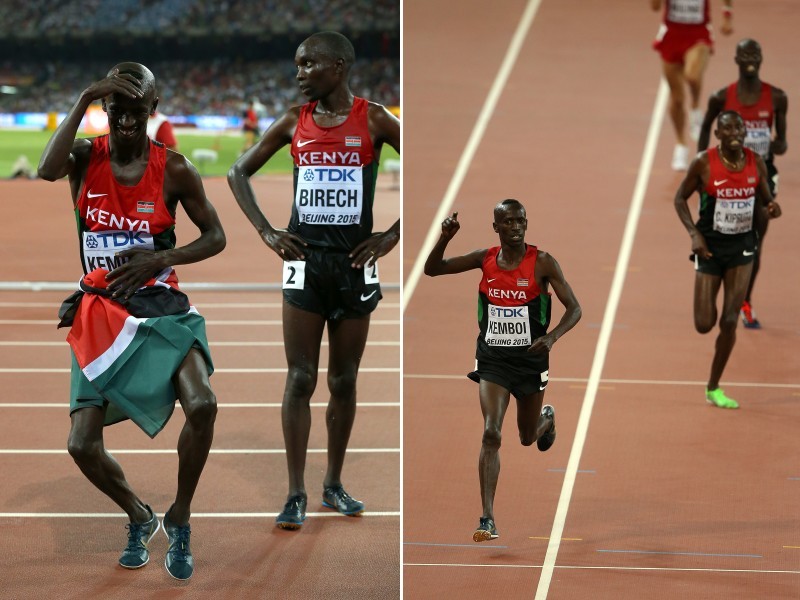 Kemboi’s gallant race to a record fourth steeplechase victory in 8:11.28 marked a historic 1-2-3-4 sweep of the men’s steeple by the Kenyans with Consenslus Kipruto, Brimin Kipruto and Jairus Birech in tow.

“I wanted to break my coach’s (Moses Kiptanui) record good to make history and also ensure Kenya remain in the history book by winning 1-2-3-4,” said a dancing Kemboi after the race. “It is good to see one flag raised for all the medallists.”

“I am very happy I wanted to make history as the best steeplechaser in the world. It was a strong race but the good thing we maintained the pace but I never went in front, only in the last 400m. On the last lap I knew nobody could follow me.”