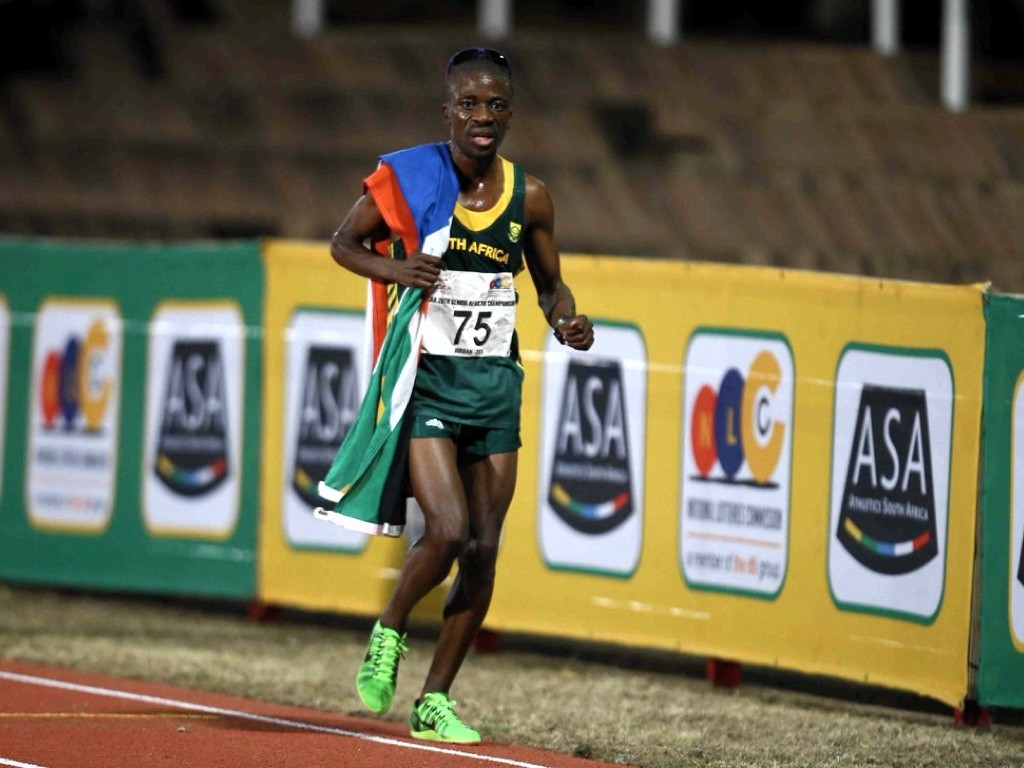 Stephen Mokoka got the host South Africa their first of two gold medals on day one of the 20th CAA African Senior Championships, Durban 2016 at the Kings Park Athletics Stadium tonight.

Stephen Mokoka and Nolene Conrad were the top South African finishers at the IAAF World Half-Marathon Championships in a tough day of competition for the Rainbow Nation in Valencia, Spain on Saturday.

Mokoka put up a fight in a large lead group, but Kenyan athlete Geoffrey Kamworor stretched the field with an incredible surge, clocking a 13:01 split between the 15km and 20km marks. Kamworor went on to win his third straight global 21.1km title in 1:00:02.

Though he was swallowed up by the field in the closing stages, Mokoka held on to finish 16th in 1:01:26.

In the women’s contest, Netsanet Gudeta Kebede took the win for Kenya in 1:06:11, a world record for a women’s only race.

In the team competition, the South African women settled for the 15th position.

“Our athletes once again had a hard time against the other teams under the same conditions, which means that our athletes and coaches need to work extra hard in preparation for the 2019 IAAF World Cross Country Championships.

“We need to find a solution and close the gap in the performance delivery of runners at both road and cross country. Their counterparts in Track and Field are far ahead.

“We cannot throw in the towel. There is a glimmer of hope but we need to work very hard indeed to turn things around.”