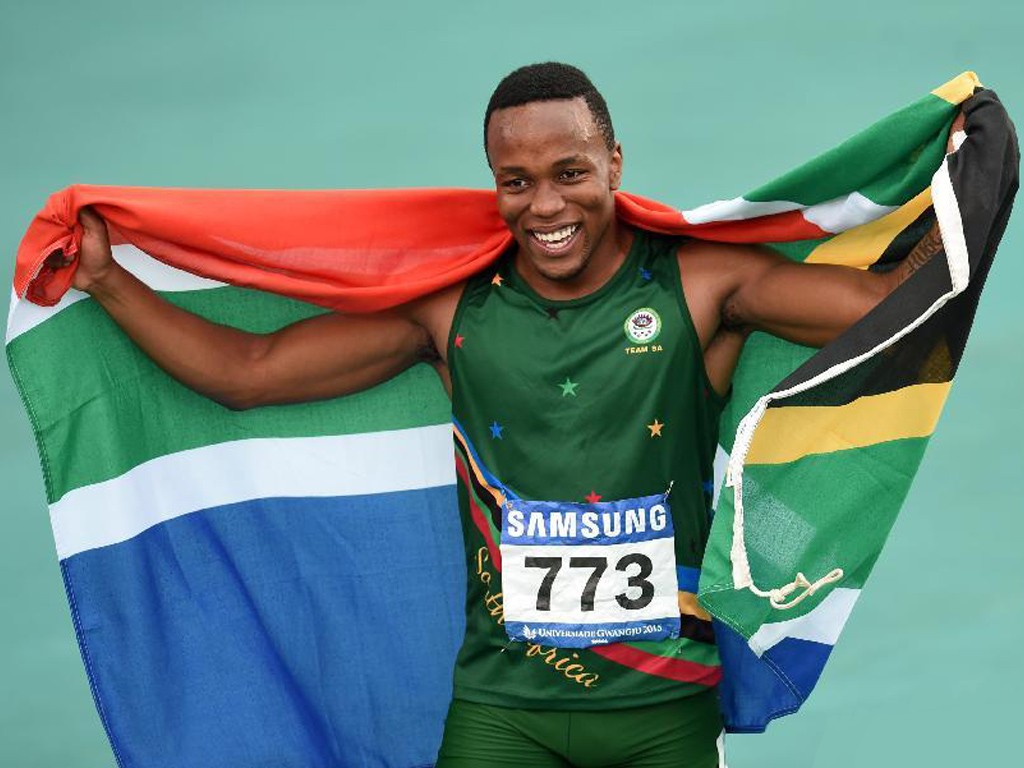 Akani Simbine won the race in 9.89 seconds (+1.9m/s), dipping on the line to beat Jamaican star Asafa Powell, who finished second in 9.92.

He bettered his own national mark of 9.96 seconds, which had been set in Pretoria four months earlier.

Simbine’s performance was the second national record (both still need to be ratified) set in the space of four days, after Caster Semenya clocked 1:55.33 to win the women’s 800m race at the IAAF Diamond League meeting in Monaco last week.

Simbine also won the men’s 200m race in 20.16 seconds, bettering his previous personal best of 20.23, which he had set at the IAAF World Championships in Beijing last year.

He covered the half-lap distance 0.08 quicker than Isiah Young of the United States, who settled for second position.

“Congratulations to Simbine and Semenya, as well as their coaches and management teams,” said Aleck Skhosana, the President of Athletics South Africa.

“These performances show they are on track for the Rio Games, and we wish them well in their final preparations.”

In other events, Olympic champion David Rudisha from Kenya returned to winning ways by running a world-leading 1:43.35 to win the men’s 800m.

South Africa’s LJ van Zyl was second in the men’s 400m Hurdles in 49.78, edging out third-placed Rasmus Magi of Estonia by 0.01, with Keisuke Nozawa of Japan securing victory in 49.26.

Alyssa Conley took fifth place in the women’s 200m dash in 23.22, as Veronica Campbell-Brown of Jamaica stormed to victory in 22.52.