Getu Feleke: A major step for him and for Vienna – AthleticsAfrica 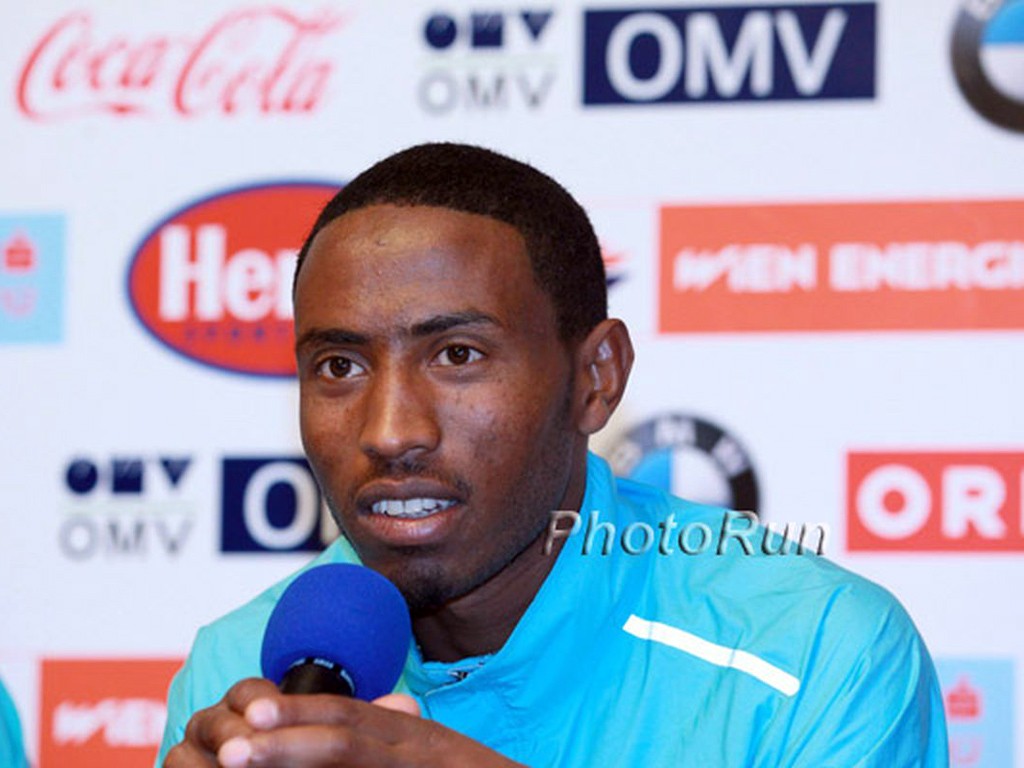 When Kenya’s Abel Kirui won the [link id=”116″ tax=”post_tag” text=”Vienna City Marathon” target=”_blank”] in 2008 with a course record time of 2:07:38 this was a big step forward for the biggest and best quality road race in Austria. But at that time none dared to think that the Vienna record could go sub 2:06 one day.

This is a new dimension for the Vienna City Marathon, which is an IAAF Gold Label Road Race. As statistician Ken Nakamura points out the race is now the 15th fastest in the world. In the year when the motto of the race was “Everybody waltz” Vienna really waltzed forward.

For 27 year-old [link id=”433″ tax=”post_tag” text=”Getu Feleke” target=”_blank”], Vienna was a major step back into world-class. Running the second fastest time of his career it was the third time he registered a sub 2:06 result.

It was a very good race for me, although in some parts it was windy. If some of my rivals would have hold on longer I could have run sub 2:05 today.

But the most important thing for Feleke was that he succeeded after stomach problems stopped him last year. He is not fully over it yet, but hopes this will be the case soon.

“My big problem really is my stomach,” said Feleke, who clocked his personal best of 2:04:50 when he was second in Rotterdam in 2012. There was a scare in Vienna two days before the race, when he got problems after lunch.

“Then I ate more bread yesterday and it was getting better. However during the final two kilometres the problems came back.” But Feleke held on to a brilliant course record.

“It was a very good race for me, although in some parts it was windy. If some of my rivals would have hold on longer I could have run sub 2:05 today,” said the winner, who grew up 55 kilometres north of Addis Abeba in Aleltu. Nowadays he lives in the capital and is coached by Getaneh Tessema.

Tsegaye Kebede and Ayele Abshero are among his training partners. Although he does not train with Haile Gebrselassie he said that he learnt from the Ethiopian superstar. “I saw that he always follows the pacemakers and that he drinks every five kilometres.”

“I would very much like to come back to Vienna,” said Feleke, who will now target an autumn marathon first. “I want to run the Berlin Marathon in September.”

Asked about a possible world record pace in that race he replied: “My dream is to break the world record. I train very hard for this.”

In the pre-race press conference Feleke had explained that on some days he trains three times and that he covers up to 280 kilometres in a week during marathon training.

“I would also like to run for [link id=”82″ tax=”category” text=”Ethiopia” target=”_blank”] in the World Championships and in the Olympic Games one day.”