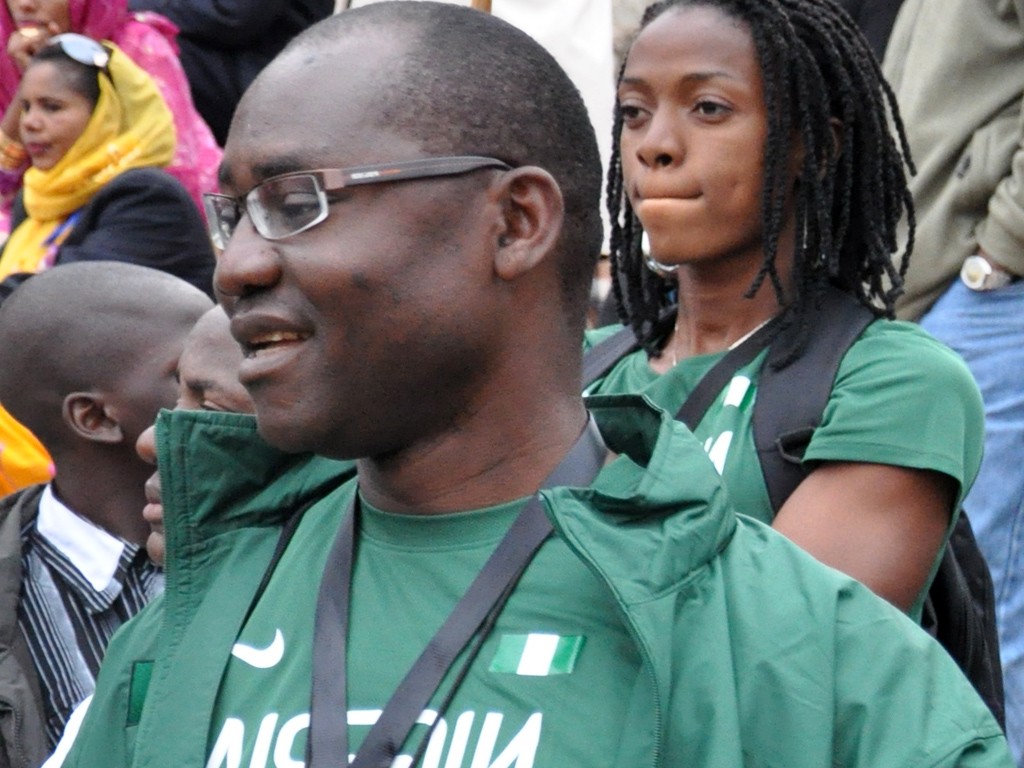 The 68th Cross Rivers/All-Nigeria Track and Field Championships kick-off in Calabar, Cross-Rivers State tomorrow. The three-day championships, which serves as selection trial for the Nigerian team to the 2014 Commonwealth Games in Glasgow and the African Senior Championships in Marrakech, will run from the June 19 – 21, 2014.

AthleticsAfrica: What is your general assessment of this year’s meet?

Nesiama: My general assessment is that it has been very good. We are getting more and more popular by the number of countries that are coming to participate. Today is an attestation that we are growing in popularity and we are expecting to do better next year.

AthleticsAfrica: How many countries were around for this year’s edition?

Nesiama: About 10 countries from different continents.

AthleticsAfrica: -Attention shifts to Calabar for the national trials, how prepared is the AFN?

Nesiama: On our own as AFN as the technical committee, we are prepared and we are preparing. We are entering a meeting and I came out of the meeting just to attend to you, we are going now to conclude on the selection standards for the Commonwealth Games.

Our intention is not to go to the Commonwealth games again with a large contingent that will not be able to make appreciable impact. So the standard is going to be very high and I don’t have any apologies for it.

We have committed so much into this and we want to ensure that we go with a quality team. So when we are done with the meeting tonight, we will be able to disclose what our standards for qualification would be.

AthleticsAfrica: How is the Federation planning to combat drugs use amongst the athletes?

Nesiama: We are going to conduct doping exercises on our athletes every athlete going to the definitely undergo a doping test and after that we will sure we move into the training camp and by so doing we at least try to ensure that our athletes are presented dope free. I think in recent time we have not gone to a competition and have an issue. It means our mechanisms are actually working out well.

AthleticsAfrica: Some of the Nigerian athletes camped in the USA were here to compete. Would you say the camping paid off with their performance in Warri?

Nesiama: The camping paid off. It could paid off better but it paid off because the time returned today in the premium events were quite commendable. We expect them to continue to improve. We had a bit of injuries because the training program was changed and they were not used to the program but with time they will get used to it and I believe that some of it is the result I am getting now.

So I won’t say the camp was a waste and they have justified some of the investment put into that camping, it was huge. By next week, we should have better stories to tell.

AthleticsAfrica: Any plans to re-jig the relay team going by the performance of the Police team on the home front?

Nesiama: One thing with relay you may not be one of the fastest runners to win because consistency matters when relays are run and the tactics you also employ matter. The relay team (Police) has been running together consistently for the year and it shows that can make an impact but today, with putting together a little bit of the national team. At the end of it all when we put the whole team together, I believe we will make appreciable impact at the world level.

AthleticsAfrica: Thank you very much.