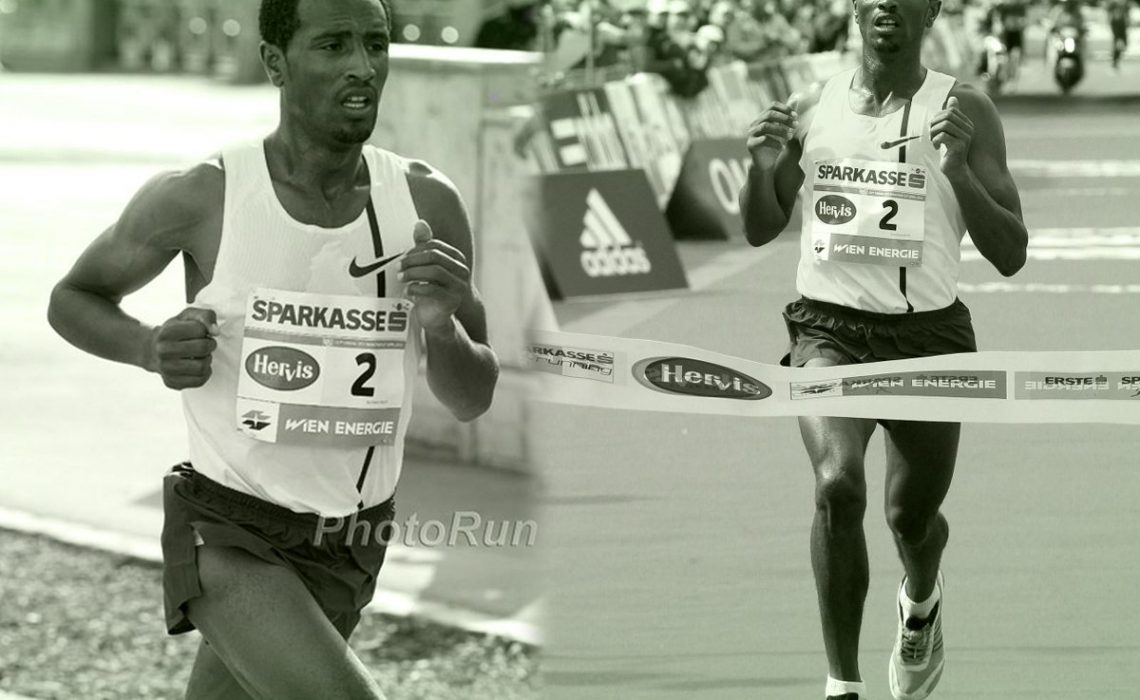 After celebrating his biggest triumph so far Sisay Lemma revealed that he only started training at the age of 17 and did so barefoot at first.

“I heard about them when I was at school and of course I knew about [link id="76" tax="post_tag" text="Haile Gebrselassie"].

"However I had no ambitions myself at that time to become a runner,” said Sisay Lemma, who grew up on his parents’ farm in high altitude of 3,000 metres. “I have three sisters, but they are not running.”

“I concentrated on school first and had to help my parents with farm work. So I had 14 hour days. I did not do any sports,” recalls Sisay Lemma, who finally started running and training at the age of 17 when he was still in high school.

“For the first two or three months I had no shoes, so I ran barefoot on the grass. It was no problem, but it changes your running style.”

Two-time 1,500m World Indoor Champion Deresse Mekonnen was among his neighbours and he went to the same school. This was the runner who gave Sisay Lemma some inspiration.

[link id="695" tax="post_tag" text="Sisay Lemma"], who is coached by Mohamed Kila and has none of the many prominent Ethiopian marathon runners in his group, then also took the Warsaw Marathon in 2013, improving to 2:09:02.

In a high-class Dubai Marathon this January Lemma achieved a fine fifth place with 2:07:06. “I am in even better shape now than before Dubai,” he said two days before the Vienna City Marathon.

He added: “I would really like to come back next year and try it again, because it was a great race on a great course and the support of the people was amazing.”

With some of the prize money he earns from road racing [link id="695" tax="post_tag" text="Sisay Lemma"] supports his nephew.

“He started running a little bit back home, but now he lives with me in Addis Abeba. He goes to high school and for now concentrates on education. Once he finished school he will go back to Chacki and start training properly. If he does well he could return to Addis to join me,” explained the Vienna City Marathon champion.

Sisay Lemma will now target a fast autumn marathon. Most likely he will either run Berlin in September or Frankfurt in October. The 24 year-old has high ambitions: “I want to make the Rio Olympic team.”

Kenya
The Eyes of the World turn to Vienna: “There is only one Kipchoge“
Ethiopia
Bekele set to lead Ethiopian charge for world class times in Berlin
Kenya
Kiprop smashes course record, Kipchumba takes men’s title in Vienna
Close