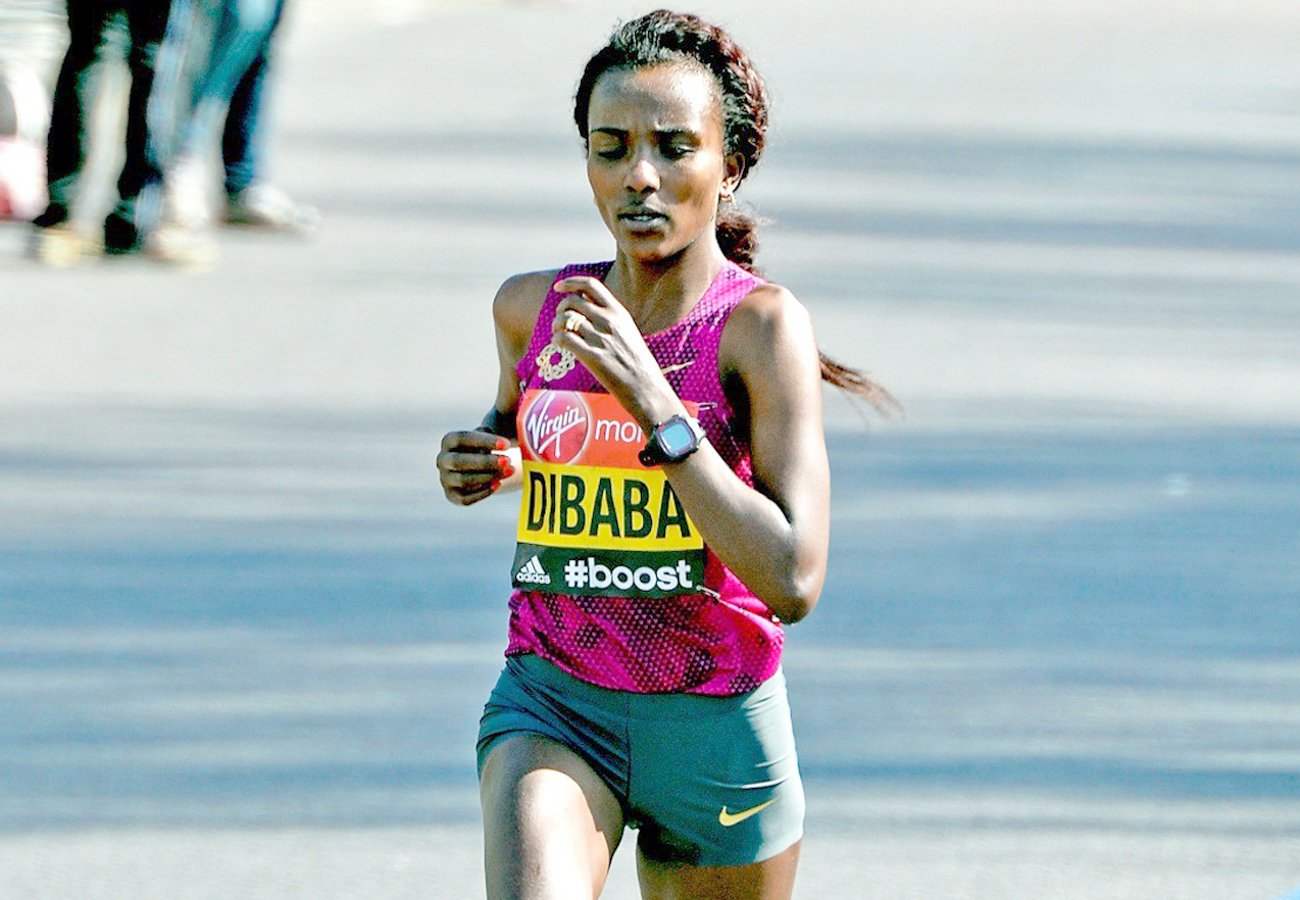 The 2017 Chicago marathon champion Tirunesh Dibaba is the first major name confirmed for the elite women’s race at the 2018 Virgin Money London Marathon.

The Ethiopian distance running queen, who has three Olympic gold medals and five World Championship victories to her name on the track, is the latest big name to be revealed as part of the 2018 Virgin Money London Marathon Elite Week.

Dibaba, 32, has twice appeared in London before – and has improved with every performance.

She made her marathon debut in London in 2014, finishing third in two hours 20 minutes and 35 seconds before returning last year and coming second behind Mary Keitany in 2:17:56 – the third fastest marathon time in history in a women-only race.

The mother-of-one returned to the track last summer to win a silver medal in the 10,000m at the World Championships in London before picking up her first marathon win at the Chicago Marathon in October (2:18:30).

That victory put her joint top of the Abbott World Marathon Majors (AWMM) Series XI leaderboard which started with last year’s Virgin Money London Marathon and concludes after this year’s race, counting the results of the World Championship marathon plus the marathons in Berlin, Chicago, New York, Tokyo and Boston in between.

A win for Dibaba in London this year will ensure she would secure the AWMM Series XI title.

Biwott, 31, famously helped push his compatriot Eliud Kipchoge to within eight seconds of the World Record in the 2016 Virgin Money London Marathon as the pair battled it out over the second half of the course.

The 2015 New York City Marathon champion Biwott finished second to Kipchoge on that day in 2:03:51 making him the sixth fastest marathon runner in history.

It was the second time Biwott finished runner-up at the London Marathon after trailing only Wilson Kipsang in 2014.

Adola is another man who has pushed Kipchoge to the very limit.

The 27-year-old looked on course for a shock win at last year’s Berlin Marathon before Kipchoge recovered to win in the final miles. Adola’s time of 2:03:46 was the fastest debut marathon ever.