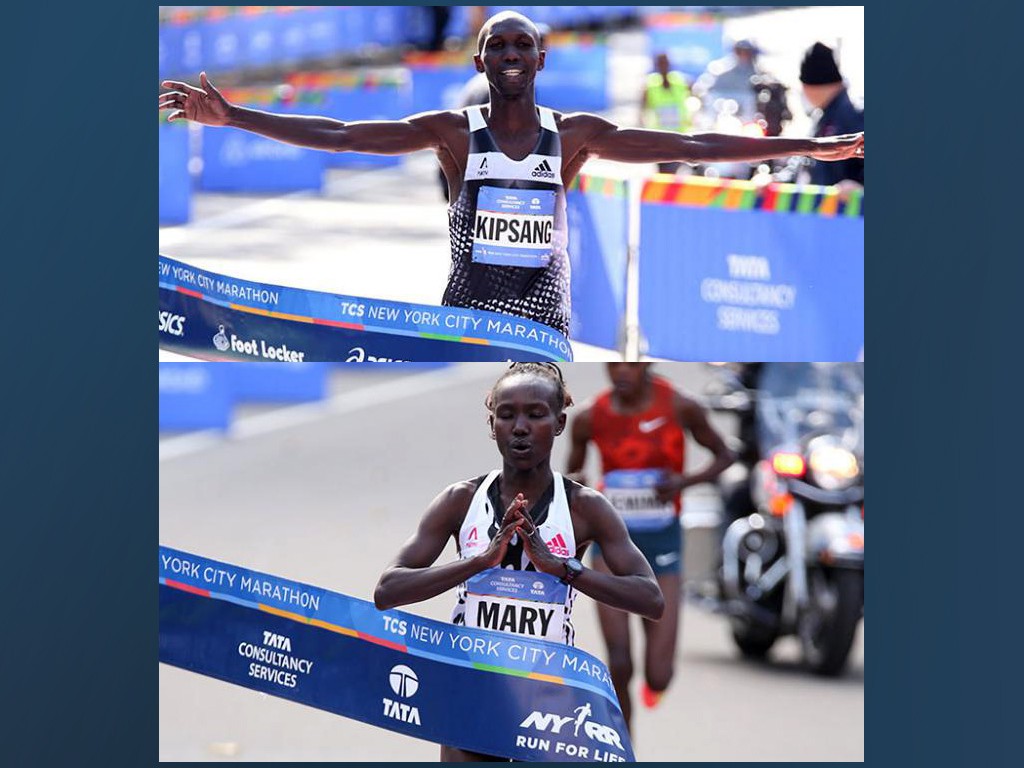 Kenyans Mary Keitany and Wilson Kipsang surged to a clean sweep of the men’s and women’s titles at the 2014 TCS New York City Marathon on Sunday.

Kipsang and Mutai ran in tandem at the front with seven others still in contact until the 20-mile mark . But after they turned to the south and acquired a tailwind, a two-man break was made with Mutai dropped by Wilson Kipsang and Ethiopian [link id=”569″ tax=”post_tag” text=”Lelisa Desisa”].

Ethiopia’s Lelisa Desisa settled for second in 2:11:03 while his compatriot and 2010 New York winner Gebre Gebremariam took third in 2:12:13

“I’m used to a fast pace from the start,” said the Kipsang after the race. “Here, with no pacemakers and so much wind, I had to exercise patience.”

“I worked hard for this opportunity,” said Keitany who got redemption for the disastrous race in 2011 where she raced out to a big lead only to be passed and forced to settle for third place in New York.