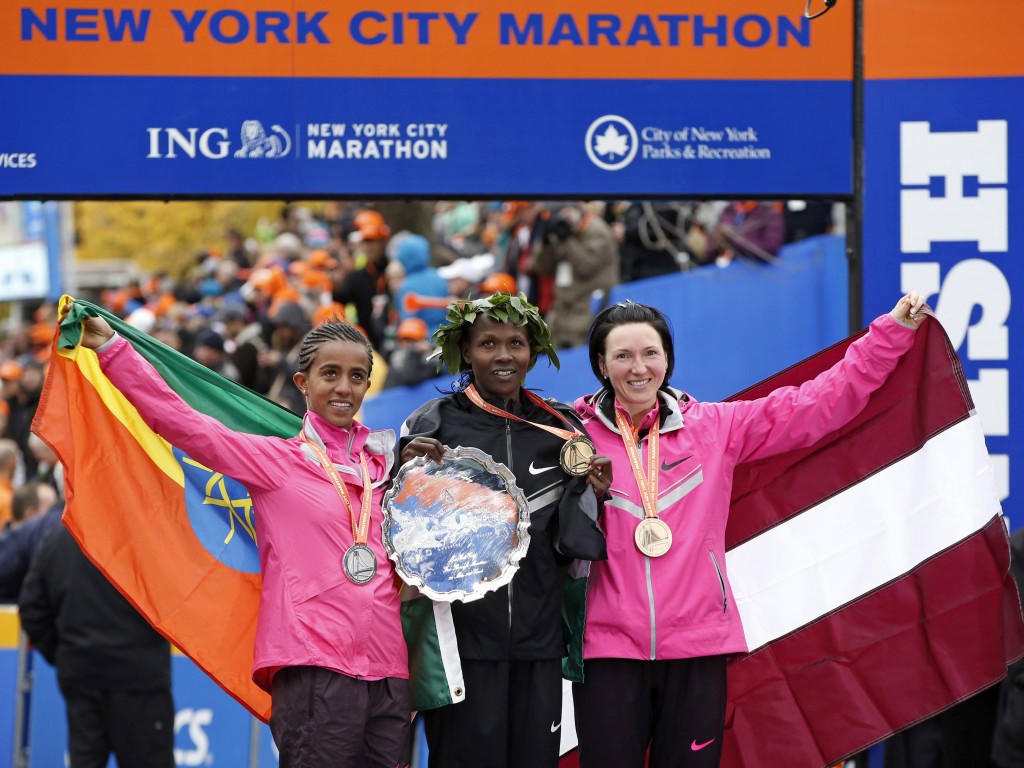 Defending women’s champion Priscah Jeptoo and 2014 Virgin Money London Marathon runner-up Stanley Biwott, both of Kenya, have withdrawn from the 2014 TCS New York City Marathon (to be run on Sunday, November 2) due to leg injuries.

“I am very disappointed that I will not be able to defend my New York City Marathon title this year,” said Jeptoo. “Unfortunately, the injury I suffered at London in April was more serious than I thought and took me a long time to recover from.

“I am now 100-percent healthy, but the remaining time I have will not allow me to be ready to honour the race and my title the way I should for such a great event.

“I tried the last three weeks, but realized my top fitness is far away. I will refocus my training to be ready for next season and come back to New York next year in top form,” she added.

Desisa, 24, will be making his New York City Marathon debut. He had an exceptional 2013 marathon campaign, recording victories in Dubai and Boston and earning a silver medal at the IAAF World Championships.

His time in Dubai, 2:04:45, is the fifth-fastest debut in history. This year, he won the super-competitive RAK Half-Marathon, leading a record eight men under the one-hour barrier.

She won the 2013 Rotterdam Marathon, the 2011 Castellon de La Planta Marathon, and the 2006 Las Vegas Marathon, which was her debut at the distance. She has never finished outside of the top five in a marathon.

Last year, 50,266 runners crossed the finish line of the [link id=”326″ tax=”post_tag” text=”New York City Marathon”], making it the world’s largest marathon ever. Runners from more than 100 countries and each of the 50 states participated.