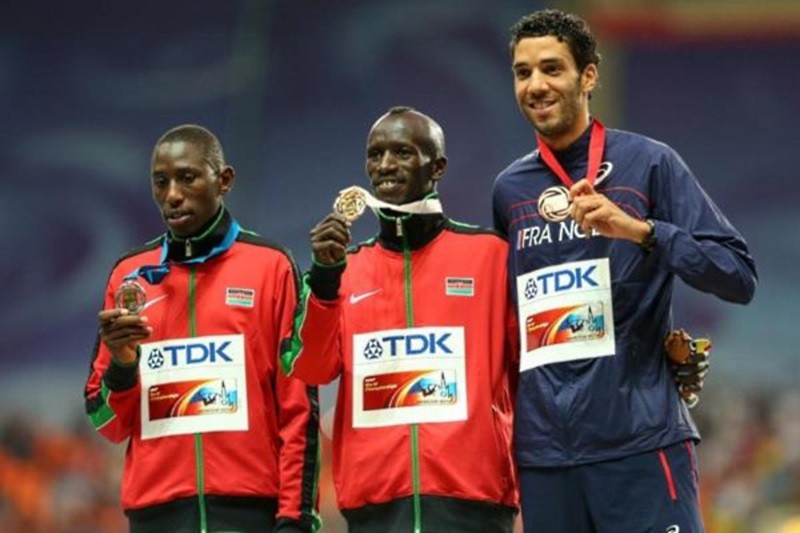 Kemboi, also a three-time world silver medallist, had taken the lead at the bell, but dropped back entering the back straight after being elbowed by team-mate Kipruto, who also signalled something was up as he raised his arm angrily.

Mekhissi made his move at that moment cruising into second, but just as it seemed he might finally get the better of his close friend Kemboi he stumbled on landing after the third-from-last steeple.

Kemboi saw his chance and went wide to pass the Frenchman and then Kipruto rounding the final bend.

“It is good to be the king. Oh, at the Olympics, it was just too cold,” said Kemboi after the race.

“Today, it was good for me to have the same hairstyle. I am wearing a t-shirt under my national gear with a dedication to the President of Kenya because this year we have elections in Kenya and I am supporting him. I do not know what my next aims could be, I have to get a rest and after the break I will see.”

The younger Kipruto, not hiding the rivarly and animosity between him and Kemboi says: “I am so disappointed. I can’t even talk”. We should expect fireworks then between the two at the remaining Diamond League meetings this season then. 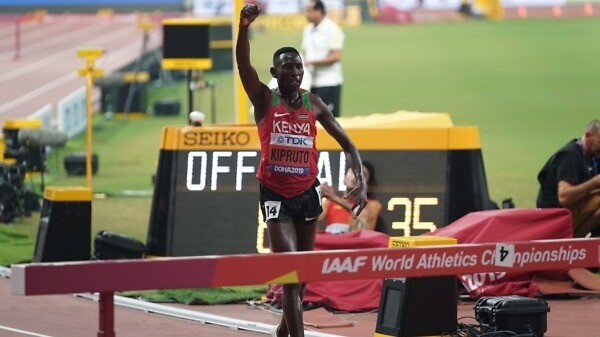 Doha 2019: Kipruto nicks Steeple gold on the line on day 8

Kenya’s Conseslus Kipruto came from behind to snatch his second successive world title on the finish line in the men’s 3000m steeplechase at Doha... 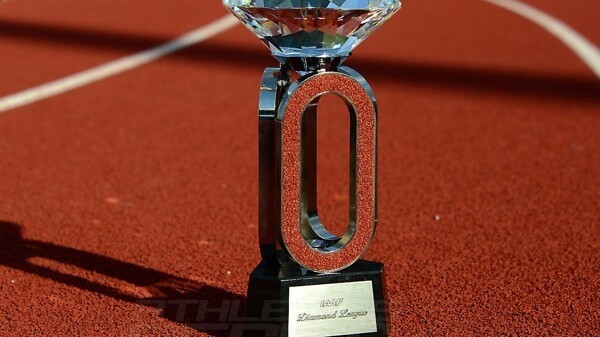 Semenya and Dibaba dominate, Cheruiyot and Kigen shine in Eugene

South African Caster Semenya produced another peerless display of middle-distance running to set a meeting record and world lead of 1:55.92 in the women’s... 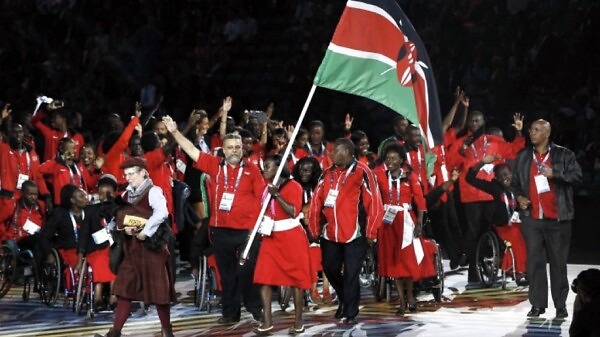 Athletics Kenya (AK) has selected a strong team with a good blend of youth and experience for the Gold Coast 2018 Commonwealth Games after... 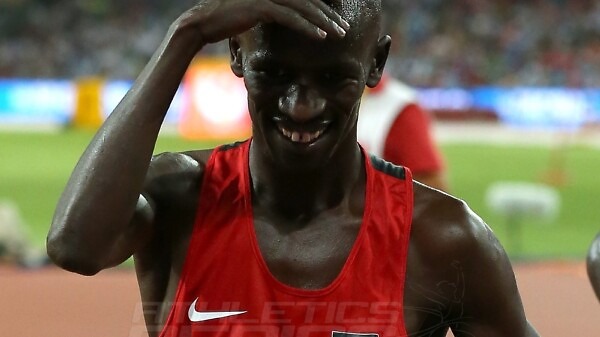 Ezekiel Kemboi's chase for the fifth World Championships title keeps him going and takes him to London 2017, Michelle Katami writes for AthleticsAfrica.